New Gear: Everpix 2.0 will Organize Every Photo You’ve Ever Taken and Display Them Beautifully

This cloud-based photo-organizing service gets a solid update 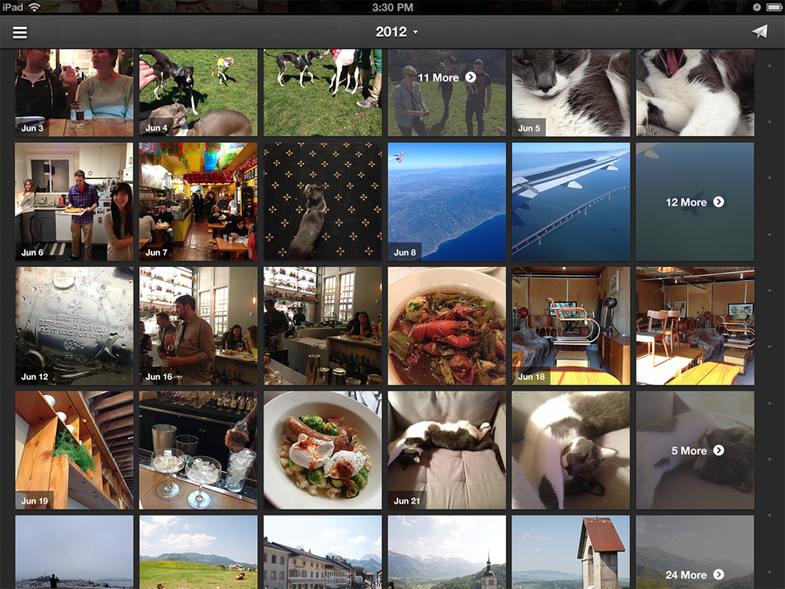 These days, the average person takes more photographs on a daily basis than at any other time in human history. And while our devices, apps and social media networks make it effortless to share our images with the world, physically organizing all of those photographs for easy viewing has become a major chore. Enter Everpix, a super-intuitive service that pulls your images, from every aspect of your life, into one simple location on cloud, for effortless sorting and viewing.

Originally launched a year and half ago, the service took a major leap forward today with the announcement of version 2.0. Version 2.0 mainly concentrates on the mobile-end of the service, offering a new user interface (which we had some time to play earlier this week), an improved “Highlights 2.0” feature, as well as a new feature called “Flashback.”

But first, how does Everpix work? It’s pretty simple. Upon signing up for the service, you tell Everpix where it should pull your photos from. This can be any place really, including your Facebook, Instagram, phone’s camera roll, Lightroom, Flickr, Aperture, Gmail, Picasa, your computer’s harddrive ect.

Once you’ve settled on what locations to pull from, Everpix will automatically run through all those photos and group them based on meta data and visual algorithms. The visual algorithms help to filter out repeat images, blurry or out focus images or just plain bad photos. Photographs are grouped into “Moments,” which is essentially galleries based on date.

Verison 2.0 offers a new mobile user interface to show off all of your images to friends, family or clients. Currently available for iOS (an Android version should be launching soon), one of the niftiest features of the new UI is Highlights 2.0. Highlights 2.0 works but organizing ever single image you’ve ever taken into one intuitive, chronological-organized gallery. The genius is in the organization.

Let’s say I shoot two photos on my iphone today, one in the morning and one in the evening, and then I shoot 300 photos at a birthday party with my DSLR th next day. With Highlights 2.0, only the best image from the birthday party will be displayed (as a teaser for the whole gallery from the party), alongside each of the two images from the day before (it shows both images because based on algorithm, it assumed they weren’t shot at the same event or time). Once one clicks onto the image of the birthday party, the rest of the photos from the gallery will be displayed.

But how does Everpix know which photo is the best to lead a Highlight gallery with? Again, the service relies on advanced algorithms to make its pick. It should be noted though, that Everpix is in no way claiming to do a better job of picking your best photos than you can do. It’s more about a fun and simple way to organize.

“Flashback” is another cool feature that adds a new level of fun to your viewing experience. It let’s users view a “Highlight” photos taken 1, 2 or 3 years ago from day of viewing. Other cool features (although not necessarily new), include the ability to send private galleries of images to people, unlimited storage capacity, and the fact that images are left uncompressed for the best viewing experience.

If you’d like to give Eperpix a try, you can sign up for free. The free version will archive all of your images going back up until one year ago. Keep in mind, though, that the one year is sliding, meaning Everpix will never store more than a year’s worth of photos. If you’d like to have photos going back further than that you can pay $49 a year for a premium account (or $4.99 a month).

For more info head to Everpix.com. You can also check out a video of Everpix in action here.