Band Charges $150 to Be Their “Photographer For a Day” 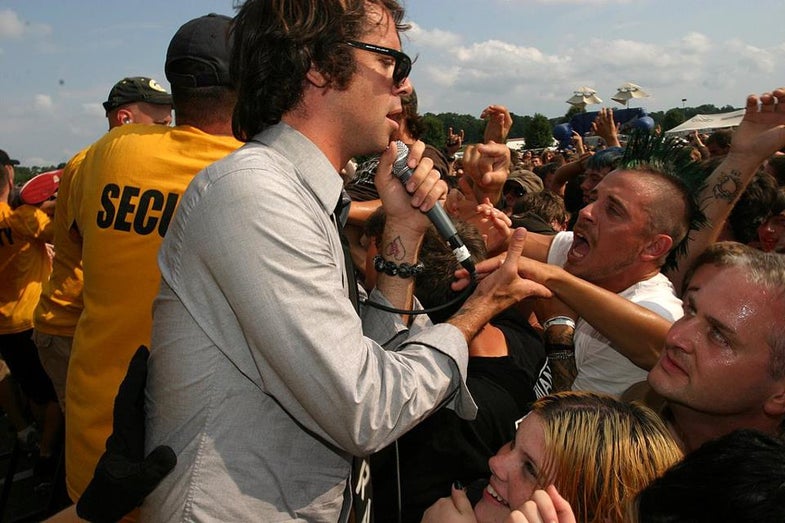 A shot of one of my favorite bands, The Bouncing Souls, on assignment for Blender magazine during Warped Tour 2006.
SHARE

**UPDATE: **There is some discussion about the topic over on the band’s Facebook page due to concerns like the ones expressed by many of us. Check it out here.

“Hey, how do I get a photo pass?” As a pro concert shooter earlier in my career, it was by far the most common question other photogs would ask me. It’s also one of the most difficult parts of breaking into concert photography. But for $150, nu-emo band Hawthorne Heights will sell you the chance to take pictures of them on this year’s Van’s Warped Tour.

“Are you an aspiring photographer? Come take pictures of us all day at Warped Tour! We will provide you with the access, and experience you need. We will also take your pictures and put them on our Instagram page, and give you full credit for it. This is a great package for anyone who loves taking pictures, whether its for a hobby or professionally.”

It’s sparse when it comes to details, leaving out some very important information like what happens to the images when you’re done. Do you own them? Is it a predatory rights grab that leaves them with ownership of your photos? It’s unclear. And trying to add the experience to your cart actually throws an error, so it’s hard to tell.

Up front, the whole thing sounds a bit sketchy — pay to play. But I’ve actually shot assignments with this exact description for Blender and Revolver. It was always a great time, I met a ton of awesome people, and it really is a chance to take some photos you wouldn’t otherwise be able to take. Of course, back then, it was me getting paid, not the reverse.

If you actually get a backstage access pass, the $150 price tag doesn’t even sound that outrageous. It’s like rock and roll fantasy camp for photographers. Still, it could set a bad precedent of people paying to take photographs, rather than the other way around. It could also mean several inexperienced amateurs in the photo pit mucking up shots for the people who are getting paid to be there.

What do you think? Is it an interesting-if-pricy opportunity for an aspiring shooter or a scam with a much higher profit margin than a $25 T-shirt? it’s clearly not aimed at people who are already pros, so it seems as though it’s more about selling the whole experience. If the band doing this was The Rolling Stones, would it change the way you feel about it? Or what if your favorite pro sports team offered the same opportunity?