Photographer Turns His Own Bacteria into Art with “Bacteriograms”

Is it still a self-portrait if bits of yourself are growing all over it? 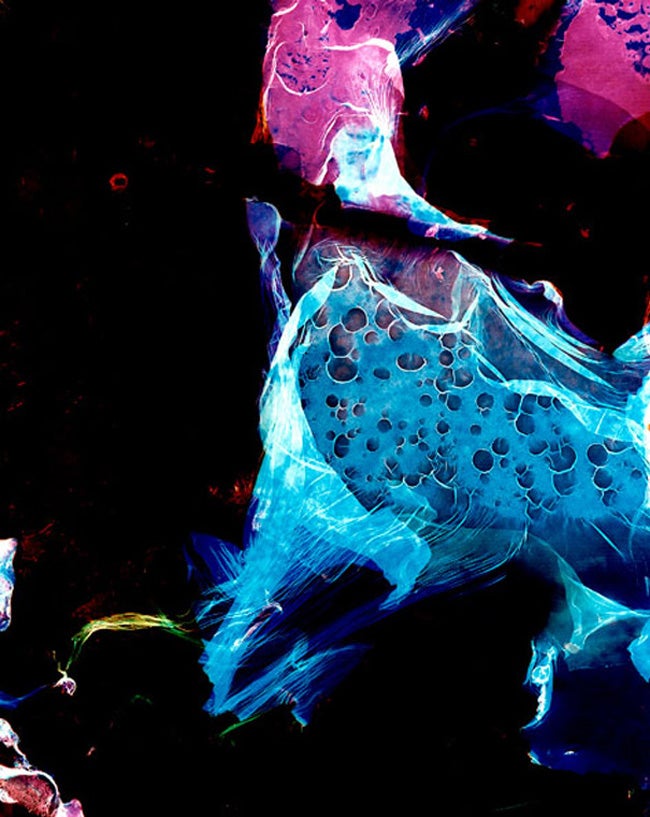 When is a self-portrait photograph no longer a self-portrait? Photographer Erno-Erik Raitanen has pushed the definition to its limits with a wonderful and bizarre set of images he’s called “Bacteriograms”. Rather than take photographs of himself, Raitanen took to growing his body’s natural bacteria directly on photographic film, creating biological abstract images.

Raitanen admits that these images are more like photograms than photographs, formed by putting images directly on a light sensitive surface. In this case, he harvested naturally occurring bacteria from his body, and used “a similar process as the one used in laboratories to grow bacteria on agar in petri dishes” to grow them over photographic film. The resulting images are brightly colored, organic images that are still from his body, but far removed from the standard definition of a self-portrait. It’s not even the bacteria itself that you’re seeing, but rather the damage it has done to the film.

While these Bacteriograms might not be what you think of when someone says self-portrait, they’re still images made of Raitanen himself, just in a very bizarre way. Does that make them any less valid as a form of self-expression?