Behind the Scenes with Tim Tadder’s “Water Wigs” Photos

how does he get those crazy high-speed water explosions? 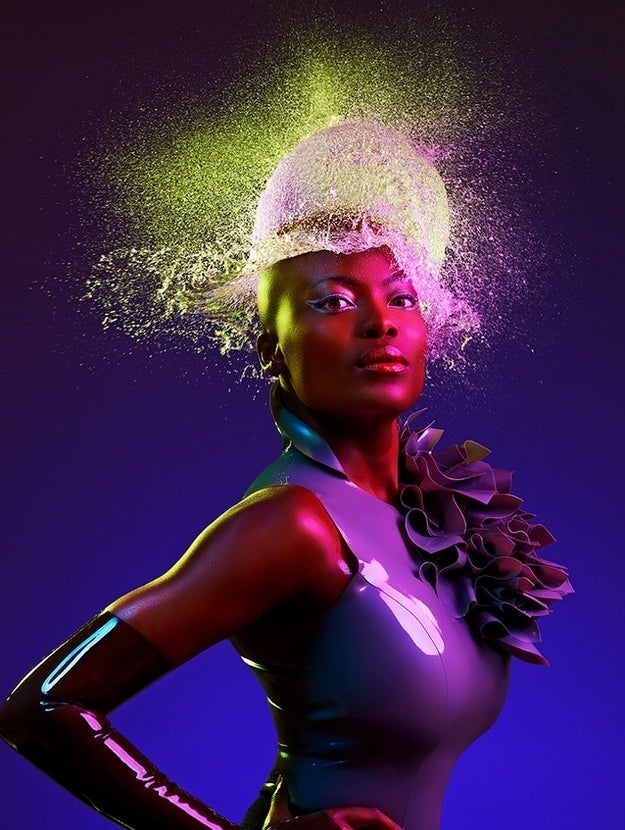 Last year, photographer Tim Tadder’s Water Wigs photo series went viral, first with his images of bald men and then women. These shots made his bald (or bald-capped) subjects look as if they had hair made of water, and required incredibly precise timing — and this video shows just how he did it.

In an earlier interview, Tadder explained a bit about the setup for these images. They’re shot in complete dark, using powerful strobes to capture the action so sharply. Originally, he triggered the strobes and camera using a laser trigger with a slight delay, so that as the balloon dropped it would cut the path of the laser beam, and hopefully trigger when burst. But when that proved too unreliable, he switched to an audio trigger, snapping the photos with the sound of the balloon popping.

For some of the photos, water balloons are simply dropped on the head of the model, but for others long balloons are draped over the subject, and then popped when needed.

Tadder has previously said that he wants to use these images to work with cancer foundations, but advertisers have expressed interest, too.

Even with his refined technique, it still seems to be a long and arduous shoot to get a handful of really great images, and you can’t help but empathize with the models forced to be bombarded with water over and over again. But the images are nothing if not spectacular.