All the new stuff from Adobe's announcements 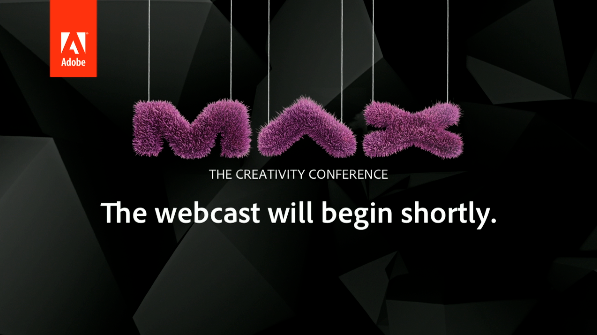 Each year, Adobe throws a big conference called MAX to show off some of their new stuff. Today is the open of the 2013 conference, and with that comes a keynote. It’s usually filled with all kinds of new stuff, so I’ll be updating this post live and Tweeting about any new stuff as it’s announced. Stick with us!

12:39 PM: Looks like the Adobe livestream servers are getting crushed at the moment. Lots of demand.

12:45 PM: Adobe CEO, Shantanu Narayen talking about his 15 years with the company. Now discussing the introduction of the original Creative Suite software.

12:50: David Wadhwani now on stage talking about big updates coming in the next version of Creative Cloud.

12:56: When you save files in your Creative Suite tools, they’ll be automatically synced to the Cloud across all devices. Lots of emphasis on the inclusion of Behance, their social media network they aquired.

12:59: No more CS for Adobe Apps. Everything is CC now for Creative Cloud. They’re showing of Photoshop CC right now.2

1:05: The Radial Filter is coming to Photoshop CC as well. We very much hope people use that responsibly. Easy with the vignettes, folks.

1:07: The Photoshop “Deblur” function is going tobe an official part of Photoshop CC.

1:08: Shake Reduction figures out the direction in which the camera moved during the shot and reverse engineers the movement. You can determine “blur estimation regions” for custom fixes.

1:09 The keynote is currently moving on to Illustrator now instead of Photoshop. What do you think of the new features? Shake reduction seems like a really big deal. Can’t wait to see how it works in the real world.

1:13: Now they’re talking about the new stuff in the video tools like After Effects and Premiere.

1:21: Refine Edge feature now coming to After Effects to help with rotoscoping. Lots of interplay between apps here.

1:24: Jason Levine is now doing a musical number about the Creative Cloud. Not kidding.

1:29: Diving into Photoshop “Generate Web Assets” function. Let’s you apply file extensions to layers and generates a website for you. This looks really handy if you’re building sites like this.

1:35: Doing a deep dive into the Edge web design tools right now. Reflow is pretty fascinating. Lets you design a site, then dynamically design a responsive version that works for mobile and tablet sites.

1:43: Now they’re going to dive into the cloud sharing capabilities as well as Behance.

1:45: Creative Cloud desktop app puts all of your activities in a feed. It keeps track of what you do in your apps and integrates notifications. It lets you know when new stuff is available, too.

1:47: Application manager will now let you go back to older versions. Only works back to CS6, though. Still, cool for compatibility.

1:50: All your settings and workspaces and assets are synced to the cloud, which is awesome if you’re setting up a new machine or re-installing.

1:53: The Kuler iPhone app lets you use the iPhone camera to take photos, then pull colors from the photo to use later in your designs and projects. Syncs via the cloud.

2:07: My live stream crashed because Flash player annihilated my browser, which is a bit ironic. Right now, though, the keynote is talking about Behance integration.1

2:11: Creative Cloud apps will only be available by subscription. They’ll still sell CS6, but you won’t be able to buy a stand alone version of the new software. That’s going to be controversial.

2:20: The announcement has wrapped and already the debate has begun online about the new subscription-based lockdown. The features are very nice and the integration is impressive, but some folks just don’t like the paid subscription model, which is understandable. Especially for those users who have been on an old version of PS and have been doing fine for years.

Feel free to share your thoughts in the comments.