From phone to printed book with no computer middle man 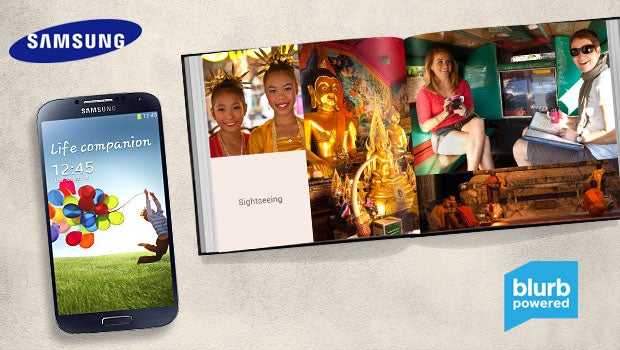 Somewhere amidst the absurdity during last night’s Samsung Galaxy S 4 launch at New York City’s Radio City Music Hall, a feature was announced that speaks directly to some smartphone photographers.

The S IV promises to predict when users are taking photos that they would want to immortalize in print; say, if you’re a Chicago native taking a bunch of geo-tagged photos in Buenos Aires, the photos will be automatically sorted together, with information on the location, people, and weather in each photo. For better or worse, the predictions arrive via push notifications in the pull-down notifications tab baked into Android. Then, using auto-generated layouts, users can pick a cover and order books from Blurb directly from their phone without opening a separate app.

Here at Pop Photo, we’ve used Blurb’s products with mixed results, but at the very least, Galaxy S IV users that take advantage of this feature will get excellent customer service.