Almost Half Of Instagram Users Shoot Without Using Filters

Ignore the mumbo jumbo — do most people really not use filters at all? 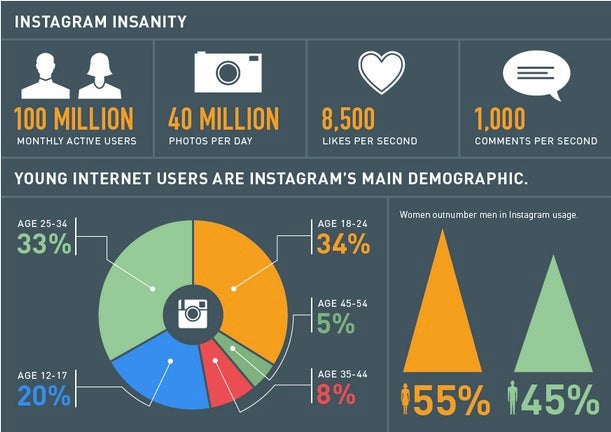 Instagram is stupendously popular, boasting 100 million monthly users. It’s so widely used that retro filters have now become an almost required feature with smartphone apps. But a new infographic from Marketo reveals something rather peculiar: the largest proportion of users shoot without using any filters at all.

The infographic has some interesting basic stats, and points out that there are 40 million photos uploaded every day, and 8,500 likes per second. But by far the most interesting section of the chart is the percentage breakdowns of filter use. Marketo attempts to frame this as saying something about the user’s personality — but I’m willing to bet that most folk just chose whichever one looks best. But according to the company’s numbers, 43% of users don’t use any filter at all. Which means they’re either uploading the untouched image, or editing in another program, and then porting it into Instagram.

Of the filters, only one of them clocks in at 10% of image uploads, and that’s Earlybird, the rest are firmly in single digits. It seems very interesting that such a huge number of people don’t use filters at all in their Instagram photography, which does point to Instagram’s potency as a standalone social network. But with other apps sharing directly to Instagram, there are still plenty of opportunities for photo editing that won’t get tagged with an official filter.