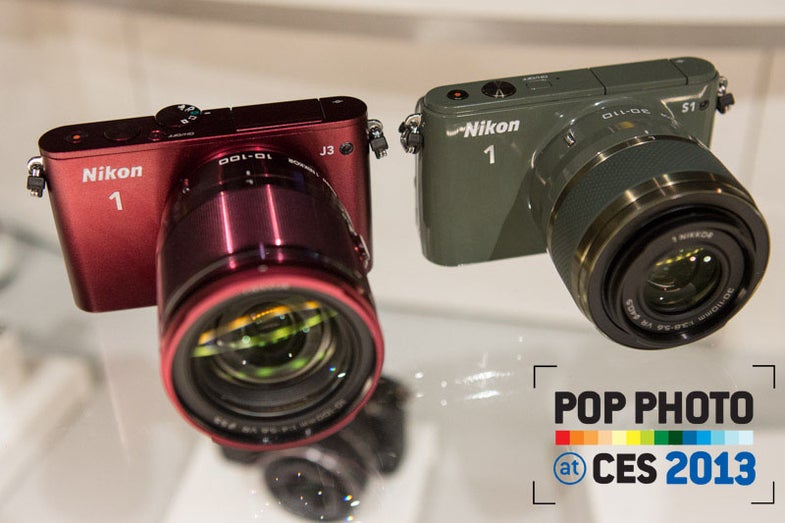 Things are getting a bit crowded at the entry-level of Nikon’s 1-series ILC series. Today, there are two new additions to the 1-series cameras: The 14.2-megapixel J3 and the 10.1-megapixel S1.

Both camera take a lot of their features from those that came before them. They both use the CX-format CMOS sensors with Expeed 3A image processors to do the number crunching. They both use the Hybrid AF system, which uses phase detection pixels embedded directly onto the imaging sensor. Both have 73-point AF, as well.

Further more, both cameos have 3-inch LCD displays and an ISO range that goes from a native 160 up to 6400. You get the same shooting modes and pop-up flash functions as well. Wifi connectivity is available with the addition of the WU-1b Wifi camera. It’s a bit of a disappointment that it’s not built in on a camera so clearly aimed at consumers, but it does keep the price down for those who won’t use it, which is a good thing.

We’ll bring you more coverage of these cameras from the show floor tomorrow.