Lawyers Go After BuzzFeed For $1.35M Over 9 Images

Are nine violations really worth more than $1 million in damages? 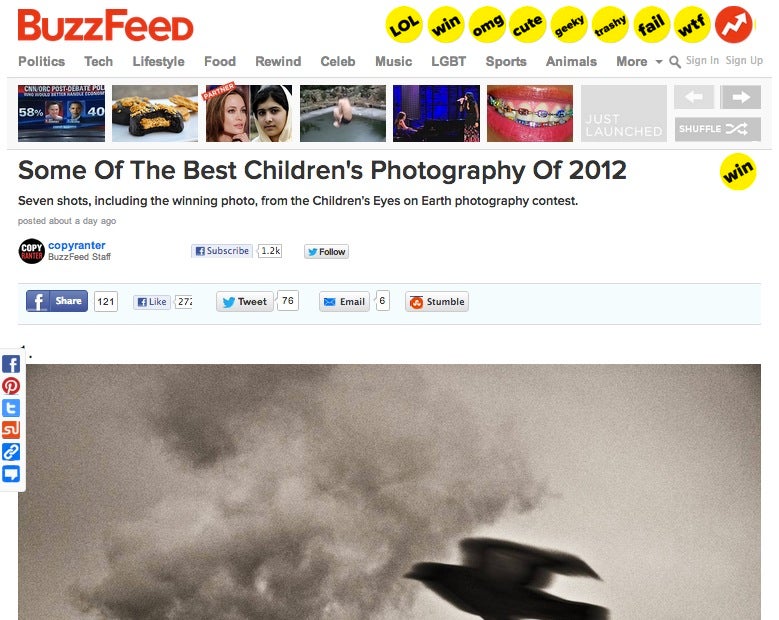 The popular popculture website BuzzFeed has recently come under legal attack for using photographs without permission or license. According to GigaOm, photography agency Mavrix (whose site is setting off malware red flags right now) has gone after BuzzFeed over nine images they say were used without permission. These images include Katy Perry on a rooftop, Katy Perry in a bikini, and Kaathy Griffin dancing topless, which BuzzFeed has since yanked.

In the legal brief, Mavrix said:

$150,000 is the maximum amount allowed by law, and over the nine images that Mavrix has identified, that’s a total of $1.35 million dollars they want from BuzzFeed.

The question here isn’t if BuzzFeed used the images without the proper licensing or permissions. That seems pretty obvious — the question is if Mavrix is being overly punitive with the damages it’s seeking. Part of the problem stems from how widespread the images have become, making it difficult to track down the original source.

The other facet of this is that GigaOm has labeled Mavrix as being in “the business of copyright trolling,” hunting for copyright offenders and then going after them — not to prevent the spread of the images, but as a way of making money. GigaOm believes the $150,000 maximum fine is designed as a last resort, a “nuclear option” for serial abusers, and there’s no evidence that less stiff measures were taken against BuzzFeed first. After all, isn’t this the sort of situation that DMCAs were designed for?

Mavrix has previously gone after a number of other publications, including the Daily Mail for $1.5 million, Guyism for $3.15 million, and CraveOnline for $3 million. In fact, just this year, Mavrix has filed 13 such suits. It’s not clear if any of these have gone in Mavrix’ favor

What do you think? Is this a fair amount to deter future sites from using images without permission? Or is Mavrix just using this as a way to fleece copyright offenders out of huge amounts of cash?