Daniel Arnold, a well known Instagram user, had his account banned for posting a picture of two topless women, in a decidedly non-salacious shot 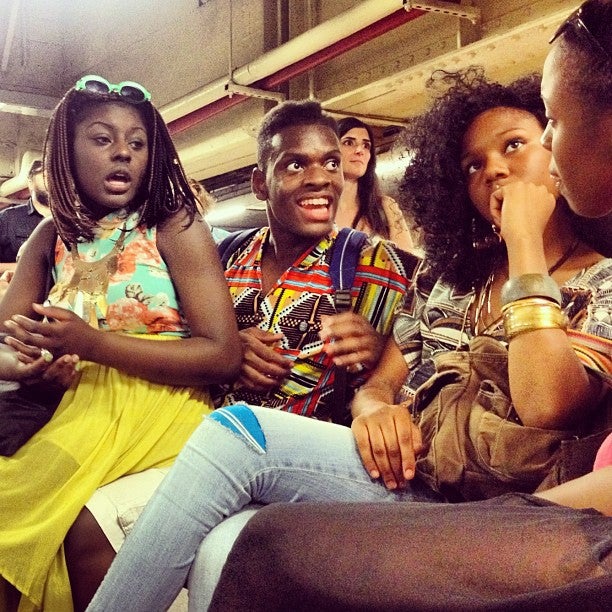 Daniel Arnold was a prolific Instagrammer. He used his iPhone to incredible effect, capturing some effective street photography in and around New York. Unfortunately, a picture of two women on a beach appears to have been enough to kick this artist off the service.

As reported by Gawker, Arnold mastered the ubiquitous iPhone to surreptitiously snap photos of other New Yorkers. At his peak, he was snapping thousands of photos, and uploading the best to Instagram, drawn, he said, to “the whole phenomenon of privacy happening in public.”

With a dedicated, but small, following his account came to a crashing halt with just one photo. On June 26, he snapped a shot of two women toplessly sunbathing at Queens’ Fort Tilden beach. The shot is entirely non-sexual, but its viral success saw his account flagged, and banned.

Luckily, you can see all of Arnold’s work on his Tumblr feed, and the original report indicated he has a new account under the name arnold_daniel. While we weren’t able to find that account, but the one daniel_arnold does seem to be up — but set to private.

This raises some very interesting questions about the increasing artistic use of services like Instagram. To the best of my knowledge, toplessness is legal in New York, both for men and women, and the photograph is pretty obviously non-sexual. So is a blanket ban of nudity a sane approach for a major photography sharing network to take? Facebook certainly has a similar stance, but the likes of Flickr and 500px are far more open, instead making use of age-barriers. If Instagram continues to grow in size and prominence, will they continue to completely avoid nudity, even given the long and storied connection between the nude form and photography.

The other thing to be wary of is that this might not be Instagram’s call to make. Apple is notorious for controlling any sort of adult content in the App Store, and a photo service where people frequently show nudity may be enough to get Instagram removed entirely.