Sabarese's Tumblr is him attempting to pick apart the way photographers have used light in certain shots, performed with an admirable dose of humor 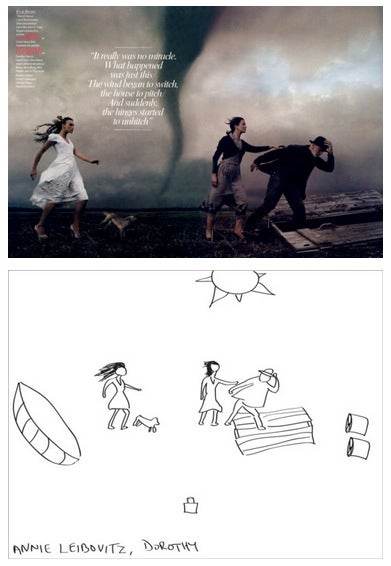 There’s a certain joy in trying to uncover what setup a photographer would use to take a shot you love. Ted Sabarese has elevated this to an art on his Tumblr “Guess The Lighting.” Unfortunately, Sabarese doesn’t update frequently, but when he does, he’ll grab an image and then draw a lighting diagram to match how he thinks it was shot — including a full hardware breakdown, and generally a witty comment at the end.

Sabarese is quick to admit that his guesses could be off, to the point where he has a disclaimer for his blog. But he obviously has an eye for detail and lighting, and will discuss everything from the incredibly complex to the remarkably simple and at all the stops in-between.

It would be fantastic to see this blog update more, as his eye for how these images are shot is great. He might not know exactly how the original was put together, but his guesses should provide more than enough for anyone looking to achieve something similar.