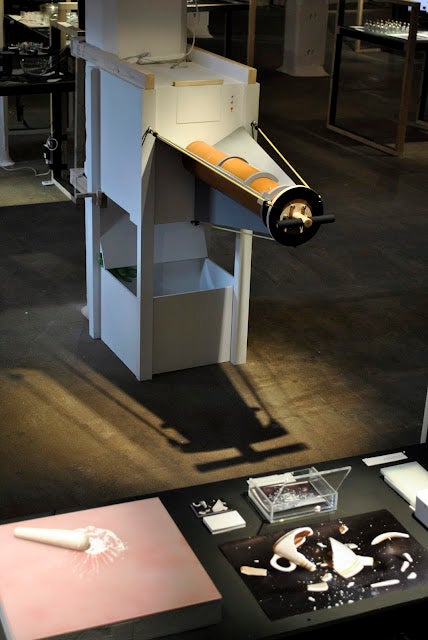 As part of her BA in Design at Goldsmiths, Henrietta Jadin undertook a project dubbed Breaking Point, looking at the intersection of marriage and destruction. Part of that involved the repeated smashing of crockery and glasses, so she created the Smashing Booth. This incredible wooden device flings an object at the back wall of a chamber, and photographs the destruction perfectly, each time. The shot is captured using an open shutter, a sound sensor, and a strobe.

There are a number of commercially available sound triggers on the market, but Jadin crafted hers using an Arduino controller, and chronicled the development of the smashing booth on her blog. The results? Well, as you can see in the two videos below, the process and images are incredibly dramatic, and some of the final pictures are fantastic. It’s enough to make you want to go to the woodshed, and try and build one yourself.