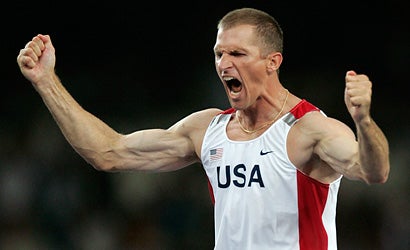 Ticket holders for the 2012 Summer Olympics are likely confused about what they are allowed to photograph and how they can use the photos they take. The terms and conditions of ticket purchases, as they currently stand, prohibit ticket holders from posting photos and personal footage of the Olympics on sites such as Facebook, Twitter and YouTube.

But it’s unclear how that will be enforced, or if it will at all. Spectators will be able to watch many events, including the cycle road race, triathlon and marathon, without a ticket, which means it would be near impossible to restrict photography. Olympic organizers point out that officials will be able, and plan to have much more control over photography inside venues, but stop short of saying that they plan to ban photography all together.

A London 2012 spokesman said: “We understand that spectators will want to share their photographs of London 2012 events on social networking sites and we are not looking to stop them from doing this. However we are looking to stop people who seek to use them for commercial purposes. Clarification on this matter will be provided when the tickets are distributed.”

Their goal is to protect paid media rights, which is understandable, but when official statements contradict each other: you are allowed to take photos, but not post them online, you are allowed to post them online but not make money from them—will they administer lie detector tests to everyone with a camera asking them what exactly they intend to do with their images, or will they hunt down and attempt to prosecute violators after the fact?

Confusing and vague photo regulations like this are likely to lead to more instances like the recent altercation in which Guardian reporter Peter Walker had been video taping an Olympic venue from a public road when he was stopped and ordered to show the guards his footage. The security guards admitted they were wrong, but insisted staff cannot be expected to have a detailed knowledge of anti-terror laws.

If the staff doesn’t have detailed knowledge of the photo regulations, how can the ticket holders?