The Street Photography of The Czech Secret Police

While routinely surveilling their own population, the Czechoslovakian secret police managed to perfectly embody street photography 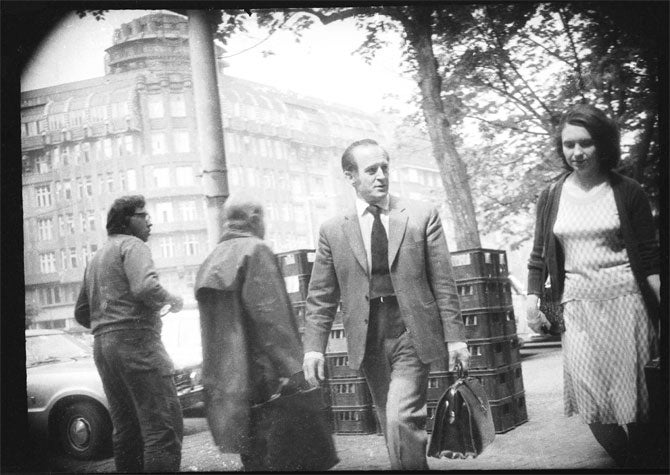 The art of street photography focuses so much on capturing subject unaware, snapping them at their most natural and relaxed moment. And when looking to secretly photograph someone, you’d be hard pressed to find anyone more experienced than the various secret police of the Communist Bloc. This year saw the release of the book Prague Through the Lens of the Secret Police by_ _the Institute for the Study of Totalitarian Regimes, and these shots taken while surveilling everyday citizenry may not have rooted out many Capitalist running dogs, but were remarkably good examples of street photography.

Taken with cameras hidden under coats or in suitcases, the secret police were unable to frame images accurately, leading to the occasional bizarre angle and blurry shot — but all of which come off looking remarkably artistic. You can see a few more photographs over at Vice, and none of them would look out of place on a gallery wall.

Does this mean surveillance camera footage will be considered art in a few years? Or is that just the New Aesthetic?

[via BoingBoing, How to Be a Retronaut]