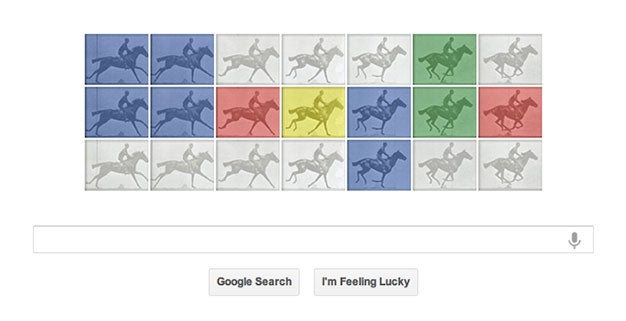 You’re looking at this on the internet, which means you’ve probably already seen today’s Google Doodle. It depicts a video of a horse galloping and it’s a hat tip to Eadweard J. Muybridge on what would be his 182nd birthday.

Back in the 1870s, the British photographers wanted to find out if all four of a horse’s feet were off the ground at any point during its gallop. In order to find out, he set up 12 stereoscopic cameras (24 total shots) and had a race horse run by.

The resulting footage is known as The Horse In Motion and has become iconic over the past decade for the role it played in the development of motion pictures. It’s a natural fit for a Google doodle and they did a great job with it.

Even in a time when we have cameras that can capture hundreds of thousands or even a million frames per-second, that horse is still pretty impressive.