Backstory: The Art of the Museum Reflections 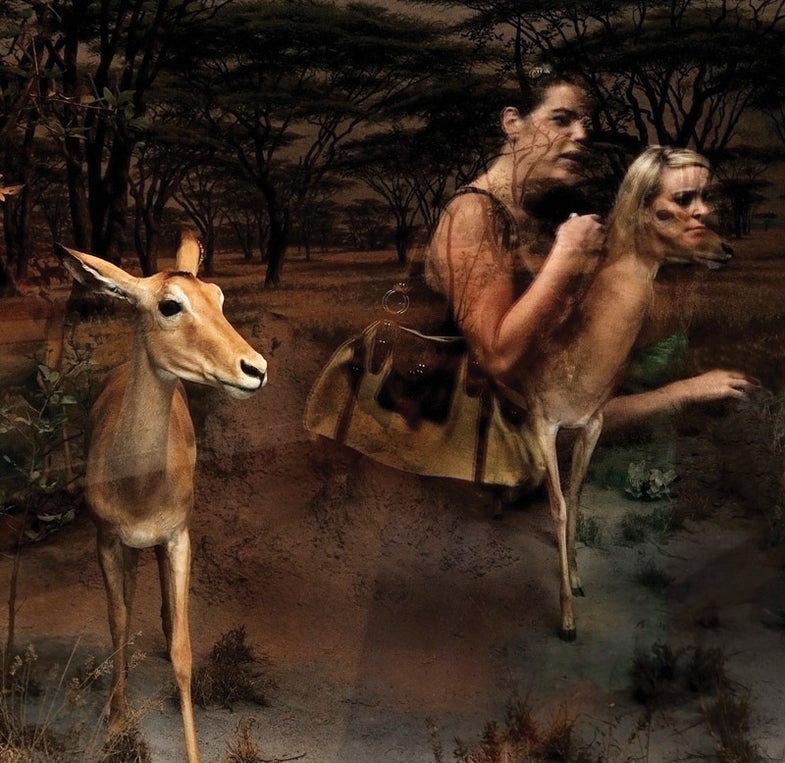 When i was a little girl, my mother was an assistant curator at the Natural History Museum in Raleigh, NC. When she brought me with her to work, I would spend hours in its diorama room. These exhibits are both fascinating and macabre; I think of them now as a relic of our troubled coexistence with nature.

Visiting the Natural History Museum in New York, I accidentally captured my husband in a picture of a diorama. I liked the idea—the animals have been there for decades, but nothing is more fleeting than a reflection. I began returning and waiting by exhibits with a bounce flash, capturing people as they passed.

I love this photo because the girls are particularly fashionable, and there’s such a successful melding of the bodies. The one girl seems almost alarmed or uneasy, which is very fitting for a gazelle.