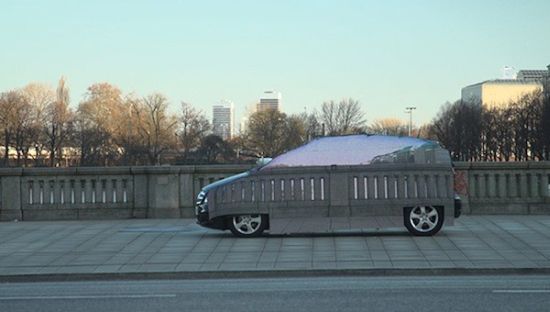 In a stroke of marketing genius far greater than re-appropriating Janis Joplin’s anti-establishment anthem, Mercedes has turned their newest car invisible in order to promote it. The idea is that the hydrogen Fuel Cell-powered vehicle produces 0.0 emissions, making it “invisible” to the environment.

It’s not the first time the trick has been done of course, but it’s cool to see a DSLR pulling it off, and if the promotional video (below) is to be believed, it certainly caught the attention of people on the street. Although driving a car draped in an invisibility cloak can’t be too safe.