Despite rumors of their demise, Kodak is making some relatively minor changes to their film lines 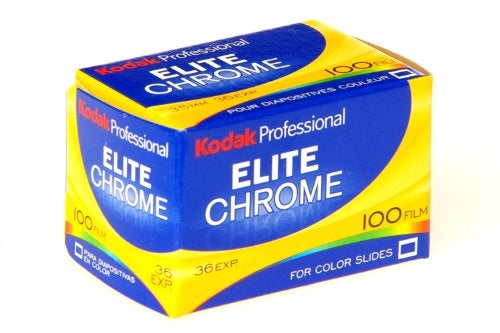 **UPDATE: A rep from Kodak pinged us to provide even further info on the restructuring. Here’s a quote from a Kodak spokesperson: **

“Kodak is only ceasing one line, Elite Chrome 100. The rest are all simply packaging and catalogue listing changes, which is not such an unusual procedure. As long as photographers purchase and use Kodak’s film in sufficient quantities and demonstrate their commitment to film that way, we will be able to continue manufacturing the film.”

Late last week, a rumor broke that Kodak was to discontinue a number of their film stocks:

Kodak has responded to the rumor, and it appears that this is less of a discontinuation and more of a restructuring of how the film will be sold, as almost all of these types will be available in one form or another. Talking to BJP, Kodak confirmed that the T-Max 400 120 and Tri-X Pan 120 400 will now be available if five-roll “pro-packs” rather than individually. Max 400/24 will remain, and will be sold in packs of four in the USA, and singles and three-packs across the rest of the world. The BW400cn will now only be sold individually rather than in three packs. The one film which unfortunately is being cut is the Elite Chrome 100/36. Kodak has confirmed the film is being discontinued, and recommends E100G 135-36 or Elite Chrome 100 Extra Color / EBX 135-36 in its place.

That’s not to say it’s all sunshine and roses in the world of film. Kodak famously killed of Kodachrome in 2009, and the very existence of the Impossible Project shows the lengths some people will go when their favorite product gets canceled. So while this handful of Kodak products aren’t disappearing quite yet, stockpiling might not be the worst decision ever.