The exhibit, which opened last night at the Lever House in NYC, runs until September 2 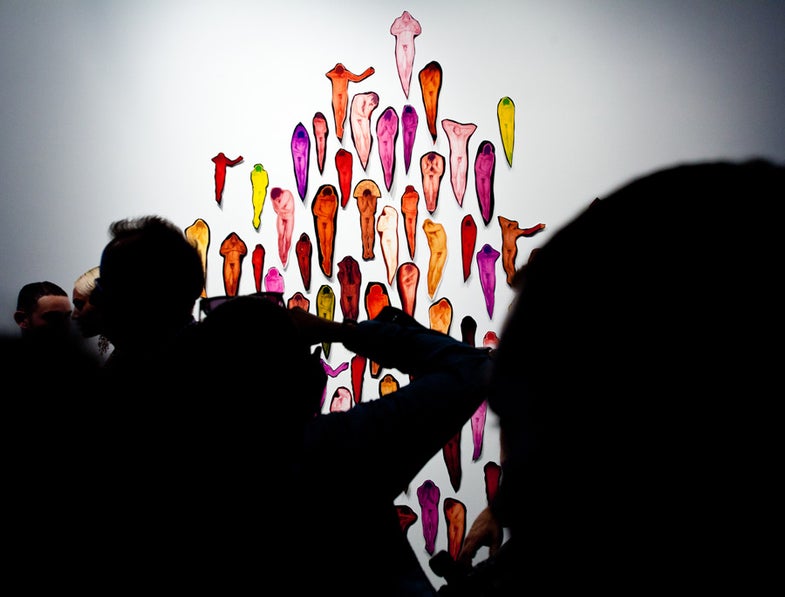 NOTE: The gallery associated with this article contains nudity.

Affixed to the glass windows on either side of the gallery space were two different circular collages composed of nude bodies, one featuring pink-tinted male bodies and the other featuring purple-tinted female bodies. The one featuring nude females was conveniently located behind the bar area, making it difficult to view close-up. Thankfully, both collages were double-sided and could be viewed from outside the gallery as well.

A third sticker collage affixed to an interior wall also featured a mix of various nude bodies, all of which were hiding their faces in what appears to be shame. The bodies were tinted yellow, purple, red, orange and various shades of pink.

A gigantic pink paper chain, or rather 20 gigantic paper chains, made up of images of naked bodies ran the entire length of the room, dipping down to the floor at some points, forcing viewers to push it aside as they passed by. The chains resembled an overgrown version of an elementary school art project—but the effect, and interaction of the piece with the packed room, was quite interesting.

However the most striking piece without a doubt was the enormous nautical-themed collage that faced Park Avenue. The piece depicts what appears to be naked refugees-looking individuals, all of which have expressions of extreme distress on their faces, sailing through a storm. LaChapelle created a relief effect by layer portions of the college on top of cut out pieces of cardboard.

While most of the viewers in the packed gallery hovered around the bar area, the savvier ones stood awestruck at what we would say is the crown jewel of the exhibit.

Open to the public, the exhibit runs until September 2, 2011. The Lever House Art Collection is located on 53rd and Park Avenue in Manhattan. For more information, head to LeverHouseArtCollection.com. 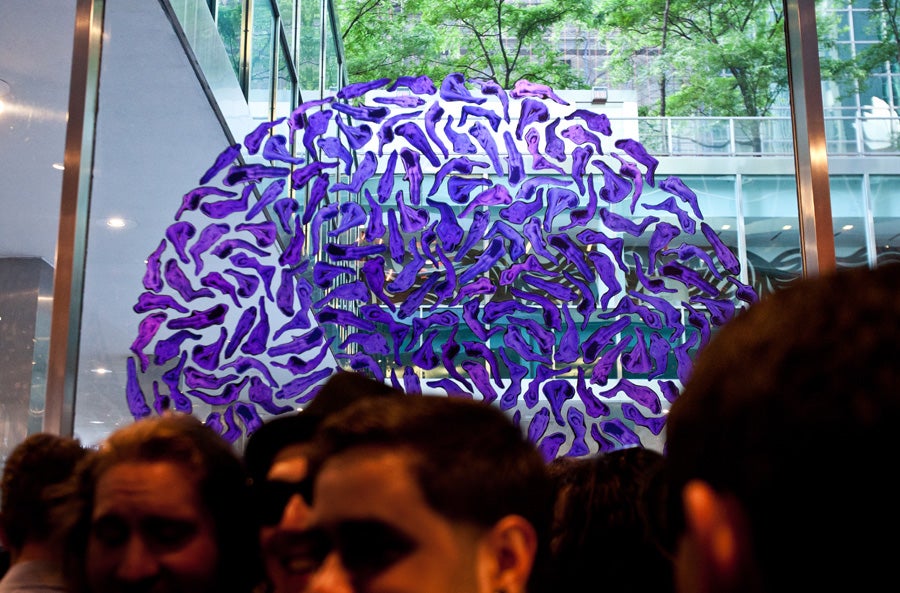 WARNING: Several of the images that follow contain male and/or female nudity and may not be suitable for a work/family environment. 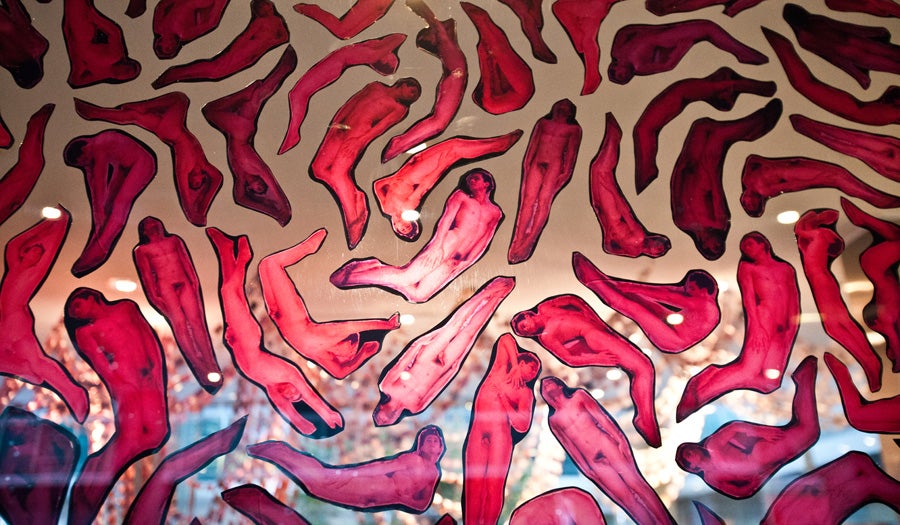 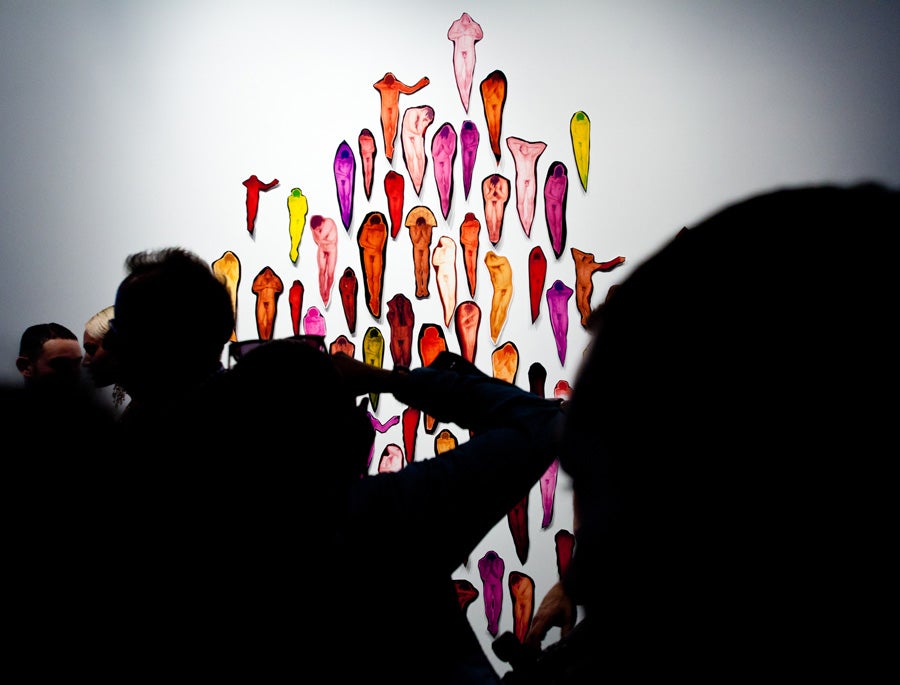 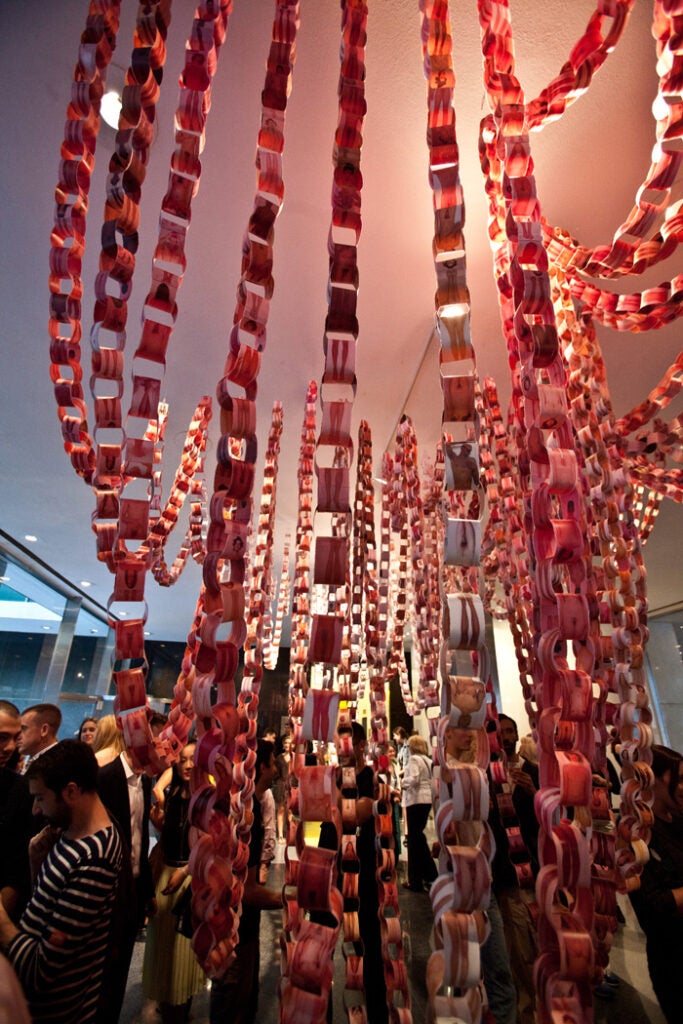 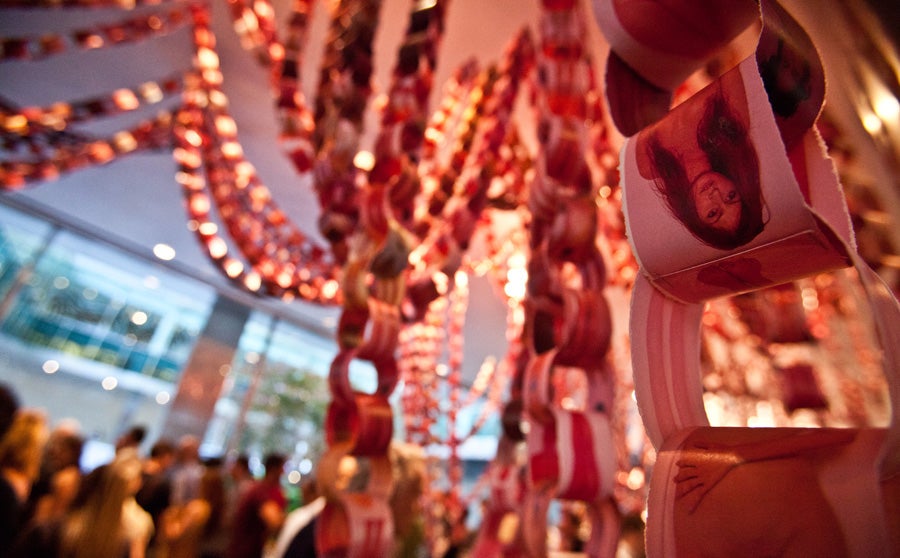 The Gigantic Paper Chain Up Close 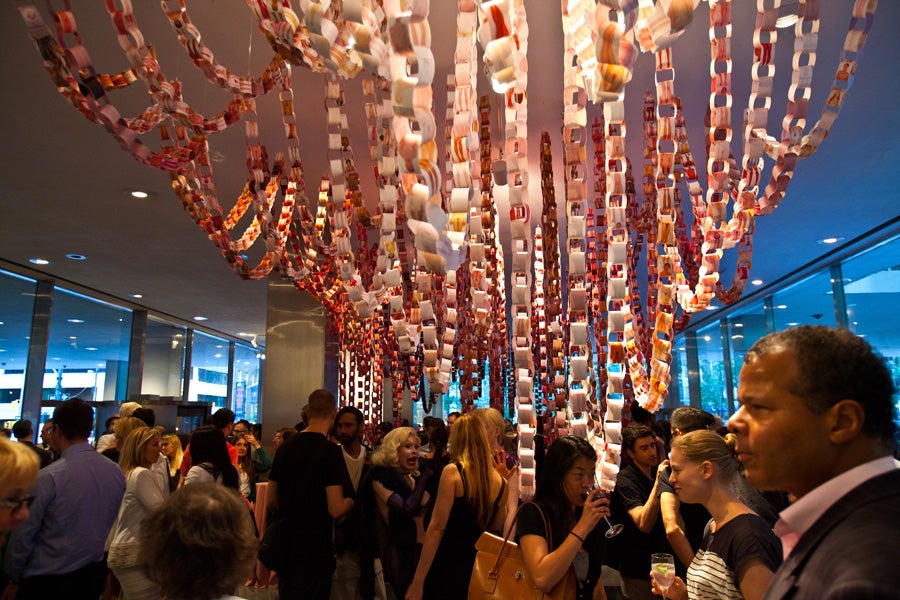 The Gigantic Paper Chain and the Crowd 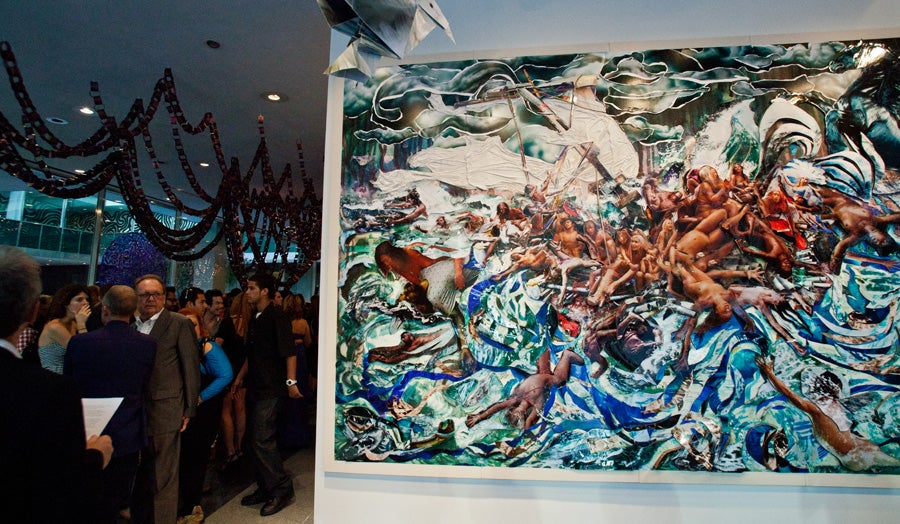 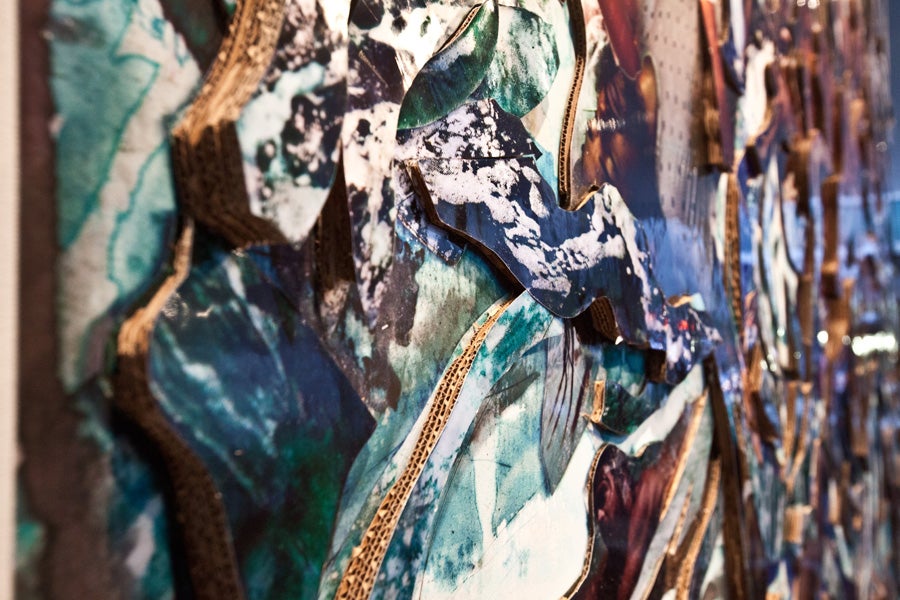 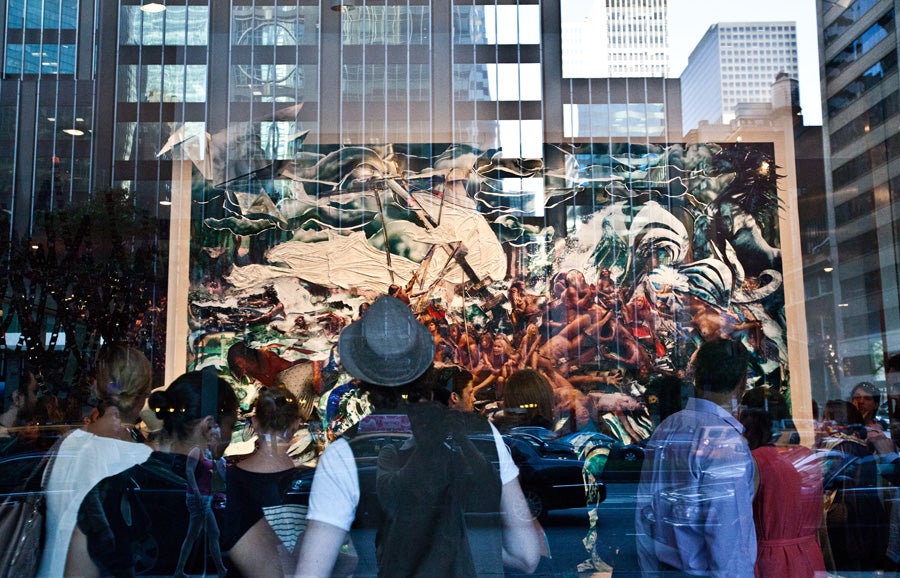 From Outside the Gallery