A new line of stamps commemorates some of America's greatest industrial designers — including Walter Dorwin Teague, the man behind the revolutionary Kodak Baby Brownie 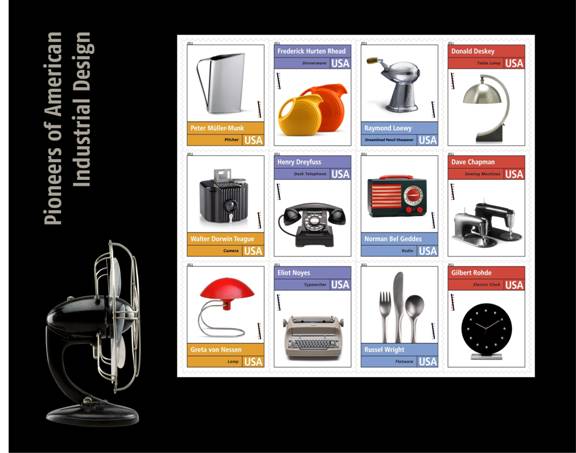 A new line of stamps has been produced by the USPS honoring some of the country’s early great industrial designers, and the man who designed the incredibly popular Kodak Baby Brownie is one of them. The “Pioneers of American Industrial Design” stamps show some of the products of 12 powerhouses of the field, and Walter Dorwin Teague’s famous bakelite art deco Baby Brownie is in the mix.

Kodak’s Brownie line was revolutionary in how affordable it was, and with the innovation of bakelite, hard lasting plastic shells could be used instead of flimsy cardboard or expensive metal. Teague worked for Eastman Kodak for a number of years, bringing his art deco aesthetic not just to the petite and popular Baby Brownie, but also the likes of the Beau Brownie, Kodak Bullet, and Kodak Bantam. The Brownie line was sold between 1900 and 1967, but not many others retained the stylish looks that Teague imparted on them.