His picture of Nohkalikai Falls is king when it comes to views on Flickr, but not for long. 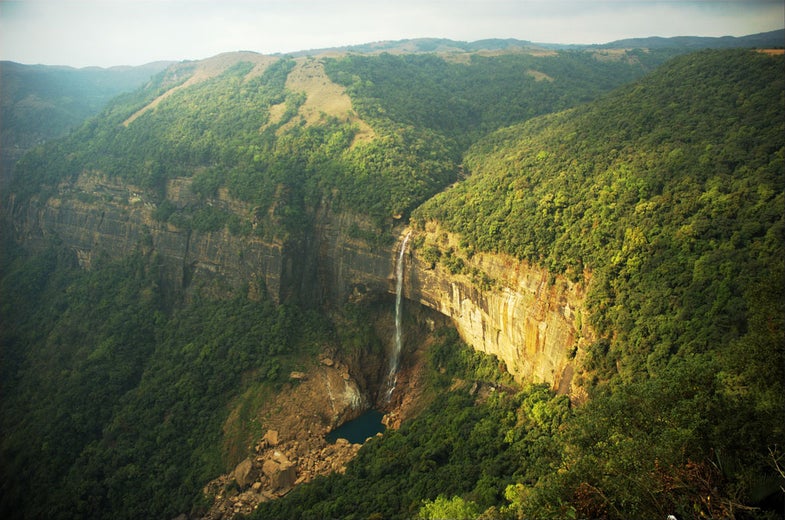 Read the description on Pankaj Kaushal’s photo of Nohkalikai Falls, Cherrapunjee and it’s clear that it’s not his favorite work. “This is definitely not my best photography moment,” says the shooter who currently resides in Bangalore, India. But, since that image was uploaded in 2006, it has garnered over 3 million views, making it the most popular image on Yahoo’s mega-popular photo sharing site. Now, that spot is set to be taken over by a historic photo of Barack Obama and his national security team as they watched the operation to kill Osama Bin Laden from the situation room at the White House.

How does he feel about losing his top ranked status to the Commander-in-Chief? “I really like the Obama picture,” he said over email. “In my opinion, it’s really a picture of Hillary. Her reaction makes the picture.”

There isn’t much sting in being dethroned for Pankaj. In fact, he’s not even really sure why it’s so popular. “I know that couple of years ago it became popular. I had no idea why. I looked around on Google and couldn’t find anything. I’d be happy if someone could explain.” We did some Googling of our own and reached out to Flickr to see if we might be able to get some insight, but our efforts have still left us relatively baffled.

The photo itself was taken as part of a sight-seeing trip. “I was visiting Shillong and decided to visit Cherrapunjee with some of my friends, It being the wettest place on earth and all.” As a photograhpy enthusiast, Pankaj brought along his Nikon D70 with an 18-70 kit lens. ” I took a couple of shots and went back to Shillong.”

After uploading his images, he did a little post processing. “My favorite film is Velvia, so I replaced the camera curve to something that’s similar to Velvia.” And onto Flickr they went. Because there aren’t a lot of comments on the photo, he didn’t even really notice as the number of views went through the roof.

If the popularity of the situation room shot keeps up, it will eclipse Pankaj’s number in a matter of days. And with the amount of Photoshop jobs we’ve seen floating around the internet, it certainly doesn’t seem to be dying down.

As for Pankaj, his Flickr stream is still very active, mostly full of photos that greatly surpass the former champ in terms of quality. But, will he and his camera be headed back to Nohkalikai Falls any time soon? Probably not. “There are so many other places to go and shoot. I really love what I’ve done in Goa and Leh. If I do go to Cherrapunjee again, I’d try to get a shot that’s not banal and lame.”