A first time astrophotographer quits his job to travel the world looking for clear skies to make the largest ever true-color star panorama. 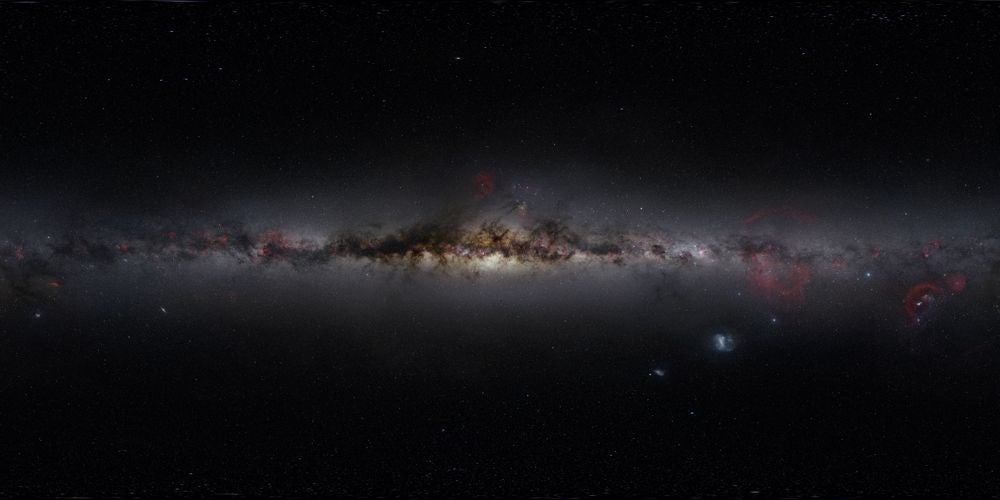 It took Nick Risinger, his brother and father just over a year to assemble. 37,000 images, 60,000 miles of travel, and shooting the sky throughout North America and South Africa to create the largest, most detailed true-color panorama of the night sky ever seen. The Sky Survey, as it’s called, is free online to look at, and covers the entirety of the heavens in an immense panorama. The 5,000-megapixel image was stitched together from images taken with a set of six professional grade astronomical cameras, set at three different wavelengths, on a tripod matched to the rotation of the Earth.

Previous sky surveys had only shot in red and blue, but this one went for RGB in order to create a more realistic look. “I wanted to create something that was a true representation of how we could see it, if it were 3,000 times brighter,” said Risinger.

The northern hemisphere parts of the image were mostly taken throughout northern California, Texas, Arizona, and the southern hemisphere was covered during two trips to South Africa, always on the quest to get away from light pollution. In order to make sure he didn’t miss any parts of the sky, Risinger took methodological approach:

If you love this incredible image as much as we do, you can pick up high quality prints on the website, at prices that range from $200-$500.