The Civil War marked the first time in human history, that the visual documentation of conflict occurred. 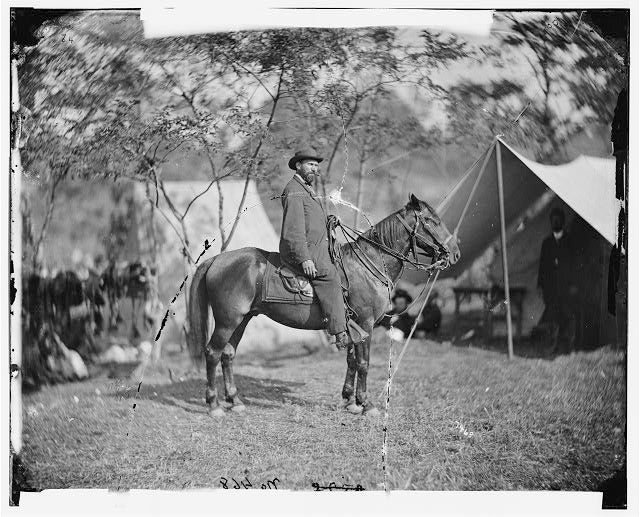 150 years ago to this date: April 12, 2011, the very first shots of the American Civil War were fired at Fort Sumter in Charleston South Carolina, launching the nation into a bloody 4 year conflict, one that would define and shape the future political and social climate for decades to come.And while the Civil War was clearly a turning point for the United States as a nation, it was also a turning point for the practice of photography, more specifically, photojournalism. The American Civil War marked the first time that visual documentation of human conflict ever took place.

When you hear somebody mention the Civil War, or read a story about the Civil War, chances are the images that come to your mind are in black and white. They may be images of bodies lying in battlefields, or bearded men standing around tents, or perhaps generals on horseback. Well, many of those images can be found and downloaded, free of charge, thanks to the_ Library of Congress’ massive archive_. Organized into collections, two of our favorites are the American Memory: Selected Civil War Photographs collection and the _Civil War Glass Negatives and Related Prints _collection.

Many of the hard facts historians have gained about the Civil War are thanks to the countless images in these collections, that document it. Without them, bits and pieces of our nation’s history might ultimately have been lost to time.

Oddly enough, photography, as many of us pre-digital folks know it, had really only been invented about 20 years prior to the Battle at Fort Sumter. It was right around the time of the Civil War that photography was catching on amongst the public, and photography studios were popping in cities across the nation. When fighting first broke out, many photographers saw it as an opportunity to close up their studios and take their gear on the road, whether it be for the chance to gain fame or even possibly fortune. Mathew Brady was one of these photographers.

In October of 1862, Mathew Brady held his first exhibit of war photographs in New York City. The exhibit went up about a month after the battle of Antietam, one of the war’s bloodiest. Needless to say, the public was horrified by what they saw.

So take some time today to celebrate and reflect on this great nation’s history, and the great history of photography. While you may not be able to thank the thousands of early brave photojournalists who documented the war and paved the way, you can honor them by poking around the before-mentioned collections on the Library of Congress’ Website and perhaps even buying a print.