A Facebook group set up in the wake of the Alabama tornadoes gives people a place to post found photos, documents and objects sent flying in the storms. 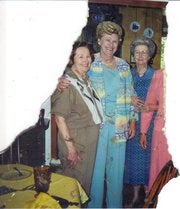 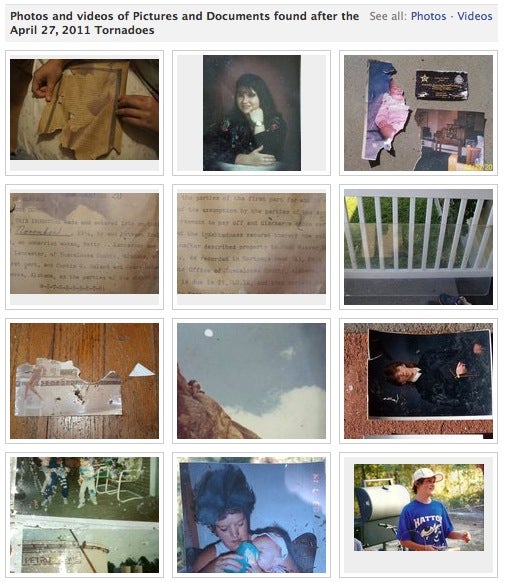 In the aftermath of devastating April 27th tornadoes, a new Facebook group lets people put up pictures, documents and anything else they’ve — and hopefully get in contact with the owners.

The group has only been up since Wednesday evening, and less than 48 hours later there are already almost 500 images uploaded. There are storm-ravaged photos, pages from song sheets, and found objects that may have meant something to someone — including credit cards, stuffed animals, and a rather fancy hat.

The page simply asks “please post pictures or pictures of other items that were found as debris after the 4/27/2011 tornadoes. Please leave a brief description of how someone can find you if they identify pictures or items that belong to them,” but founder Patty Bullion talked to CNN about the page and its origins. “When it went over us, it literally just started raining pictures,” she told them. “We got parts of Bibles, hymnals. … I just started saying, ‘There are parts of people’s lives falling out of the sky.’ “

The images themselves are a touching mix of the personal and impersonal. Some are minor, like pages out of random books or receipts. Others are photos of family gatherings and of loved ones, sometimes ripped almost to shreds. The ones that seem to stand out the most are the old and battered black and white shots, obviously carefully stored for decades and now lost to the wind.

The group already has more than 44,000 followers, and hopefully with that many people keeping an eye on it, these items can co back to their rightful owners.