How To: Use Second-Curtain Sync

A nifty function for using a flash with a slow shutter. 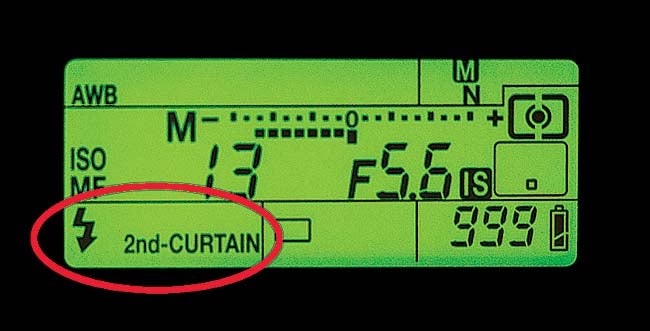 Electronic flash is ordinarily synchronized to fire as soon as the first curtain of your shutter opens. This is usually the safest bet—you get the flash to fire quickly to catch a fleeting expression or peak action. But with slow shutter speeds, this can cause motion blur to go in the wrong way—in front of your subject. Trailing sync (a.k.a. second- curtain or rear-curtain sync) fixes it.

How it works: Trailing sync triggers the flash near the end of the exposure rather than at the beginning. You set it via a menu or flash- mode control—a typical icon is shown above. Most cameras have it.

When to use it: to convey a sense of motion in a runner, cyclist, or other moving subject, set a slow shutter speed (1/15 sec or longer) with trailing sync flash. You get a sharp image of your subject with blur trailing behind.