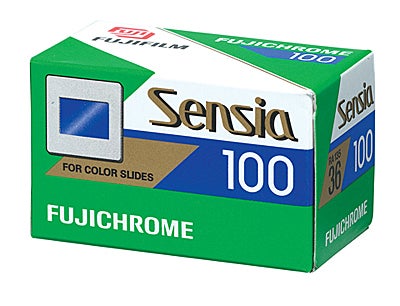 Previously available in ISO 100, 200 and 400, production of the popular slide film grinded to a halt in early August. Sensia is touted on the Fujifilm Web site as an, “All-round color slide film for every outdoor shooting situation: snapshots, landscapes, and portraits. Fine grain, brilliant and natural colors.”

Despite the halting of Sensia’s production, Fujifilm assures that both Fujichrome Provia and Fujichrome Velvia will continue to be produced into the future.  Additionally, enough Sensia film should be out there to meet consumer demands until about December, Fujifilm said.

The film is still easily available at most established photography stores and retailers, so be sure to stock up quick!

From: The British Journal of Photography