What Is A Photograph?

That question arose over and over in response to our 16th Annual Readers’ Photo Contest. 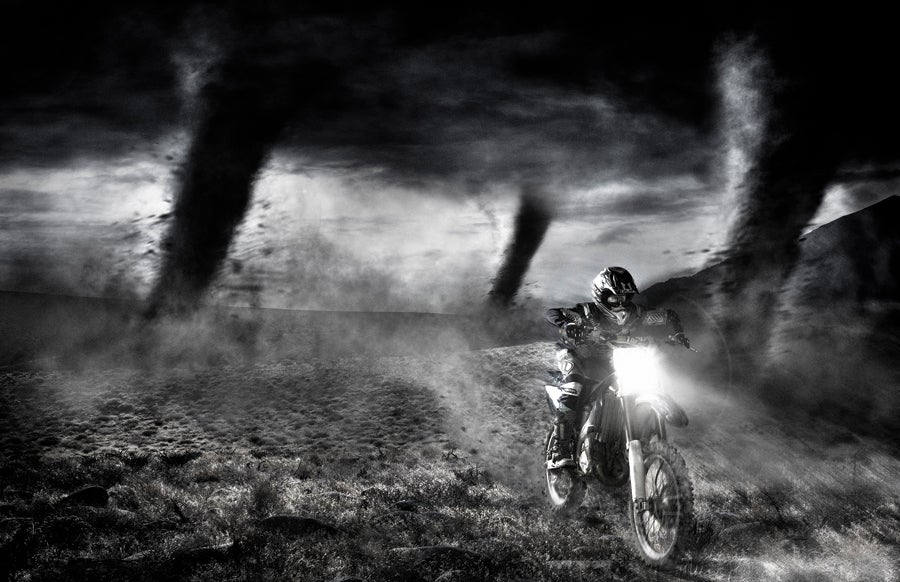 *Action/Sports Category Winner *“I shot this for a project I’m doing with natural disasters and extreme sports. It’s a composite of four different pieces: the background, the sky, the biker, and the tornadoes. The first two were photographed in Northern California in late afternoon. The biker I shot in my studio. It’s my friend Ashley on her bike, which was on a stand; she was pretending to ride it, but it wasn’t actually moving. I created the tornadoes by manipulating cloud images. I like to use a lot of special effects in my photography, and I like having a challenge.” See more at www.timothybaileyphotography.com. *Tech Specs:* Mamiya 645AFD with 17MP Leaf Aptus digital back and 55–110mm lens. Composite made in Adobe Photoshop CS3.

That question arose over and over in response to our 16th Annual Readers’ Photo Contest (January 2010), both in letters to the editor and in our forums on PopPhoto.com.

At issue were two of the winners: Timothy Bailey’s picture of a motorcyclist chased by tornadoes and Todd McVey’s of gulls wheeling around a lighthouse. Both are composite images—several different photos combined into a seamless picture. In an era when technology makes it easy to alter an image, where does photography end and illustration begin? And to what extent must a photograph reflect what the camera sees?

This issue isn’t exactly new. From the very beginning of the medium, photographers reinvented reality by staging scenes and combining separate images in the camera. And not just in hoaxes like the double-exposure “spirit photography” prevalent in the 1860s. Documentary photographers sometimes resorted to reenacting meetings at which they weren’t present and rearranging objects—and corpses—on the battlefield for a more effective picture, as Civil War photographer Alexander Gardner and his colleagues did (a fact that didn’t emerge for more than a century). And the 1860s also enjoyed a fad for double portraits of a single subject in the same scene, often the photographer himself posing as if with an identical twin.

Nearly 150 years later, the idea that photographs can portray an “imagined reality” is nothing if not more accepted. Yet the debate rages on.

In the case of the contested pictures in this magazine, the composites were clearly labeled as such and the photographers’ techniques explained. They were shot with traditional cameras and lenses, one in a studio and one on location. One used a model and one captured wildlife. Sure, the “action” was staged, but the lighthouse was genuine (I’ve been there).

Curiously, this year we heard no complaints that the Grand Prize Winner, a shorescape by Dennis Frates, comprised three images stitched together into a panorama. When we chose a pair of computer-stitched panoramas by Bob Kim for our Grand Prize four years ago, many readers were furious.

Still, we take your suggestions seriously. For the next edition of our annual contest, we’ll consider creating a separate category for composites or invented realities. But does a stitched panorama that looks like the original scene count as a composite? Does a staged scene with costumed models in a studio-built set count as an invented reality? We think no—and that’s the problem with defining what’s a “real” photo and what’s a “fake.” 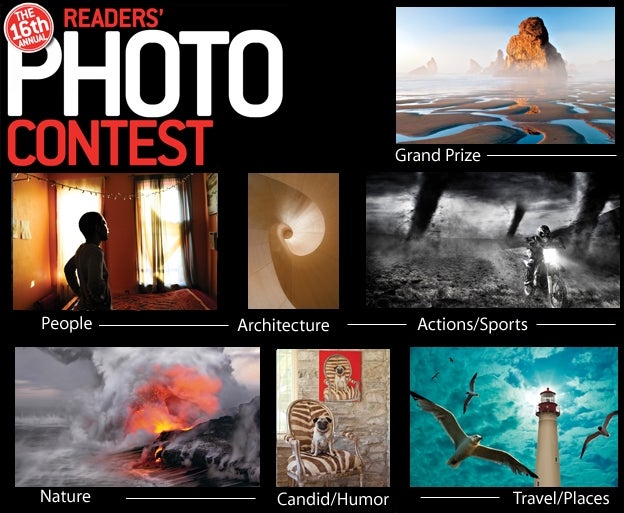 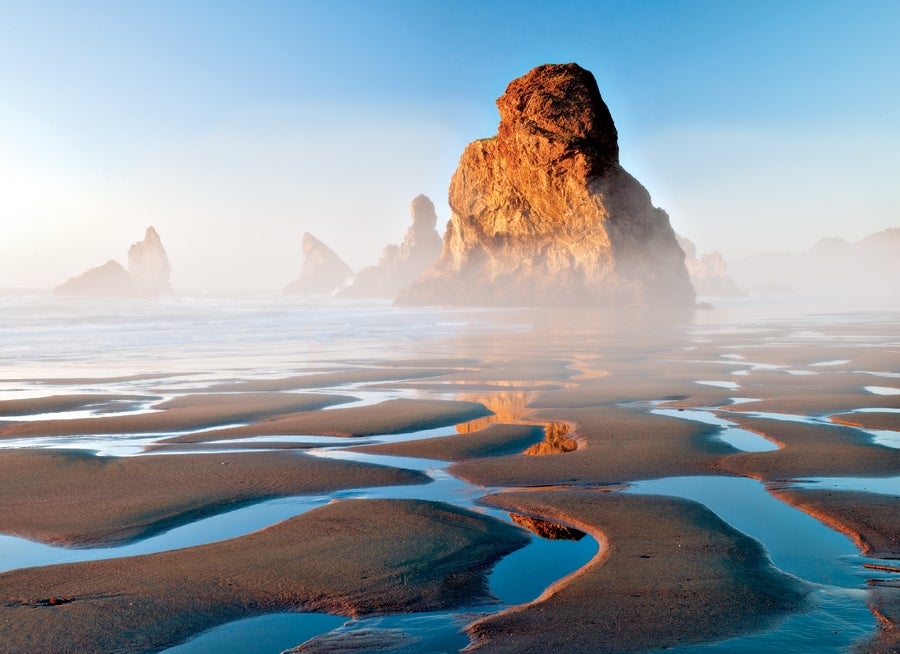 *Grand Prize Winner*“This was taken in January 2009 on a remote beach in Samuel H. Boardman State Scenic Corridor, OR, during a rare dry, clear spell. Access to this corridor is limited to a few sandy beaches down steep slopes. I was photographing just before sunset when fog started to form and the tide was at its lowest, revealing these tide pools. Everything seemed to come together. I made three vertical images and then stitched them together, for a quality similar to that of a 4×5 camera.” See more images at www.fratesphoto.com.*Tech Specs:* Tripod-mounted Canon EOS-1Ds Mark III with Canon 24–105mm f/4l IS lens and polarizing filter. Exposure, 1 sec at f/16, ISO 100. three images stitched into one using photomerge in Photoshop CS4. 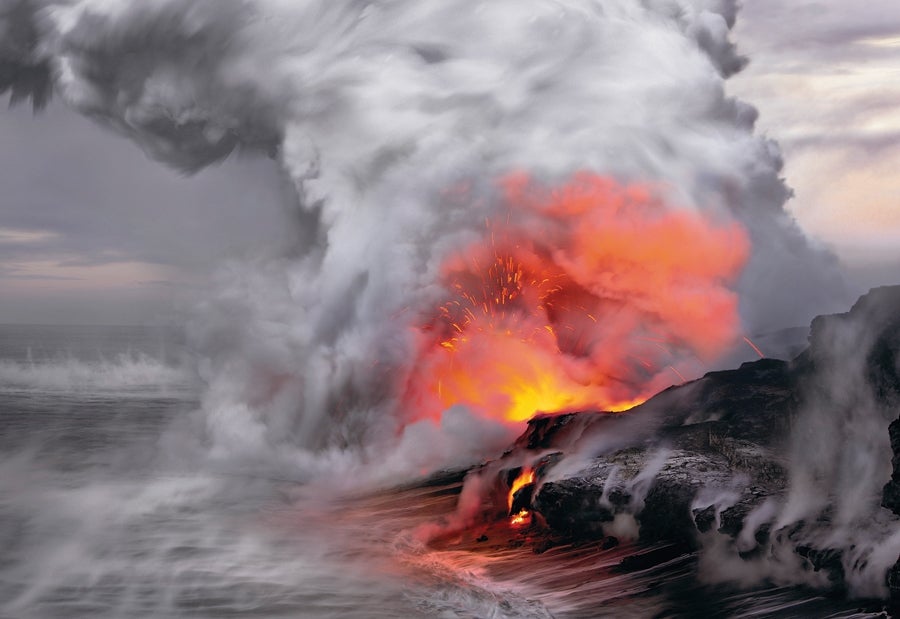 *Nature Category Winner*“I had made multiple trips to Hawaii hoping to capture volcanoes. Kilauea Volcano, on Kalapana, The Big Island, I found following some rumors down dirt roads. I shot it at 5:54 a.m., under moonlight. It reminded me of the legend of Pele, Goddess of Fire in Hawaiian folklore—legend has it that she and her sister Na-maka-o-Kaha’i, Goddess of Sea and Water sabotaged each other. You can visualize Pele in the upper left, blowing steam from the volcano into the ocean.” Visit www.peterlik.com. *Tech Specs:* Tripod-mounted Hasselblad H2 with 50mm lens and Fujichrome Velvia 50. Exposure, 2 sec at f/11. 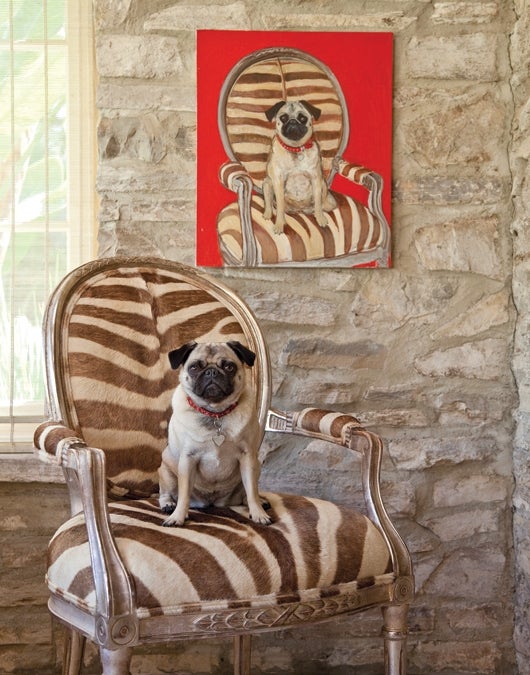 *Candid/Humor Category Winner *“I shot this at my mom’s house on her 92nd birthday. She’s an artist, and she had just finished this painting of her pug, Bella, a few weeks earlier. When she was out of the house, I posed Bella—I thought that including the painting would make a striking composition. Bella is easy to photograph because she holds her pose quite steady. I positioned my camera with zoom on a tripod with available light. Then later I surprised Mom with a 16×20 print. I’m also working on a book of dog portraits.” See more of his work at www.marklohmanphoto.com.*Tech Specs:* Tripod-mounted Canon EOS 5D Mark II with Canon 24–105mm f/4 lens. Exposure, 1/25 sec, f/4, ISO 400.

*Action/Sports Category Winner *“I shot this for a project I’m doing with natural disasters and extreme sports. It’s a composite of four different pieces: the background, the sky, the biker, and the tornadoes. The first two were photographed in Northern California in late afternoon. The biker I shot in my studio. It’s my friend Ashley on her bike, which was on a stand; she was pretending to ride it, but it wasn’t actually moving. I created the tornadoes by manipulating cloud images. I like to use a lot of special effects in my photography, and I like having a challenge.” See more at www.timothybaileyphotography.com. *Tech Specs:* Mamiya 645AFD with 17MP Leaf Aptus digital back and 55–110mm lens. Composite made in Adobe Photoshop CS3. 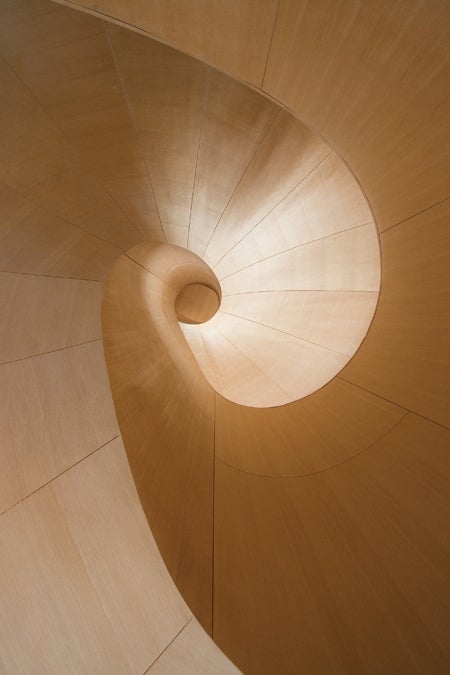 *Architecture Category Winner *“I made my first visit to the Art Gallery of Ontario during lunch one day with a friend. When I saw this Frank Gehry-designed staircase, I fell in love with it, so I brought out my camera and began climbing up and down, trying to find the best perspective. I ended up near the bottom, hanging backwards over the banister and looking straight up.” See more of his photos at www.shuttered-dreams.com.*Tech Specs:* Canon EOS rebel XTi with a Sigma 10–20mm f/4–5.6 HSM lens. Exposure, 1/30 sec at f/8, ISO 400. 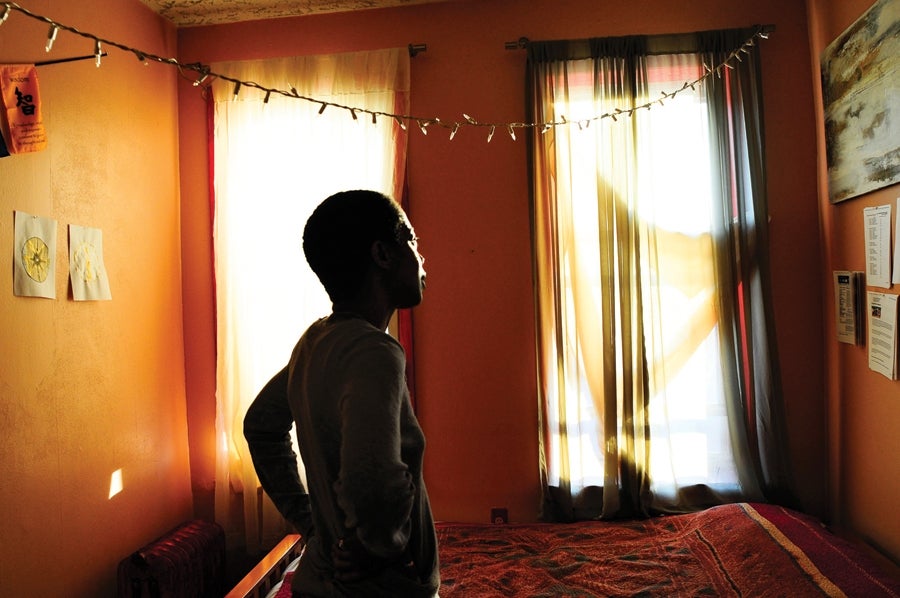 *People Category Winner *“This photograph is of Pamella Allen, a painter in New York City. She’s part of a project I’ve been working on titled ‘Artists Spaces,’ which focuses on how the lives of fine artists is changing in today’s world. Stereotypically portrayed as reclusive, artists are now being asked to be their own publicists, managers, agents. In this photo, Pamella is looking at one of her finished works and talking about it. I used available light. I was motivated in composition by light and shape—these always help me capture a mood.” See the full series at www.kn-dphotographic.com.*Tech Specs:* Nikon D300 with 20mm f/2.8 Nikkor lens. Exposure, 1/30 sec at f/5.6, ISO 400. 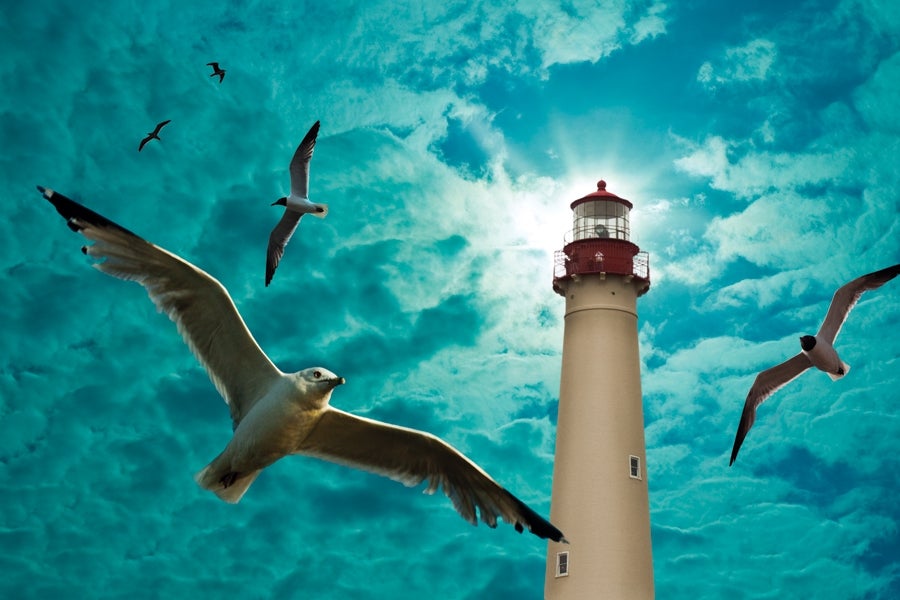 *Travel/Places Category Winner*“This shot was half planned and half happy accident. I was on vacation in Cape May, NJ, last July, and found this lighthouse while exploring the beach. I knew I had to shoot it— just didn’t know what I wanted it to look like. Then the idea of a composite came to me. I captured just the lighthouse one day, shooting close-ups and from a distance to cover enough angles to choose from. Then I went back the next day at roughly the same time to photograph the seagulls. The sun wasn’t as much of a difficulty as you would expect—framing it behind the lighthouse, I bracketed all my shots so I knew I would get the look I wanted. The main problem was the mosquitoes. They were pretty terrible, so I had to work fast. I think I lost about a pint of blood on this shoot.”*Tech Specs: *Canon EOS 5D Mark II, with Canon 35mm f/2.8 (lighthouse) and 70–200mm f/4 (seagulls) lenses. Exposures, 1/125 sec at f/11, ISO 100. Composited in Adobe Photoshop CS4. 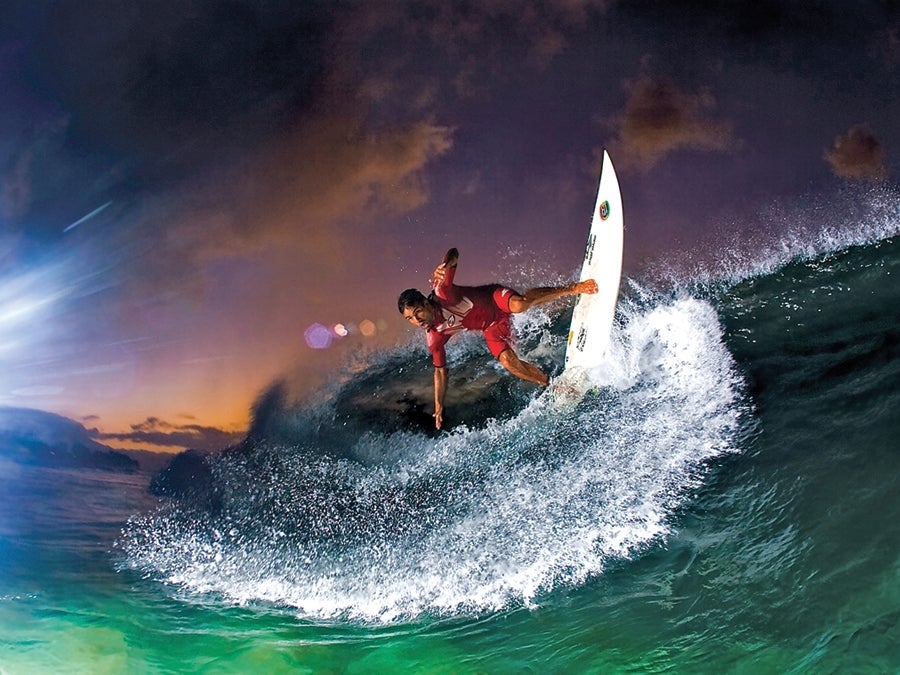 *Runner-Up*“I shot this photo in a trip I did to Hawaii early this year at North Shore, Oahu. I had in mind a photo of surfing using a flash slave, separate from the camera, and I waited for a perfect day with a beautiful sunset background to bring more color in the photo. I asked a friend to hold the flash for me as I held the camera, and my surfer friend was wearing a red wetsuit to make it more colorful.”*Tech Specs:* Canon EOS-1D Mark IIN with a 15mm fisheye lens with Canon Speedlite 580EX flash and Pocket Wizard Plus 2 transmitter. Exposure, 1/80 sec at f/5, ISO 200. 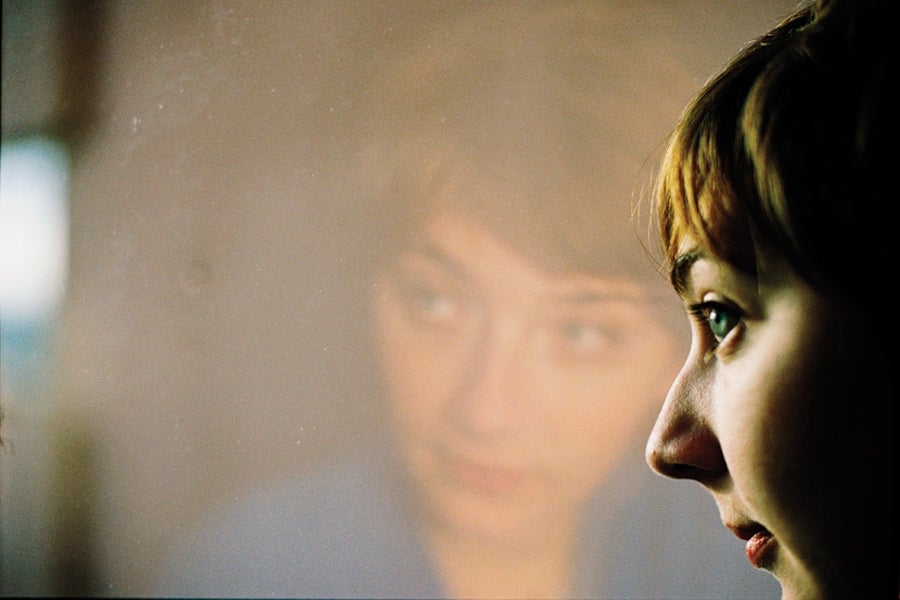 *Runner-Up*“This photo is a candid portrait that I took of my girlfriend Emily. It was taken on Thanksgiving of 2008 in our room at the New York, New York hotel in Las Vegas.” (www.flickr.com/photos/festivalcity/)*Tech Specs:* Nikon N90s with 50mm f/1.4 Nikkor lens and Kodak Portra 400VC film. Exposure at f/1.4 (speed unknown). 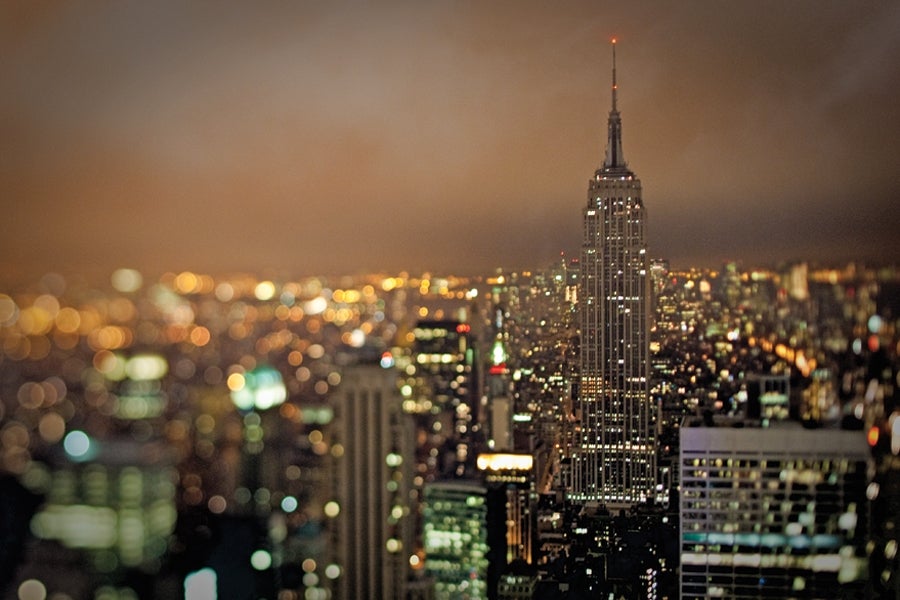 *Runner-Up*“I took this at the ‘Top of the Rock’ in New York City, looking out towards the Empire State Building, during ‘Earth Hour 2009’ – when lots of different corporations and buildings and icons around the world agreed to switch off their lights for an hour. I made the image with a tilt-shift lens, and I used one of the binocular stands installed on the viewing platform to steady the camera. (www.orangeblob.com)*Tech Specs:* Canon EOS-1D Mark III with 45mm T/S lens. Exposure, 1/3 sec at f/2.8, ISO 640. 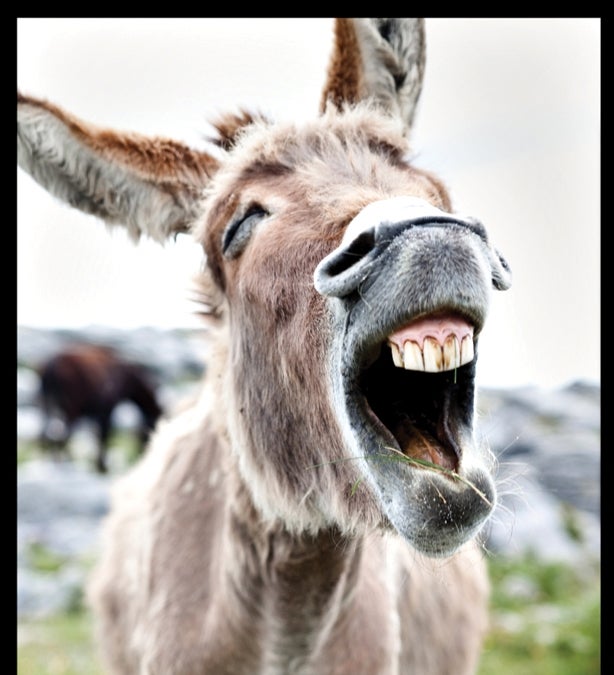 *Runner-Up*“I went on a 5 day photo trip in July to Ireland, and when I drove through the Burren, I encountered a bunch of donkeys. When I started photographing them this donkey kept coming up to me and clearly liked being photographed.” (www.konradbrattke.com)*Tech Specs:* Canon EOS 5D Mark II with Sigma 28–70mm f/2.8 lens. Exposure, 1/250 sec at f/4, ISO 100. 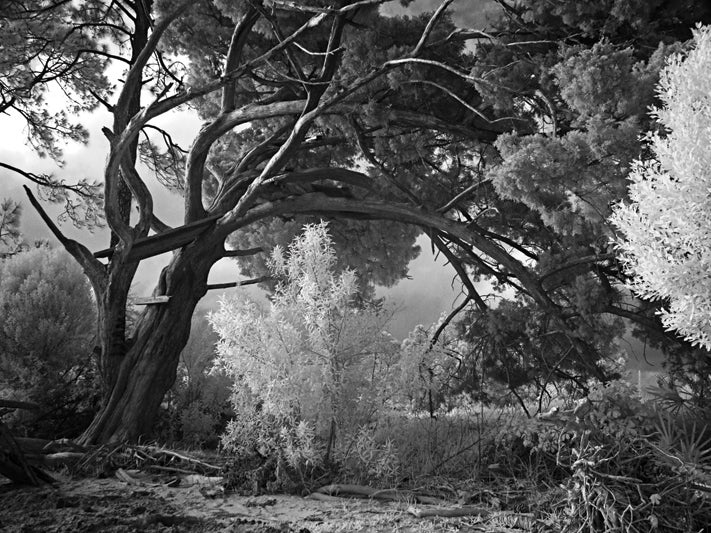 *Runner-Up*“I was walking along the beach in Panama City just north of Tyndal Force Base after our meetings and saw the image possibilities. The light was great and I ended up taking about six various angles and orientations of the tree.” *Tech Specs: *Fujifilm IS-1. Exposure, 1/50 sec at f/3. 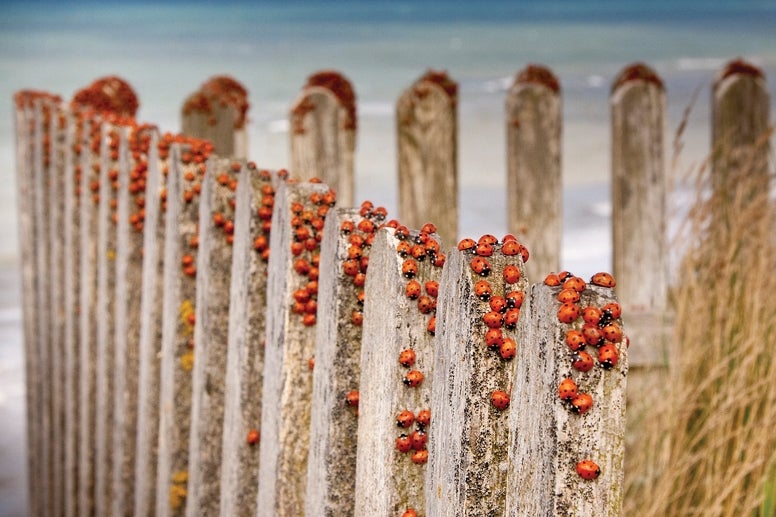 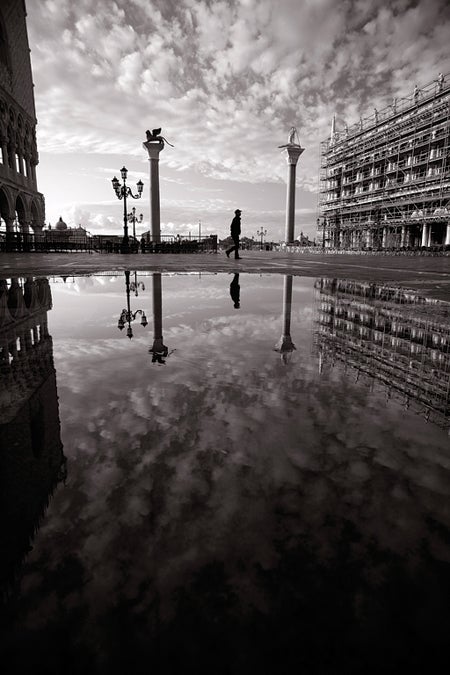 *Runner-Up*“This photo was taken on my trip to Italy last year, at San Marco Square in Venice. I was getting up every morning for sunrise shots, and was lucky enough to capture this when I found a puddle in the middle of the square.” (www.flickr.com/photos/sixty9/)*Tech Specs:* Canon EOS 5D with Leica 21mm f/4 Super-Angulon Leitz lens with lens adapter. Exposure, 1/125 sec at f/4, ISO 100. 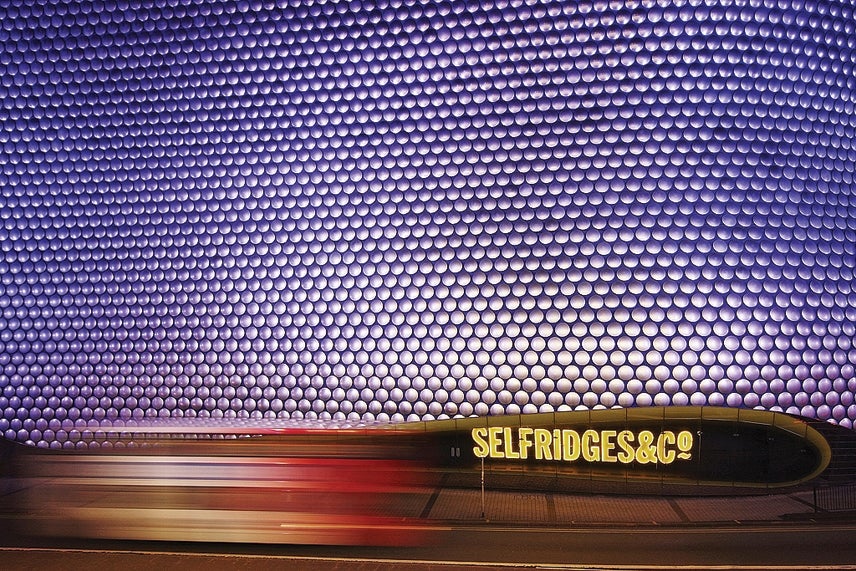 *Runner-Up*“This photo was taken in Birmingham, UK. The name of it is ‘Bull Ring,’ and it’s a popular shopping mall. I spent 12 hours there in a day trip, and shot over 300 images over the course of the day. This was taken from the mall’s parking lot across the street.”*Tech Specs:* Canon EOS 40D and Sigma 10-20mm lens. Exposure, 0.6 sec at f/5, ISO 100.(www.exactish.com) 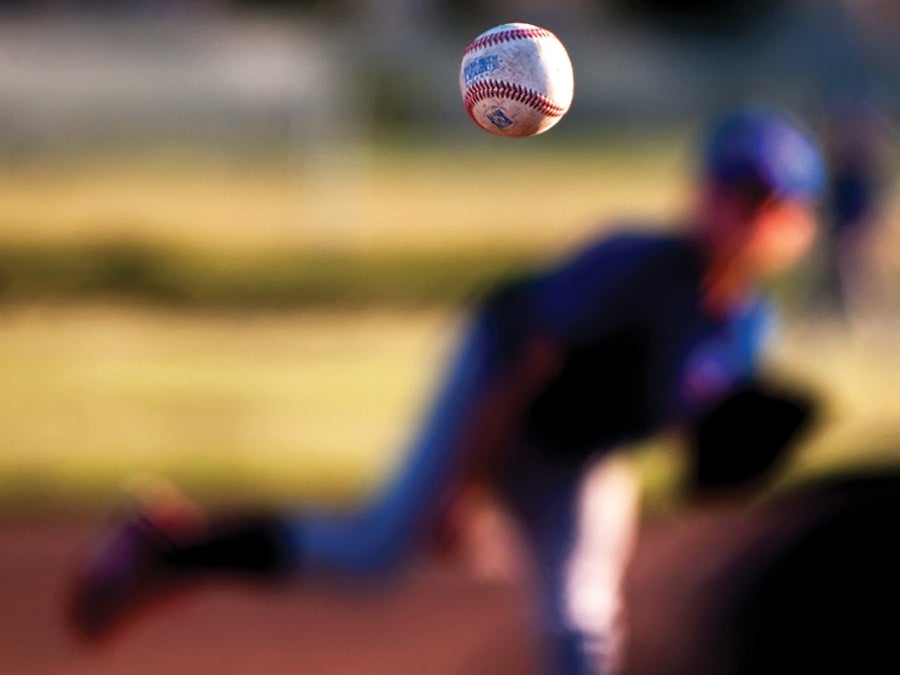 *Runner-Up*“I first stood behind the backstop and watched the pitcher to get his timing down before even taking a shot. Once I had his timing down, I put my lens hood on the fence and manually focused on an area where the ball would be in focus and the pitcher would still be in the frame. Knowing the timing of the pitcher, I did a 3–5 frame burst in aperture-priority as the ball crossed the focal point. The sun setting gave the image great contrast.”*Tech Specs: *Nikon D300 with 80–200mm f/2.8 AF-S Nikkor lens. Exposure, 1/2500 sec at f/2.8, ISO 800.
news