If yout even see the other astronaut in the reflection. I would love to see some EXIF data. 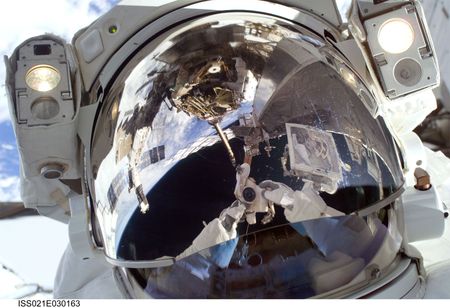 If you’re a Facebook user, then the pose Astronaut Robert Satcher is striking should be all too familiar, which makes it even more surreal that this photo was taken while in outer space. The shot was captured during a six-hour and 37-minute spacewalk, while Satcher and Mike Foreman worked on a space station. I have been looking at it for a few minutes now and it’s incredible how much there is to notice. Until I clicked on the high-res version, I didn’t even see the other astronaut in the reflection. I would love to see some EXIF data. Click on the image above for a high-res version that’s just begging to become your desktop background.