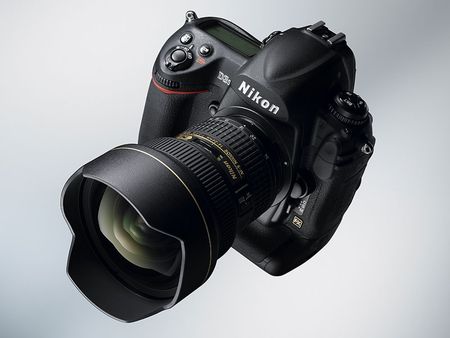 At the heart of the D3S is a newly designed FX-format 36×23.9mm CMOS sensor that boasts the same pixel size and 12.1-megapixel resolution as the D3. They claim the new design gives it a higher signal-to-noise ratio as well as an “unmatched” dynamic range for both stills and video.

Other upgrades include a self-cleaning optical low pass filter that oscillates to shake off particles. There’s also a monaural microphone built-in, as well as an input for a stereo microphone if you want higher fidelity sound with your video.

All in all, the changes are few, but also quite signiicant. The increased sensitivity alone is groundbreaking, marking the first time any camera has allowed an ISO over 100,000. Photos are sure to be quite noisy at that level, but will let you capture images that weren’t possible before this camera came along. You can expect the D3S to show up at your Nikon dealer by the end of November. Check after the link for more photos and a rundown of all the critical specs.