Former fashion photographer Just Loomis, whose work has been featured in the New York Times, Harper says Elisabeth Biondi of The New Yorker. 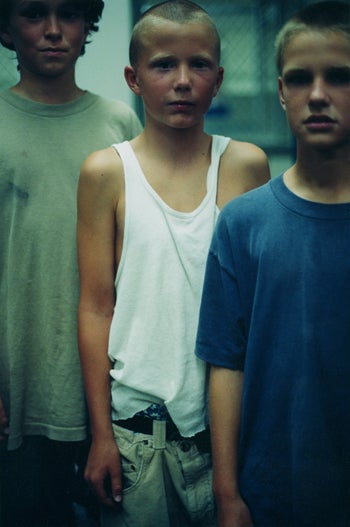 Former fashion photographer Just Loomis, whose work has been featured in the New York Times, Harper’s Bazaar and Interview, is showcasing ten years of photographs since his split from the fashion industry in 1998.

Often uncomfortable with the rules of beauty as a photographer, Loomis turned to observing subjects rather than directing or posing them. “His pictures of girls are alluring – after all, Helmut Newton was his mentor,” says Elisabeth Biondi of The New Yorker. “Now, striking still lifes and intriguing shots of children compete with them for the spotlight.”

Starting this weekend, you can check out Loomis’ exhibit hosted by the Frieda and Roy Furman Gallery at Lincoln Center. For more info, visit justloomis.com