The May 2009 issue profiles America unfortunately that wasn’t what the article was about. 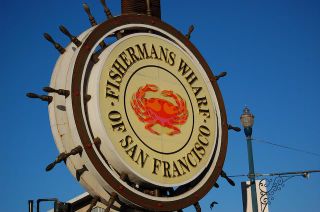 The May 2009 issue profiles America’s Most Photo-Friendly Cities, check out the article and rankings here.  We figured readers might make some objections to our rankings, but were surprised to see that some (or at least one) San Francisco resident wasn’t happy to come in second.

SF Weekly columnist Joe Eskenazi complained about his city’s beauty not being properly recognized. But he kind of missed the point, we love San Fran and think it’s gorgeous; unfortunately that wasn’t what the article was about.

“Joe Eskenazi may have noticed that there were words accompanying Pop Photo’s article, but we guess his lips were too tired to actually read them. So, first off, he missed that the ranking was of “America’s Most Photo-Friendly Cities” and not “America’s Most Photogenic Cities.” He also missed that the ranking was based on 10 factors, including cost to visit (San Francisco, New York, and Chicago all got whacked on this), optimal percentage of sunny daytime hours (optimal not being 100 percent—photographers like clouds now and then), clean air (nothing ruins a cityscape photo like smog—guess where L.A. ranked on this), amount of parkland relative to the population, crime rate (of some concern if you’re walking around with expensive toys), and expected level of harassment by overzealous security. Sure, we were disappointed that our beloved Noo Yawk didn’t crack the top ten, but hey, this is the town where you can still get arrested for taking pictures in the subway, even though it’s completely legal. Is it a perfect ranking system? No, but you have to admit it got your limited attention.”