A good week for space photography 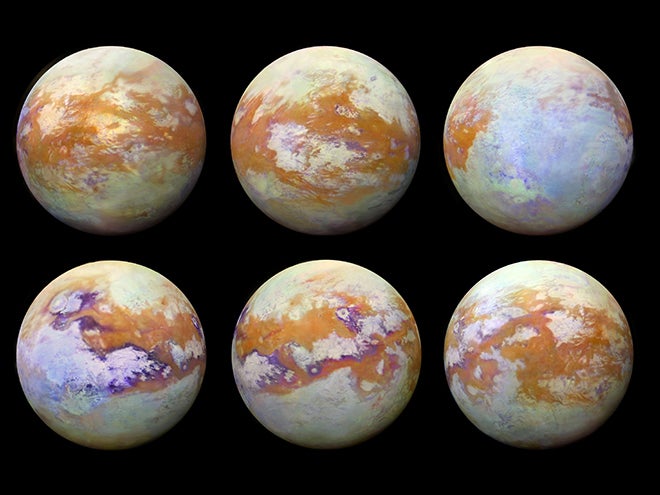 Astronomers released some incredible images of our Solar System last week—let’s take a peek at some of the highlights.

Above is the clearest picture of Neptune ever taken from Earth. It’s even better than similar pictures taken by the Hubble.

The trick is adaptive optics, which use deformable mirrors (and sometimes lasers) to reduce blurring to the images caused by the presence of the atmosphere. Read more about how a similar system works here.

The Saturn mission of our faithful explorer Cassini lasted over a decade and sent back incredible pictures and data. Though it was intentionally crashed into the surface of Saturn last September, its data is still changing our view of the solar system.

These images of Saturn’s moon Titan were taken in the infrared. Cassini gathered pictures of the satellite for 13 years, and all that data has now been converted into these stunning views. According to a NASA press release these images “represent some of the clearest, most seamless-looking global views of the icy moon’s surface produced so far.” 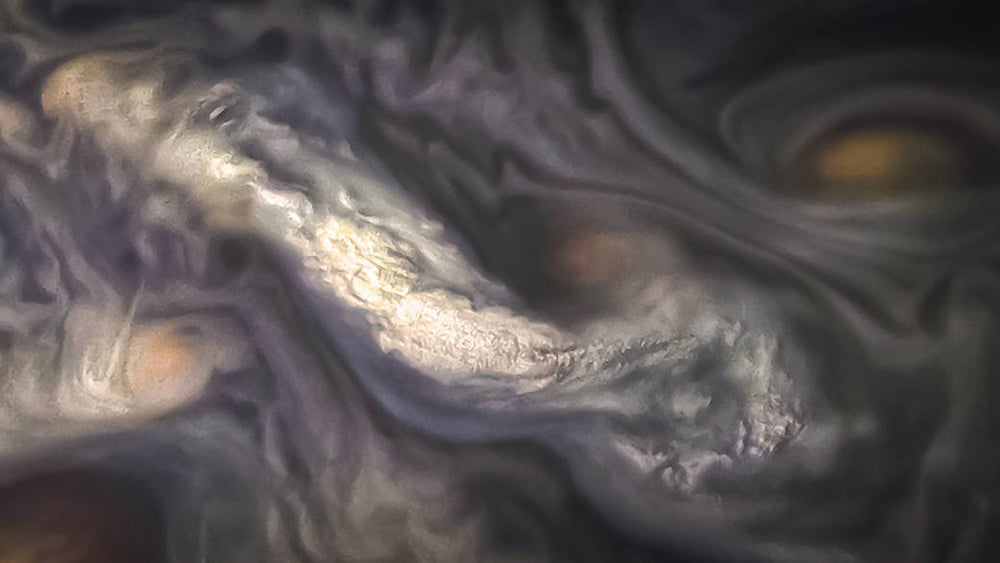 This cloud on Jupiter is ready for its close-up.

On July 15, the Juno spacecraft, currently in orbit around Jupiter, made a close flyby of the planet, and captured this stunning picture of high-altitude clouds forming in the planet’s North North Temperate Belt (yes, two Norths) just below Jupiter’s North Polar region.

Juno is giving us some incredible images of our largest planet. If can’t wait for more, and you want even more pictures of Jupiter, check out our Jovian guessing game.

Some pretty amazing images of Pluto awed the world when they were released back in 2015. But New Horizons—the spacecraft that took the images—had cameras that could see well beyond the spectrum of visual light available to us mere humans. The result was gorgeous pictures, but not pictures that matched what we’d see if we managed to fly all the way out there and gaze at Pluto with our own eyes. This new image corrects that, and allows us a glimpse of what Pluto might look like without false-color alterations.

Click here to see Pluto’s moon Charon in true colors as well. If you’re interested in learning more about the process, see this Twitter thread from planetary astronomer Alex Parker—who processed the photos—for more details on how he adjusted the colors to match what our eyes are capable of seeing. 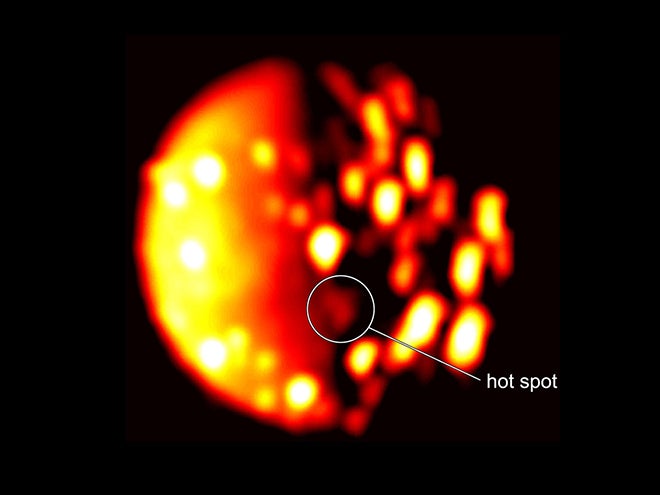 A potential new volcano is circled on Io.

Bonus picture! It’s not as clear and stunning as the pictures above, but this red-hot image of Jupiter’s moon Io also made the news this week. Io is the most volcanically active body in the solar system, gushing lava in such vast and impressive amounts that Earth’s eruptive summits look positively puny by comparison.