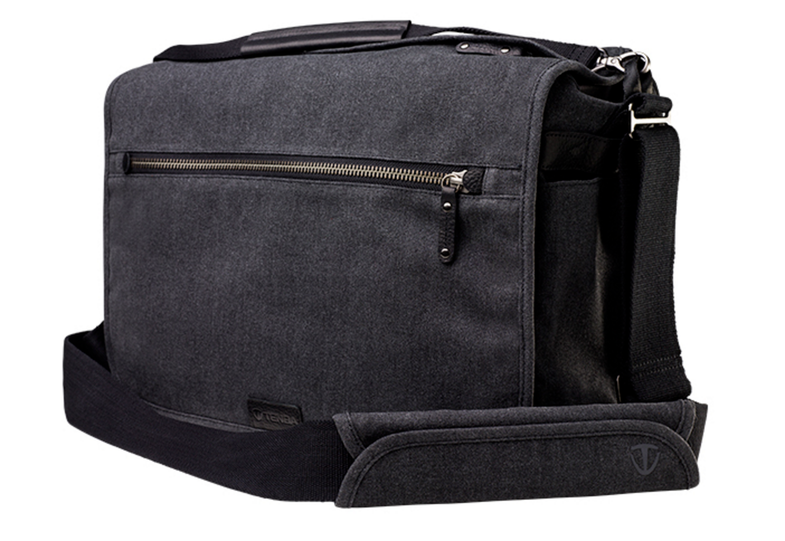 Tenba’s DNA Messenger bag has been one of its most popular options for a while, and now they’re giving it an attractive sibling in the form of the Cooper messenger bags.

The outer portion of the bag is made of super-tough, and water-resistant cotton canvas with a coating on the backside. The trim and base are made from high-end leather, which makes it tough and nice to the touch.

Rather than putting pockets directly onto the side of the bag, they’ve include side loops, so you can mount optional accessory pouches. The back of the bag also has a slot that allows it to mount onto the handle of a piece of rolling luggage.

Perhaps the most important feature is the silent Velcro, which allows you to pull the top flap open without that awful ripping sound.

The Cooper collection has four different sizes. The 8 is the smallest version is meant for small camera systems like mirrorless. There are two versions 13, both of which hold a 13-inch laptop, however the 13 Slim is meant to lay flatter against the body. The biggest model is the Cooper 15, which can hold a 15-inch laptop and DSLR as well as other lenses and accessories.