The latest triggers from PocketWizard play nice with on-camera flash 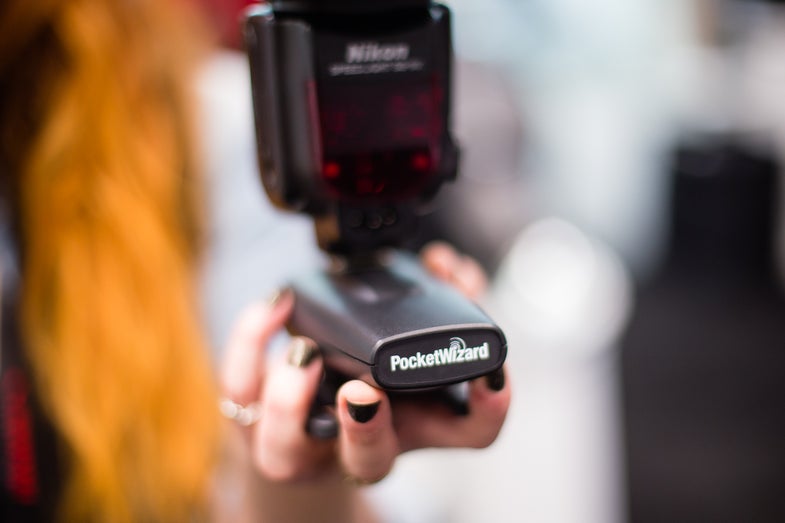 At first glance, the Plus IV triggers actually look a bit like the their Flex TT5 transceivers, if a bit more narrow. They have a male hot shoe on the bottom and the female hot shoe on the top, so you can actually mount it directly between your camera and a speed light.

The triggers themselves don’t transmit TTL information, so any remote flashes you set up will have to be controlled manually. The flash on top of the camera, however, can still be set to auto mode, using the TTL readings from the camera.

So, if you were shooting a wedding reception, for instance, you could have your main flash mounted on top of the camera and Plus IV transceiver while using auto mode, and still fire two (or more) remote flashes that are controlled manually.

There are four different groups, and the Plus IV is actually fairly similar to the Plus III in a variety of ways. Since they’re transceivers, they can also be used to trigger remote cameras in addition to firing flashes.

There’s no hard release date for the Plus IV Transceivers yet, but PocketWizard says we can expect them to hit the market in Q1 of 2016. They also haven’t released an official price point for the Plus IV triggers, but the rep said he believed it would be in the same ballpark as the Plus III, which hovers around the $140-$150 mark.