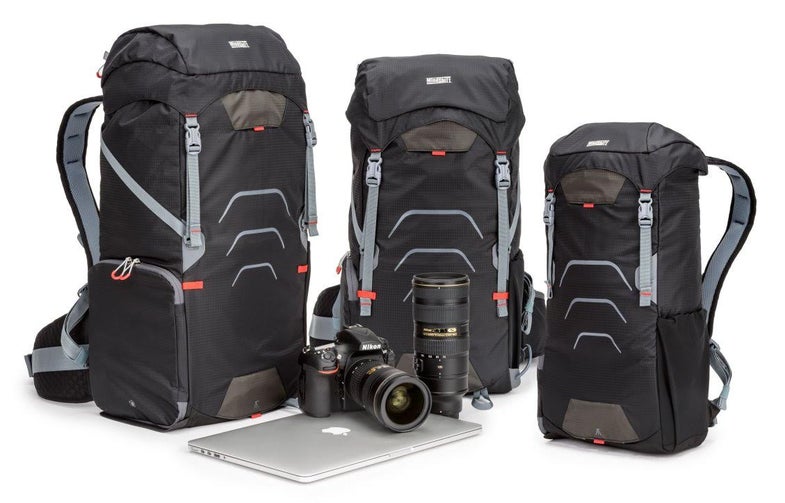 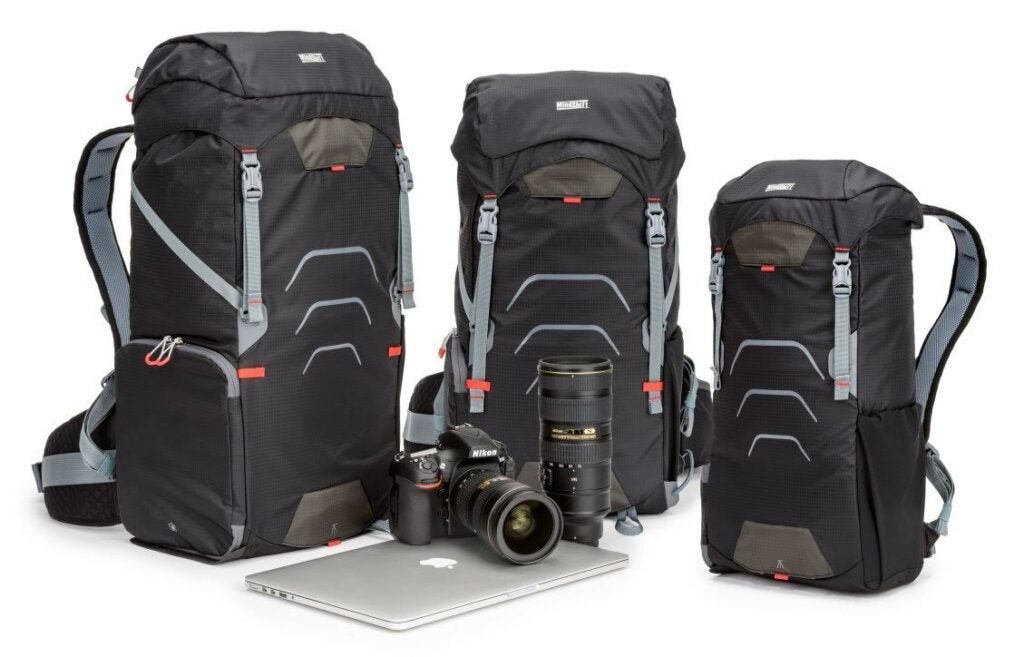 When you’re in the wild with a pack on, weight really matters, especially if you’re spending all day lugging it around. The latest camera bags from MindShift Gear’s UltraLight series are built to be tough but extremely light.

There are three new models. The UltraLight Sprint 16 is the smallest in the bunch. The UltraLight Dual 25L and Dual 36L are bigger and have a removable camera compartment with a shoulder strap for moving around without the full pack.

The 16L version holds a small tablet, a smaller DSLR, and a regular zoom lens like a 24-70mm zoom. The 25L holds a regular-sized DSLR with a standard zoom or a couple of prime lenses, as well as a 15-inch laptop and fourteen liters of personal gear. The big daddy 36L fits a pro-sized DSLR with a standard zoom attached as well as an extra zoom lens like a 70-200 if it’s disconnected from the body. It also holds a 15-inch laptop and 20 liters of personal gear.

The big draw here, though, is the weight. The smallest version weighs less than two-pounds, while the 25L and the 36L weigh in at 2.8 and 3.3-pounds respectively. Despite their light build, they’re still pretty tough (at least on paper) with a water-resistant outer and burly zippers.