This portable ring throws light from every angle 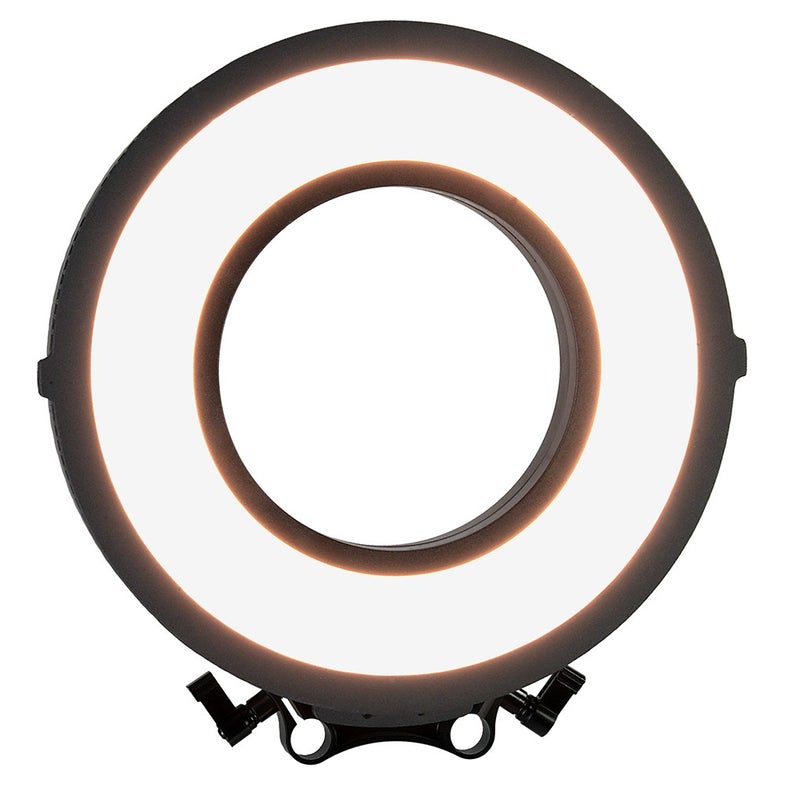 I have long been a fan of ring lights. They have gone in and out of fashion a few times in the past decade or so, but I always like the glow they seem to produce in photos and videos. Now, Fotodiox has created a new option in the form of its FlapJack LED Ring Light.

The light is a 10-inch circle that’s designed to surround a camera’s lens and throw light at the subject from a variety of angles at once. It can draw power from the wall using an included cord, or a pair of Sony rechargeable batteries.

The light itself is adjustable from 3200K (tungsten light bulbs) up to 5600K (daylight) color temperatures with a consistent power output. There’s a display on the back of the light to keep track of things like temperature, output, and battery life.

You can mount the light in several different configurations, one of which includes a set of rails so you can actually adjust the camera’s relative distance from the light itself.

The whole package costs $359 including the batteries, which is fairly affordable for a complete system like this. You can use it for portraits, but you can also use it for other things like documenting objects that need a uniform light source, or even macro photography.