The right crop can lead the eye to a sweet spot 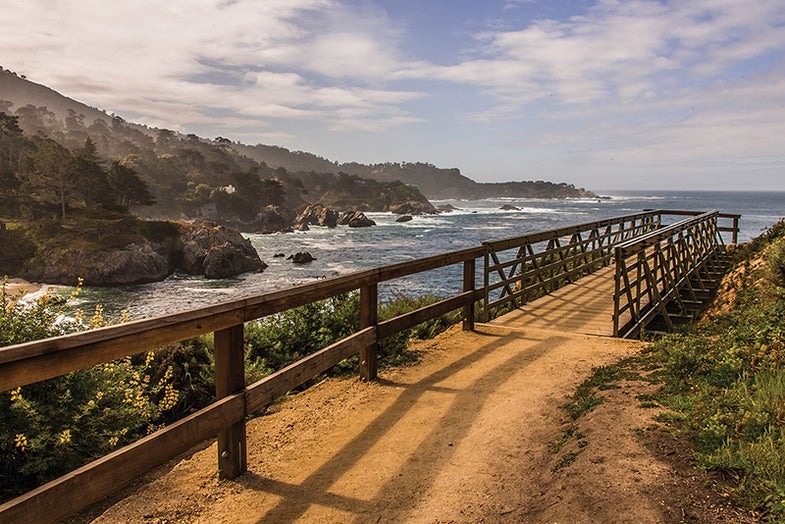 When Heather Collins settled her gaze on the breathtaking Point Lobos scene above during a Mentor Series trek to the California coast, she knew she’d arrived at some kind of photographic heaven.

That doesn’t mean the picture took itself. This Greenville, South Carolina, mother and community volunteer faced some hard photographic decisions. She liked the way the strong lines of the foreground fencing and its shadows pulled her eye deep into the scene and out to the glorious seascape beyond. Shouldn’t she include it?

Upon sharing the picture with fellow trekkers in a lively discussion later that evening, however, she was almost convinced that much of the fencing had to go. It actually blocked one’s view of the magical beyond. What to do? She ultimately kept the leading lines, but learned in the process that it never hurts to frame a shot in multiple ways.

Collins’s Mentor Series excursions, which have also included forays into New York City and northern Arizona, have taught her the importance of thinking before she shoots. “Is the subject conveying my message [about it] and have I used my camera to capture it in the best, most expressive, and telling ways?”

Almost as important is spending time before each trek really getting to know her camera. “I don’t want camera settings or equipment to hold me up when I’m out in the field,” she says. “I want to be ready to grab the moment when it happens.”

Collins has also discovered that shooting in RAW gives her far more flexibility than other formats when editing her files. “I find that the more data there is in an image, the better it will be,” she says.

Another reason these photo safaris are important for Collins? She’s shared all three with her father, a talented photographer himself. “He and I are a package deal on these treks,” she says. It’s almost like a family reunion.

Heather Collins of Greenville, SC, gardens and, along with her husband and children, is an avid fencer.