The right filter can make all the difference 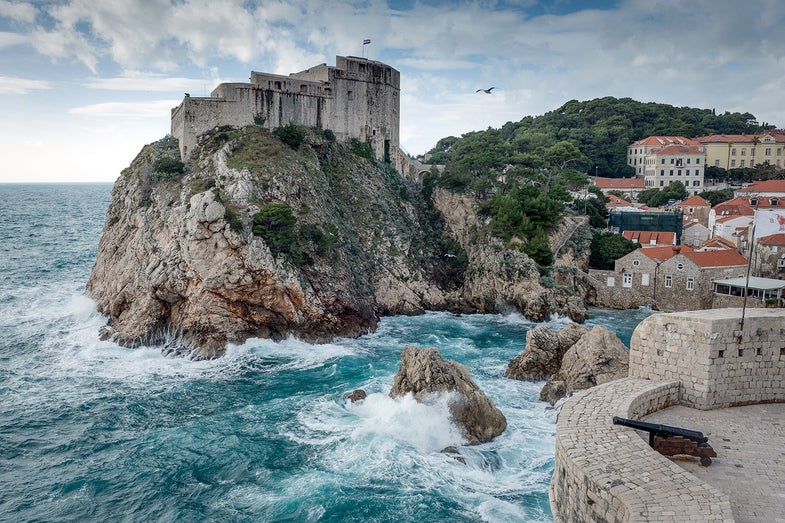 Dubrovnik’s imposing fortress overlooks the Adriatic Sea from Croatia’s rocky coast, and Mentor Series participant Carolyn T. Davis remembers the view well. As she walked this famously walled city, she stopped to look behind her and admire the view again.

While the architecture was heart-stopping, color added a lot to the scene, too. “Whenever I’m around water, I attach a polarizing filter to bring out the color,” says the pediatrician from Overland Park, Kansas. Here it removed reflections from the sea’s surface and intensified the turquoise undertones. By reducing glare, the filter also heightened saturation in the blue sky, which brought out the clouds.

Later she was glad she had turned to admire the scene a second time. “I try to remember to look back at wherever I’ve just been,” says Davis with a grin. “Seeing a location from different angles sometimes gives you a slightly different or, like here, a significantly different view of it.” If Davis hadn’t turned, she wouldn’t have taken this picture and wouldn’t have won a Mentor Series “Best in Trek” award for it. As we’ve said before, sometimes the best shots are behind you.

Other factors that distinguish the shot? Davis composed the scene to bring out its inherent rhythms. The fortress and the taller hill form two distinct beats within the overall composition. Had she zoomed in on the fort, that pleasing rhythm would be lost. Also, see the gull that’s gliding center-frame? She waited until it emerged from the dark hillside so that its airborne shape would stand out against the brighter sky. Smart move.

Though she is home now, the trip hasn’t totally ended for Davis. “The staff at my office convinced me to hang some of my Mentor Series photos,” she says. “When patients come in, I often receive fun comments about them.” As a result, she gets travel photography feedback long after the trip has concluded. “In fact,” the photographer says, “they make me want to go back for reshoots!”