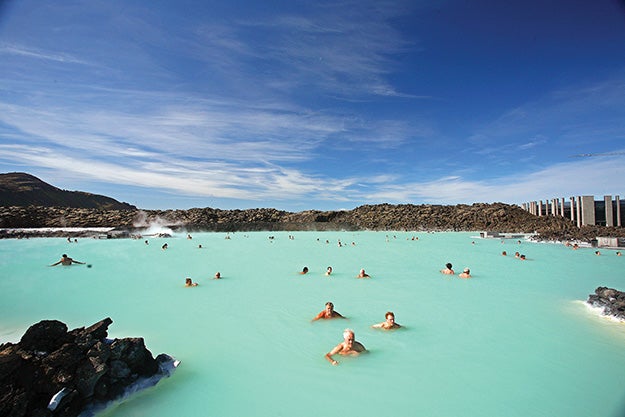 Every day and every destination on these Nordic islands proved an awesome photographic experience for this retired steelworker. “From standing in a lava field amid dozens of steam-venting geysers to climbing up the side of a volcanic crater to experience 360-degrees of incredible views around its upper rim,” he says, “the trek in its entirety was a blast.” His particular favorite: A boat excursion among brilliantly blue, calved icebergs that floated out to sea like abstract sculptures leaving an art museum.

“The scene really brought home to me why I’m drawn to landscape photography,” he says. “I do it because I’m inspired by what happens in nature without the help or hindrance of people.” He recalls, “In Iceland, I was particularly impressed by what wind and water do to lava rock and stone. It was a wonder to behold and I hated leaving.”

Besides amazing landscape photos, Soto took home a camera bag full of tips from this and his other three Mentor Series outings. He now, for example, carries two DSLR bodies, one with a wide-angle and the other with a telephoto lens attached. “I used the wide-angle for the Blue Lagoon shot because I thought it could capture what I found fascinating about the scene: the broad expanses of clean bright color,” he remembers. Having a wide-angle at the ready also let him quickly nab the three foreground swimmers as they turned to look in his direction.

As a landscape photographer, Soto takes every precaution to respect the places he’s been fortunate enough to visit. “I take pictures and leave footprints. Nothing else,” he says.