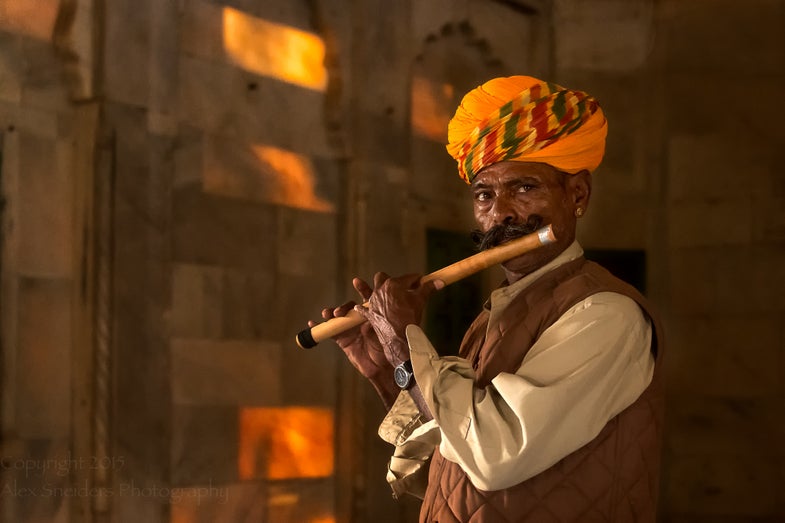 Many of us arrived early for our adventure in India and enjoyed a little time exploring on our own before our adventure began. We kicked off our trek by meeting our Mentors David Tejada and Reed Hoffmann. We started at Asia’s largest mosque known as Jama Masjid, followed by a pedicab trip through the market area in Old Delhi. Our last shooting location in Delhi, the large Sikh Temple known as Gurudwara Bangla Sahib, was rich with images. We then traveled to Varanasi, the home of the most sacred river in India, the Ganges. We explored the Ganges via boat, and we were able to observe multiple Hindu traditions including the Nag Nathaiya festival and the Aarti prayer ceremony. Our next stop was Agra, first viewing the Taj Mahal from the Mehtab Bagh garden and then up close. We stopped by the Chand Baori step well on our way to Jaipur where we were able to visit both the City Palace, Palace of the Winds and Amer Fort as well as the Panna Meena Ka Kund step well. Not only did we find the 16th century geometry of this location photogtenic, we were lucky enough to be joined by the local models, monkeys! We continued on to Pushkar, where we were able to visit the annual Pushkar Camel fair where we photographed at sunrise and sunset. The next city, Jodhpur, the Blue City, allowed us to explore the Mehrangarh Fort, Jaswant Thada and some of the neighboring cultures and people of the Bishnoi villages. We all enjoyed our trek to India.