Deep space can make for a powerful frame 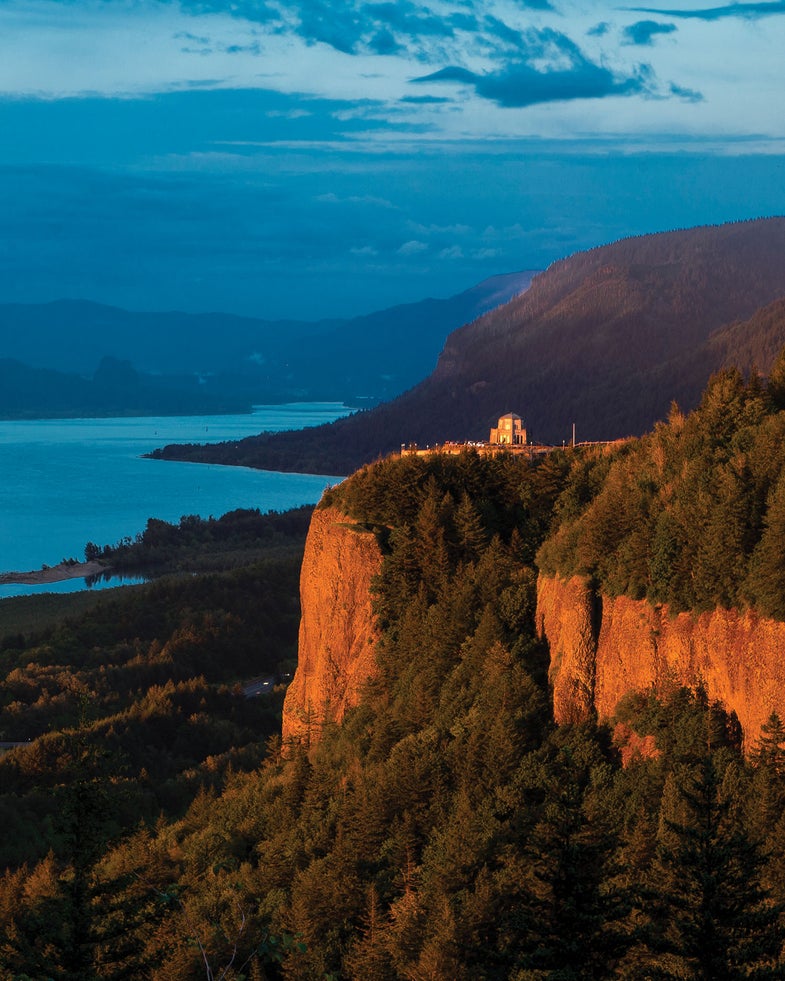 Maybe it’s his experience as a sports photographer, Greg Arthur suggests, that often encourages him to turn his camera mostly to a portrait orientation. “I’m a vertical guy,” he says. While nearly all of his companions were photographing the scenery and the sunset in the usual horizontal landscape position, he turned his camera vertically.

But this financial advisor from Charlotte, North Carolina, who started a youth sports photography business eight years ago, also credits the wisdom he’s absorbed from the Mentor Series. “This was my third Mentor Series trip, and one thing I’ve learned is to look at things differently,” he explains. And that means to push beyond taking the obvious shot.

In this case, Arthur and his fellow photographers had gathered at the Portland Women’s State Scenic Viewpoint overlooking Oregon’s Columbia River Gorge. Deep in the landscape, the historic Vista House stood out among the greenery, lit by the low sun that had only just broken through the day’s cloudy skies. “Over to the right, out of my frame, a little rainbow popped out,” he recalls.

Arthur considered fitting the arc into his photograph, but doing so would have ruined the composition. He would have had to lose the river and still have fit in only part of the rainbow; if he’d turned the camera for a horizontal shot, he would have lost the sense of the cliff’s height. So he withstood the temptation and left the rainbow out.

Besides, while rainbows appear only rarely, Arthur says that he’s learned to see photographic subjects in surprisingly ordinary circumstances. “There are always things to shoot, no matter where you are,” he says. “Another time on this trip I got an unbelievable shot of a dandelion. You just have to look at things another way.”