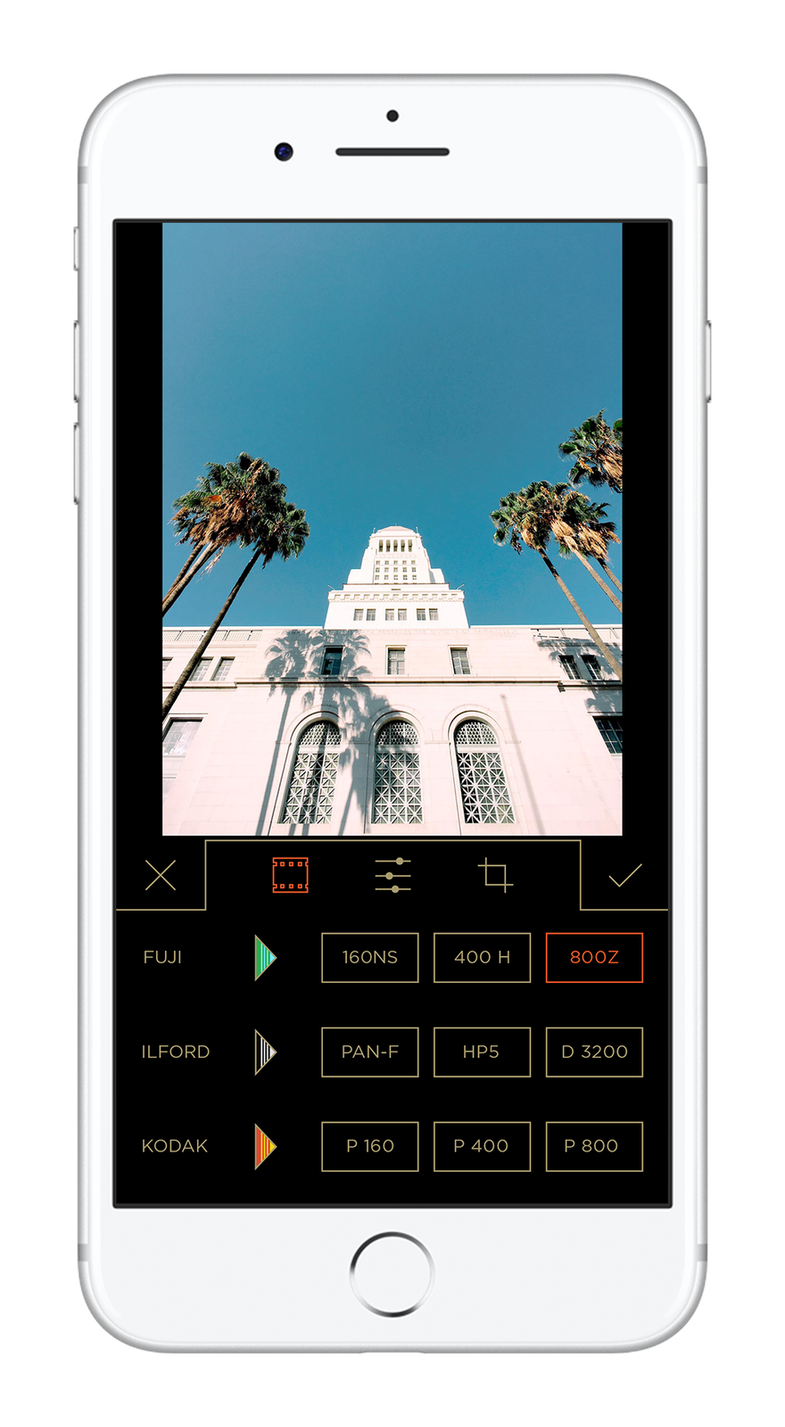 The Mastin Labs Lightroom and Photoshop presets have developed a pretty devoted following, due in large part to the company’s borderline neurotic devotion to make presets that look like actual film scanned in a pro lab. Now, Mastin has announced its long-awaited mobile app called Filmborn for iOS.

Like many more robust photo apps, Filmborn is built from several different pieces. There’s a camera portion, which actually provides live previews of the film-like filters. You can adjust white balance and exposure compensation on the fly. It also has a highlight warning function that tells you when you’re going to blow out your whites, so you can tone down the exposure.

The settings allow you to pick the look of several different lenses, as well as multiple aspect ratios common with film cameras.

The Darkroom piece of the app is for editing photos in a non-destructive format. You get a pretty robust set of tools, including tweaks to the initial film presets.

Each film preset is actually based on research that compares it to the real film stock. So, the presets may actually take a bit of getting used to at first, especially if you’re used to the super-contrasty, saturated filters offered by some other apps.

The goal of the app is to act as a companion for film photographers and to get all-digital shooters interested in trying out the analog art form.

I personally like the PC-based Mastin presets quite a bit, so I’m looking forward to trying out the smartphone equivalents. Look for a full review in the coming days.