Redshirts on the red planet: Mars is sporting a giant Star Trek insignia 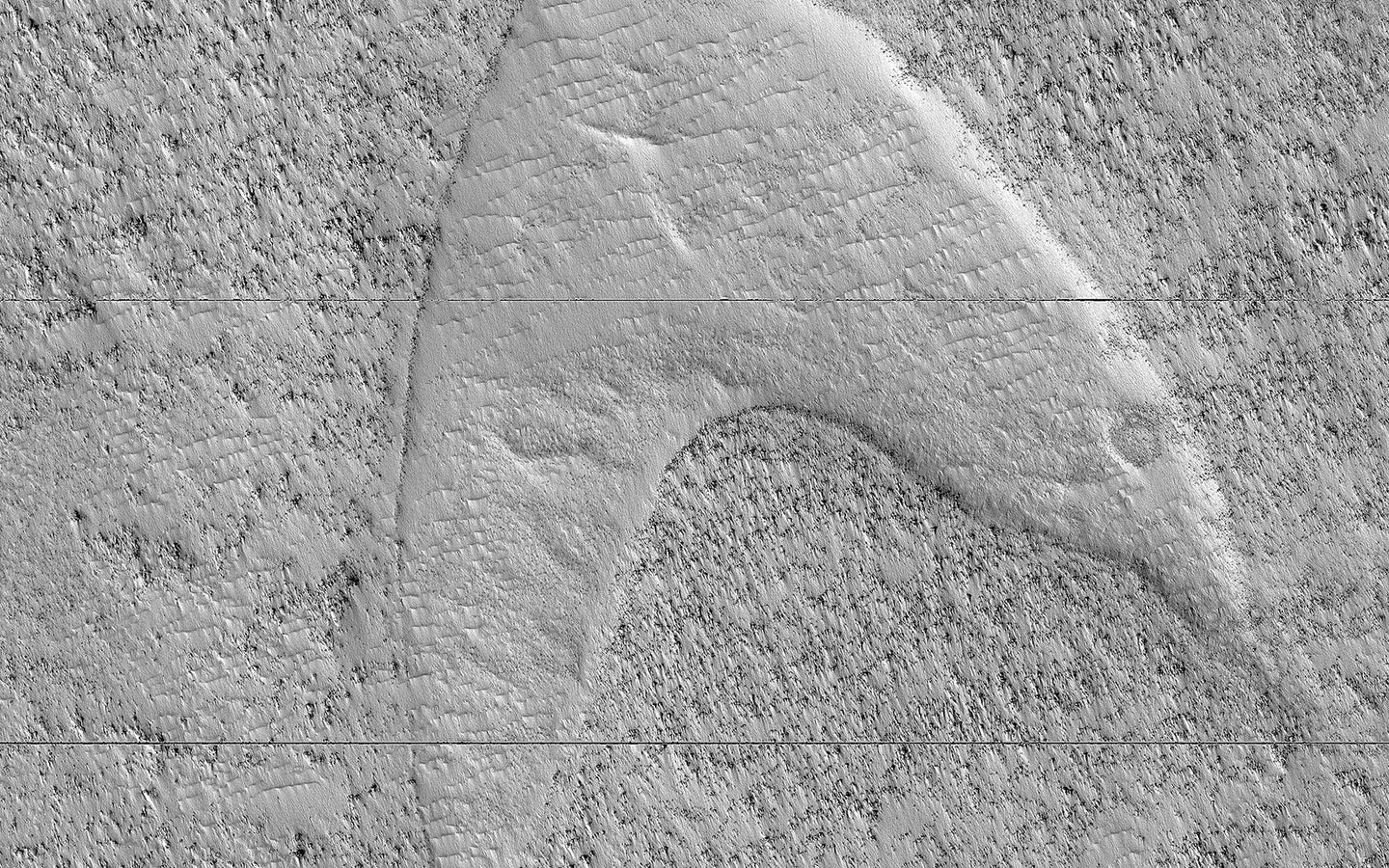 NASA’s newest picture of Mars found some unlikely branding on the red planet’s southern hemisphere. The Mars Reconnaissance Orbiter—a satellite that laps the planet once every couple of hours—captured a formation that looks very similar to Star Trek’s Starfleet logo.

This is pure coincidence, but has trekkies everywhere weighing in (and has even fueled some Star Trek vs. Star Wars tension on Twitter).

The spontaneous logo is located in Hellas Planitia, a plain within the larger Hellas basin. Scientists think the area formed during an asteroid impact, and that crescent-shaped dunes (called barchan) slowly traveled across the area long ago.

Then, somewhere along the way, there was an eruption. Lava flowed across Hellas Planitia, encircling the dunes but not covering them. As the lava cooled, the dunes protruded up out of this new layer like small islands.

RELATED: How scientists saw the ‘invisible’—and captured the first image of a black hole

Eventually Martian winds carried the sand away. But that erosion left behind a mark: the dune’s shape, imprinted in long-cooled lava. Scientists call these ancient remnants dune casts.

“Enterprising viewers will make the discovery that these features look conspicuously like a famous logo: and you’d be right,” NASA scientists admitted in a statement, “but it’s only a coincidence.”

The Mars Reconnaissance Orbiter was launched in 2005 to search for evidence of water on Mars. It’s now spent 13 years in orbit, and though its primary mission ended in 2010, it’s considered a critical communication link for facilitating future missions to Mars.