Kendall Jenner is probably a more successful photographer than you, and that’s OK

If you're mad about celebrity photographers, you should probably rethink things. 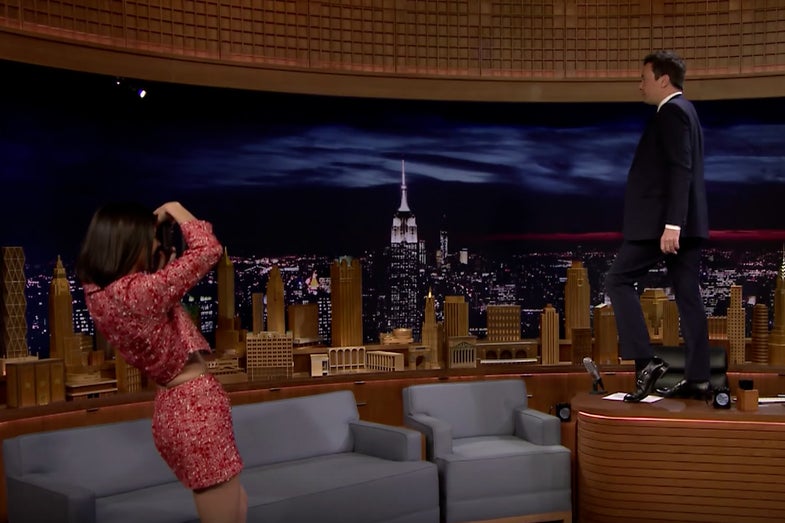 Photographers can be an ornery bunch. We’re protective of our craft, proud of our work, and quick to defend the art when it’s under attack. Sometimes, though, that defensiveness can get out of hand. One common instance is when we see famous people—models, actors, athletes, or whoever—pick up a camera and have some success. The vitriol machine is currently pointed at Kendall Jenner, best known as a fashion model and reality TV personality. She has recently started working as a photographer and stopped by The Tonight Show With Jimmy Fallon to talk about her work.

During the segment, she shows off a couple of her magazine cover photos, and even breaks out her Contax T2 (one of the best and most iconic compact film cameras of all time) for a short photo shoot with Jimmy. All was well.

Then, however, the photo blogs and groups got ahold of it. The comments are brutal.

I’m not going to single out any specific sites or commenters, because that’s not what we do here, but I’d like to address a few important points that you might want to consider if you feel like being angry about Kendall’s photography aspirations.

Fashion models often spend a huge amount of time on photo shoots. They’re around cameras and they know how the process works. They know the flow of the day and what role each person plays on set. They understand lighting and camera angles. This is all crucial knowledge that—in context—is arguably as important, if not more important, than an abundance of technical knowledge. There’s a long history of models transitioning behind the camera. It’s a natural career progression.

We saw the same effect last year when David Beckham’s son Brooklyn was tapped to shoot the Burberry catalog. The photography community bristled, while the fashion community gave praise. You can’t discount the publicity value of adding another famous name to the shoot, even if it means a compromise in aesthetic.

Ultimately, though, I don’t think the overall decline in quality is as pronounced as many photography enthusiasts would have you believe. Big commercial and high-fashion shoots are a different animal. There are techs on hand, creative directors to work with, stylists to handle the looks. It’s a collective process, and being able to work effectively in that scenario is perhaps the most important skill that kind of photographer can possess. Experience is huge.

Let’s also not discount the fact that Jenner is a model herself. She has unique insight in how to get what she wants out of her subjects because she’s spent even more time in front of the camera. She’s heard the cues of some of the world’s most famous fashion photographers.

Before I wrap this up, I should make it clear that I do understand where the negativity comes from. I’m sure I’ve spent more time behind a camera than she has and I’d love to be shooting big fashion magazine covers, but I’m not. I am, however, willing to admit that there’s a lot more to all of this than time spent and technical knowledge.

So, if you’re angry about Kendall Jenner, take all that energy you were going to spend writing a mad internet comment and go shoot. We’ll all be better off for it.