You should buy an instant film camera—here’s how 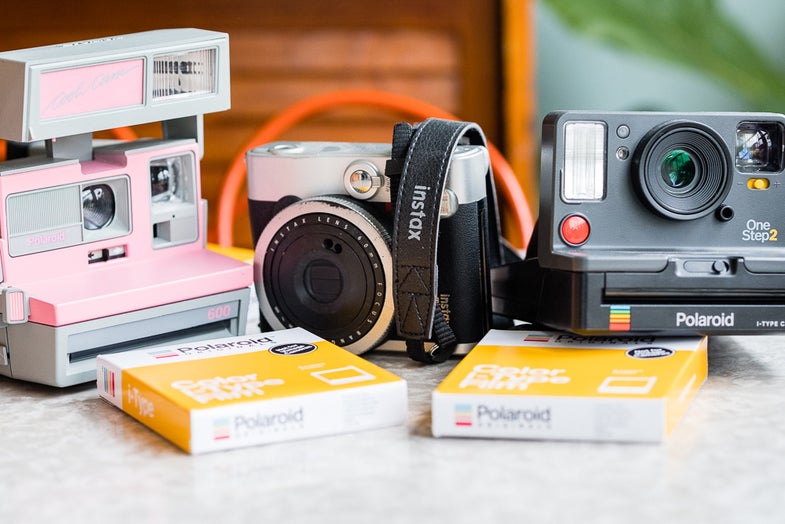 You have lots of choices when it comes to instant shooting. Stan Horaczek
SHARE

I’m a total nerd about film photography, but I realize it’s a niche hobby. It’s time-consuming and often involves gross chemicals that stain your kitchen counter. But, instant photography is different. Cameras that spit out self-developing and totally contained prints have been on a steady climb in popularity since the collapse of Polaroid back in 2001. Right now, however, is a great time to buy into an instant shooter because there are more camera and film options.

Stick with the chemical prints

Look for an instant film camera right now and you’ll find they produce two different kinds of prints. The first (and, as far as I’m concerned, best) variety uses a chemical development process. This is how the original Polaroids worked—each picture has a packet of chemicals inside that’s distributed across the image by rollers as it exits the camera. The photo develops in the truest sense of the word.

The other popular process is thermal-based and uses dye. One of the most common is called Zink, which began as a project within Polaroid itself back in the ‘90s. Rather than traditional photo chemicals, each sheet of Zink has layers of heat-sensitive dyes. Zink does have a few advantages, like the ability to produce a finished print in seconds instead of minutes, but it typically produces lower quality images that are more prone to smudging.

For this article, we’re going to stick to the more traditional chemical process used by popular brands like Polaroid Originals and Fujifilm Instax.

Step 1. Pick a size and shape for your photos

Once you pick an instant film camera, you’re locked into one size and shape of film. Which type of film you pick depends on a couple variables, including how much you want to spend per picture, how you want to display the images, and how much value you put on the nostalgia of the traditional, square Polaroid print shape.

Here’s a rundown of the most popular options: 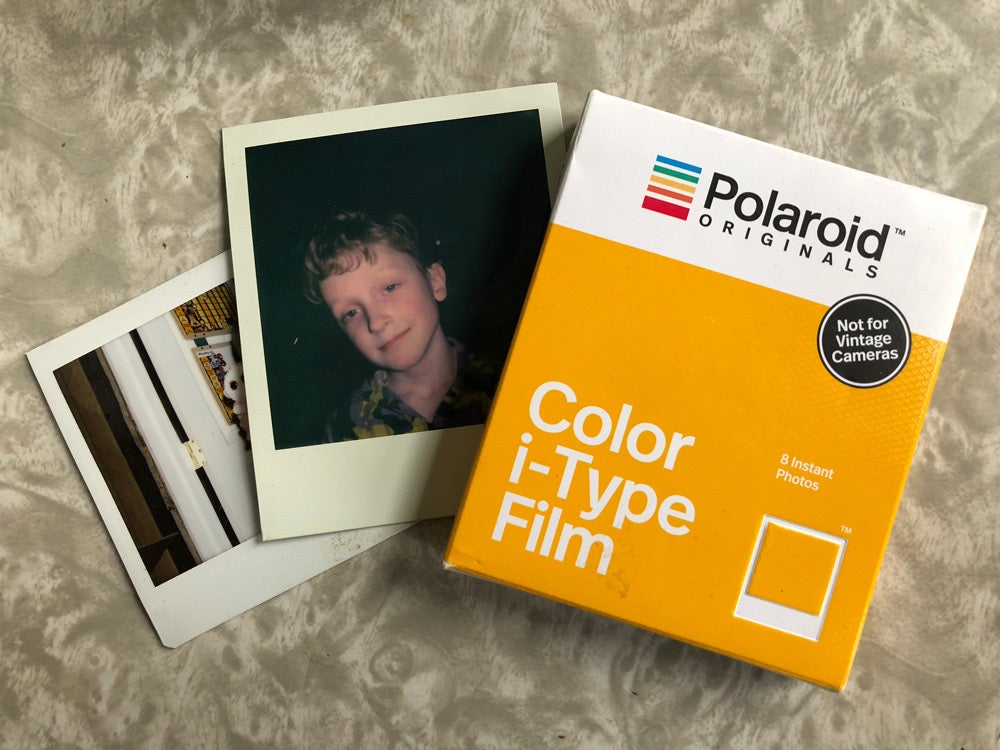 Instax Wide (left) and Polaroid Originals (middle) are the two largest options when it comes to instant film.

Personally, I prefer Instax Wide from a practical standpoint. The pictures are big enough that they’re easy to display, and even make nice digital files if you scan them with a flatbed scanner. The Instax Wide film is also typically more consistent than the Polaroid Originals film in terms of color accuracy and exposure. The Instax photos look more true-to-life, while the Polaroid images have a softer, more vintage look. I like both, but that’s not true of everyone.

Now that you know what your pictures are going to look like, you have to pick a camera to load into.

Here are some solid picks for each format of film.

For shooting with Instax Mini

This $100 camera comes in a variety of colors, has a sharp lens, and a bright flash, which is important because the film requires a lot of light. It’s also not as bulgy and ugly as some of the previous Instax Mini cameras.

At $133, It’s a little more expensive, but it has a more formal look that’s not as much like a toy. It also has six shooting modes and a rechargeable battery, which are upgrades over the Instax Mini 70.

This $135 camera has different lenses you can attach for various effects like wide-angle and fisheye. It can also do double exposures if you want to get really arty with it.

This is an extremely pricy option, which checks in at $389, but it mimics the performance of an old twin-lens reflex camera. Rather than looking through a viewfinder, you look down at the camera, which you hold above your waist. It has a sharp lens and a classic look for the price.

For shooting with Instax Wide

At $93, this is pretty much the standard when it comes to shooting Instax Wide. It looks a bit like Frankenstein in a tuxedo and it feels plasticky in your hands, but the lens is sharp, the flash is bright, and it’s simple to operate.

Step up to the $209 price tag and you get advanced features like manual exposure mode and a remote-control lens cap so you can set it up on a tripod and then take a picture with you in it. It also looks a lot better.

For shooting with Instax Square

The $279 price of this camera seems a little shocking, but the extra cost comes from the fact that this is a hybrid film and digital camera. It takes a digital picture, then prints using real Instax stock so you get both versions. The form-factor is a bit weird and the digital photos probably aren’t as good as what your phone already takes.

This purely analog camera checks in at $239, so it’s cheaper than the Fujifilm Hybrid. It also has a unique, fold out design that makes it look a lot cooler. Still, you’re paying more for square pictures than you would with a Polaroid Originals.

For shooting with Polaroid Originals

The new-old Polaroid camera costs $99 and works on pretty much the same premise as the old version. It feels like an old OneStep camera from 40 years ago.

What about vintage Polaroids?

Old instant cameras can be tempting, especially when you see them for dirt cheap at a yard sale. Many of them still actually work, too, but you have to be careful when using an old camera.

If you’re going to get a vintage Polaroid, make sure you buy the right kind of film. Most of the old cameras used Polaroid 600, which you can get from Polaroid Originals here for a little more than $2 per picture. The fold-up cameras typically use the SX-70 film, which is different from the 600.

One of the most common problems with old Polaroids is bad rollers that get seized up or don’t spread the chemicals evenly across the paper. It’s frustrating to waste a whole pack of $20 film on a broken camera, so consider buying something new unless you’re really set on vintage.

Your other option is to buy a reconditioned camera. Brooklyn Film Camera sells very nicely restored SX-70 and 600-series Polaroid cameras in addition to other analog shooters.

Step 3. Know when to buy

Summer is a great time to get into instant photography because the film typically requires lots of light to look good, and summer sun is perfect for that. Also, demand rises around the holidays every year, which tends to push the price of film up. In the summer, you can typically find discounts, especially if you’re willing to buy in larger quantities.