The commercial photographer ditched NYC for the South of France. And her new book, 'An American in Provence,' explores the region through photos, recipes, journal entries, and more. 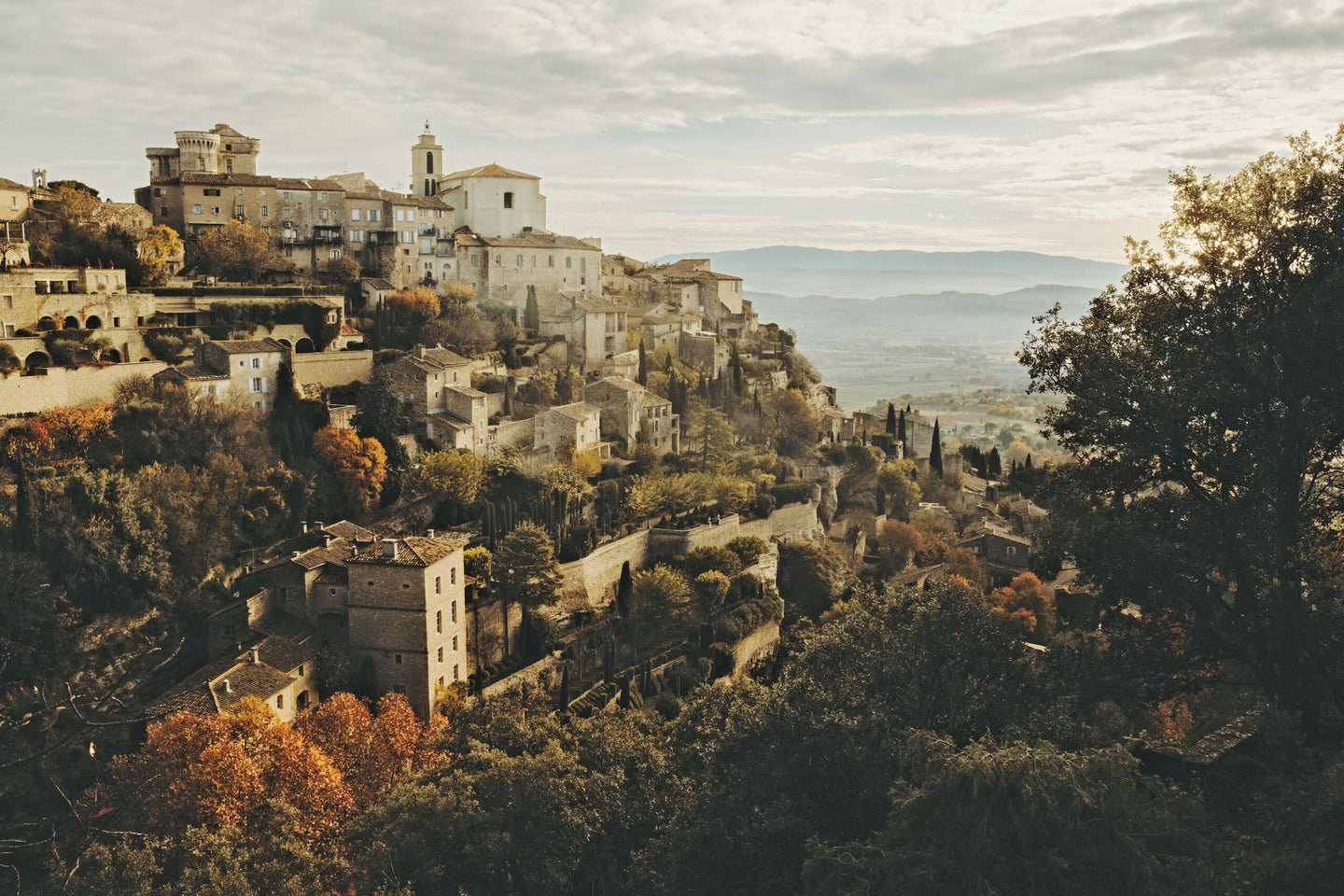 Six years ago, photographer Jamie Beck was seemingly living the life. She was running a thriving commercial photography studio in New York City and had all the trappings of success—prestigious clients from Vogue to Nike, a beautiful apartment, designer clothes, a vintage car. However, surrounded by what seemed like a dream was anything but—Beck found that she was dealing with a wild sense of inexplicable unhappiness.

During this time, Beck was spending half the year traveling for work, when a pair of jobs took her to the region she now calls home. A visit to the French village of Lacoste and then the perfume capital of Grasse left her enchanted. After experiencing a turbulent and frightening plane ride, Beck had an epiphany. She wanted to live in France before she died. Paris wouldn’t do; it was too much like New York. And so she went to Provence.

“It was just fascinating to me,” Beck tells PopPhoto about what compelled her to uproot her life. “The light was so beautiful. There are so many different textures, colors, senses, and essences that I’d never experienced before, that haunted me.”

An American in Provence

What was meant to be a year’s sabbatical turned into six years and counting in a small Provençal town. And now, Beck has a book to show for it. An American in Provence chronicles the landscape through the seasons via recipes, anecdotes, and, of course, photography tutorials, and Beck’s signature, painterly images that harken back to the Dutch masters. It is, in addition, a record of her own personal transformation.

“What I thought would be very external because it’s so beautiful and rich here, was also internal too,” she shares. “It changed me. Throughout this whole process of moving to France, I studied that change in the landscape outside my window, and within myself, through my camera.”

An American in Provence is exquisite in its deft marriage between the visual artwork and the writing. Paging through it, I wasn’t sure where to turn first—the beautiful photographs or the rich stories (and recipes) behind them. The images are a visual feast, garnering Beck a loyal following online. Though she writes that her life in New York didn’t permit her to create the type of art she wanted, she also didn’t land in Provence with a vision of still-life compositions and self-portraits. They are the result of finally finding room and time for play and experimentation, plus a pivotal interaction with her local cheesemonger.

“I was so present because there’s also not a lot of distractions here. There’s not so much noise. There’s no entertainment, things to go do. I just had my camera to entertain myself with and to play with photography again,” she recalls. “It opened that whole level up when the guy I buy cheese from asked me to make a still life of his cheese. It lit a fire. I was like, ‘Wow, what else is around us that’s just part of our everyday life that’s insanely beautiful?’ It’s about the life that’s around us and the beauty of that life. That was definitely not something that I had anticipated, other than just wanting to explore and play. Really to just play with photography again and see where that could lead.”

Over the years, the self-portrait has become another staple in the photographer’s repertoire. Allusions to Botticelli and other old masters abound in the deep shadows, rich colors, and perfectly placed hands. Beck notes that Van Gogh practiced self-portraiture in order to better understand light and color—she’s doing the same.

“It was just a study and a play,” she shares of the beginning. “To figure out a deeper direction in my portraiture photography. In the beginning, I was just playing, even though I had an idea. But now when I go out, I’m really trying to tell a specific story about my life.

Like the day at the market with the cheesemonger was a catalyst for her still life practice, Beck’s pregnancy with her daughter, who is now three years old, was a turning point in her study of the self-portrait.

“I became very in tune and attached to the land, into the seasons and becoming more a part of that. I wanted to express myself in that space,” the artist elaborates. “Documenting my pregnancy in a changing body was just a really fun aspect of that just because it’s just such an extraordinary experience that we go through. Now, I’m trying to do things that are even more elaborate and more painterly and more detached from what we typically see.”

For one who creates such elaborate scenes, Beck’s photography kit is surprisingly (and refreshingly) simple. She favors her Sony α7R IV with a 90mm Sony lens for her still life work; a 24-70mm for snapshots; and a 50mm and 35mm when traveling.

An American in Provence is a dance between the poetry of words and images. One moment, you’re dreaming of the tantalizing champagne-soaked violet sorbet, the next, you’re scrambling to assemble materials for a cyanotype tutorial—all while trying to peel your eyes away from the Provençal landscape, across which is periodically scrawled a line or two from her personal journals. It’s no wonder Beck has been hailed as the next Peter Mayle.

When quizzed about her favorite entries, Beck shares three, although as far as recipes are concerned, she prefaces that it depends on the mood. A good starter for the beginner cook, though, would be the whole roast chicken.

“We eat roast chicken all year round and the vegetables [are] the only thing that changes. It’s so delicious and it’s so French,” Beck reveals. “I just make the riser that you put the chicken on out of half lemon and a half garlic head. It’s super easy. You don’t even have to have that much equipment. It’s just butter, the secret’s butter honestly, and salt. As everything.”

She also mentions a violet sorbet made with champagne and a cyanotype tutorial, the latter of which she heavily advocated to stay in the book, as the analog process is popular in France.

“We have so much sun and they’re so easy to make,” Beck elaborates. “And we have so much landscape to forage and make things with, and the color blue is the [same] blue of the [sky] here. It just feels so Provence to me.”

Encouraging others to step into their creativity

As for what she hopes people will take away from the book? An American in Provence might be a love letter to photography, but it’s also an ode to beauty and the life you can create, if you dare. There’s something for everyone, whether or not you consider yourself a photographer or artistically inclined. According to Beck, creativity is present even in our most mundane activities.

“I think that we as humans enjoy creating and we are creators,” she says. “You can create a photograph obviously. You can create a painting. [But even if you’re not creative in the traditional sense] you also create dinner and you create your outfits and you create your home. There’s creativity in every aspect of what we do. It’s just part of our nature. I feel like on days in which we do create are better days for us as humans.”

An American in Provence is available for preorder now with a release date of November 8.