How To: Shoot a Vertical Panorama 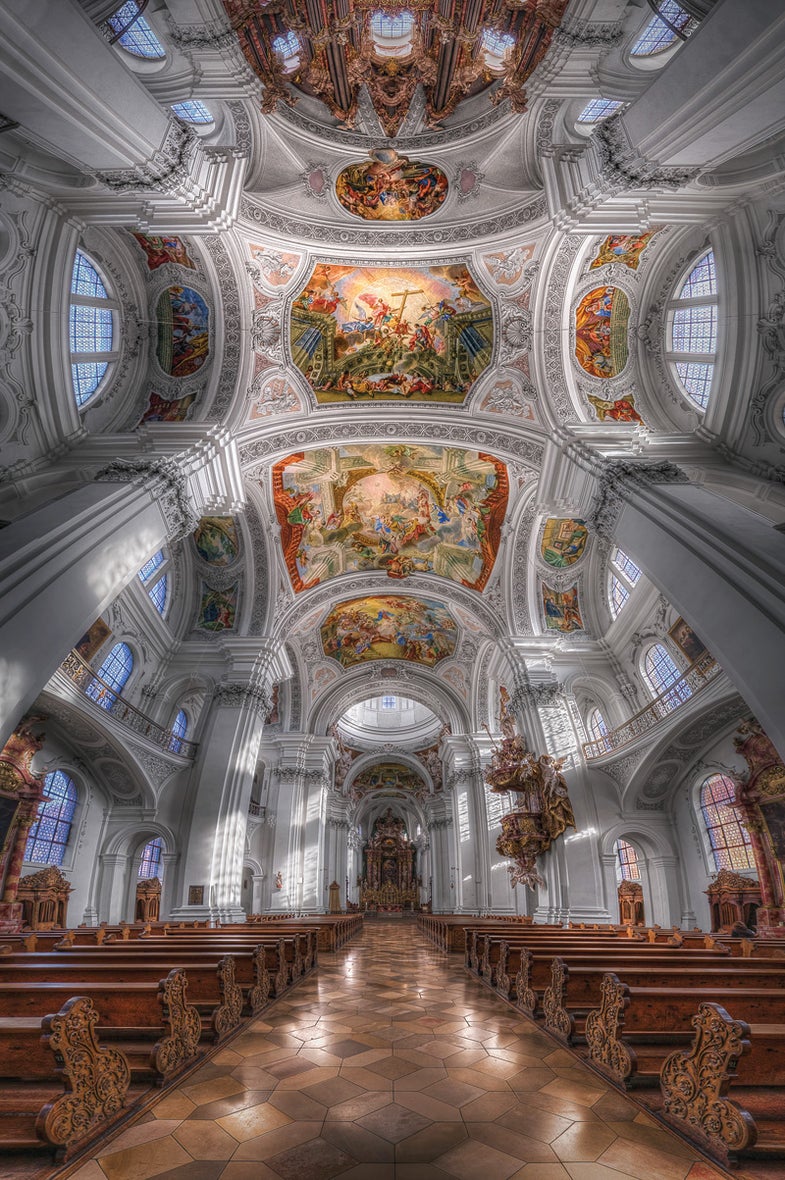 You’ve heard of panoramas, right? A vertorama—it’s a real term—is a panorama-like image made of vertical slices of a scene stitched together in software. Klaus Herrmann, a German computer scientist, did just that for this interior of the St. Martin Basilica in Weingarten, Germany. It’s five verticals joined together.

Why vertoramas? They let you photograph an expansive interior or landscape to include far more detail than you would get in a single wide-angle capture, and you end up with something like traditional pictorial aspect ratio (i.e., 3:2) and not the loooong sliver typical of stitched horizontals.