Tips from a Pro: Shooting a B/W Seascape 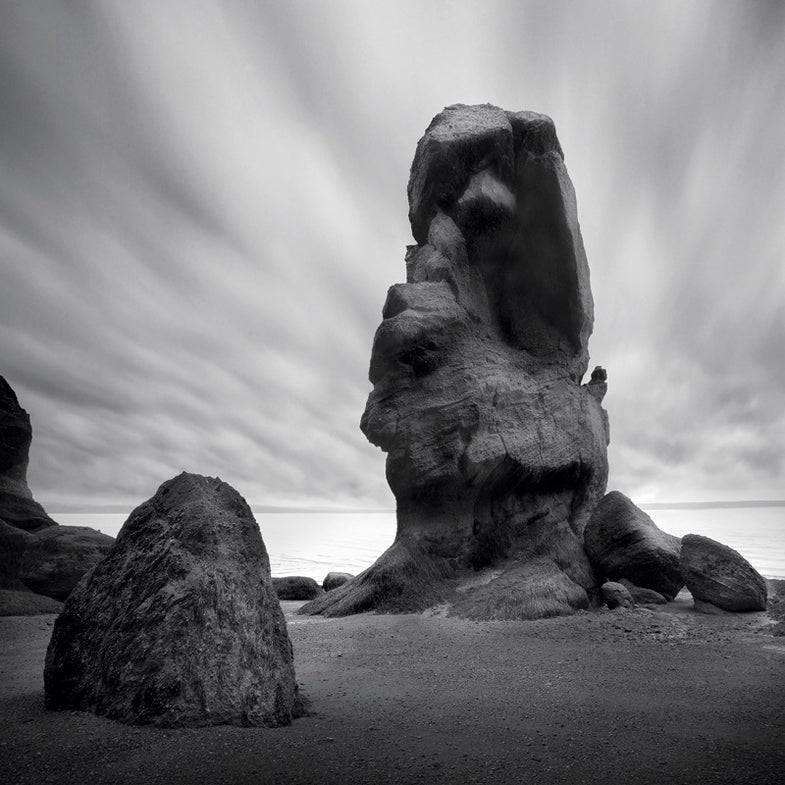 With a nod to its anthropomorphic side, levy titled this photo "Kiss.". Moises Levy
SHARE

On one level, landscapeand seascape photography rely on identical sets of pictorial techniques. But by exploiting the differences between them, you can create more powerful images at the shore.

Moises Levy, an architect and accomplished fi ne-art photographer from Mexico City, approaches seascapes photographically much as he does landscapes. “For both,” he says, “I try to fi nd middle ground elements that give the eye something to latch onto.” In seascapes, it’s often a boat, jetty, or rock. He also looks for cloud formations that can add interest to his backgrounds, and he photographs at dawn or sunset for the soft light. “Wide-angle lenses are a must for both,” he adds.

When shooting near water, however, he uses two techniques specifically:

Long Exposures. Whether landlocked or at the shore, exposures of 1/2 sec and longer can cause moving clouds to form spooky blurs of tone. But with seascapes, a slow shutter speed also blurs the moving water below, doubling the eerie effect. “Long exposures create images that the human eye doesn’t see in real life,” Levy points out.

Monochrome. Black-and-white works well with seascapes, because, except for colorful sunrise or sunsets, these scenes are monochromatic by nature: black rocks, white foam, blue sky, and aqua-green water. By converting your photographs entirely to black-and-white, you get more latitude in adjusting contrast, while retaining a natural look. Next time you’re beachcombing, give Levy’s techniques a shot. Or maybe two.

Now that you know what techniques to use, follow these steps for beautiful monochrome images:

**Step 1: Bring the right gear. **
To achieve the long exposures required to produce these clouds, Levy used a Lee 2-stop neutral-density filter . Also, because he knew he would have to deal with salt and sand, he used the Acratech tripod ballhead, whose exposed ball joint is easy to rinse clean.

Step 2: Location Scout.
“When I arrive at the beach, i make a quick visual tour of the complete area to familiarize myself with its potential,” says Levy. He returns to shoot during the soft, low-contrast light of early morning or late afternoon.

**Step 3 Make tests. **
Before investing time in composing a scene, Levy makes a quick series of long-exposure tests from 0.5 to 30 sec. “I want to see the actual effects that are possible with the clouds and water,” he explains. Long exposures alone don’t guarantee success. the clouds’ tonality, the water’s movement, and the direction of the prevailing light all must align.

Final Step: Consider HDR.
Many photographers today routinely combine over- and underexposed images to achieve wide tonalrange, HDR images. because Levy needed detail in the dark rocks and light water, he exposed each separately, combining them later in Adobe Photoshop CS5. He finally cropped the scene as a square, which he felt best balanced the composition.