She has pointed her camera at people in countless places from Iraq to Antarctica. 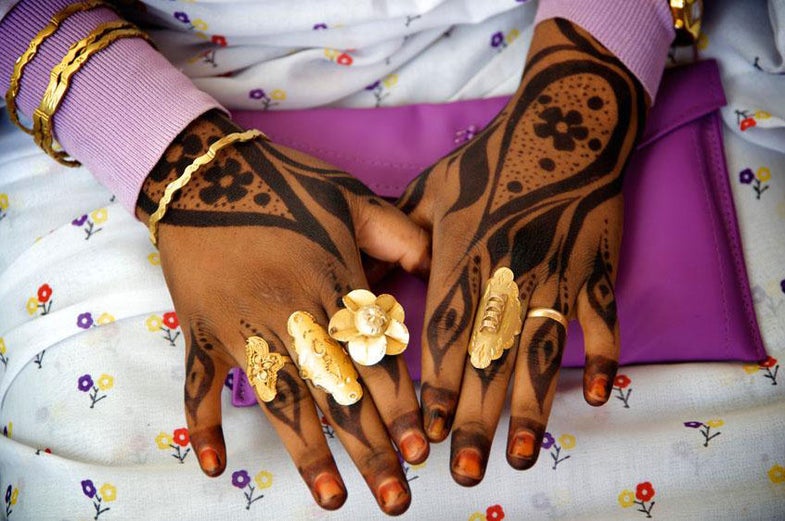 If you’re susceptable to being bit by the travel bug, looking through Alissa Everett’s online portfolio might pose a serious danger to your bank acount. For the better part of the last decade, she has been traveling the world, capturing the people, architecture and culture of places most of us have only read about. Some of them sound amazing, and some are downright terrifying. But in her travels she has learned a lot about how to make great images, even with language and cultural barriers standing in her way.

When did you really start to concentrate on travel photography?

I started working as a photojournalist in 2003, photographing the war in Iraq. And though I’ve always traveled and made photographs when I did, I didn’t make travel photography a focus until I returned from the Middle East in 2005.

Was there a certain place in the world that proved particularly challenging?

Each place has its own challenges. As a blonde woman, I tend to stick out wherever I go in the world, but I have been pleasantly surprised in some places by how easy it is to work. I was recently in Kyrgyzstan AND Tajikistan and I found the people more open to being photographed there, than anywhere I had ever been in the world. The areas that tend to be more difficult to photograph are areas that are heavily touristed. People get this feeling of tourists coming and sticking cameras in peoples’ faces without asking permission. That tends to make people more hesitant.

I have also spent a lot of time in the Islamic world–photographing women in any sort of a Muslim country is definitely a challenge. It takes a lot of time and building of relationships.

I find that people are open when you come from an open place. I go with a curiosity about culture, ethnicity and who my subjects are, and usually try to develop some kind of relationship. It can be as simple as a smile or gesture. It could be taking interest in a woman’s child. Each situation provides a different challenge. I take some time before I raise my camera. It’s always hanging by my side, but I approach people and get to know them a little bit before beginning to shoot.

I made one of my favorite portraits when I was in eastern Chad with a Darfuri woman at a refugee camp. This woman had the most incredible face with traditional scarification. She was quite old and wearing vibrant red colors. She was just fantastic. I asked if I could make her photograph, she refused. I respected her wishes and sat down with the family. After some time her daughter, who I had photographed earlier, started cajoling her and I was finally able to make three frames of this woman. It definitely took some time to get there, but of course it was worth it.

Have you had to deal with any overly negative reactions from people when trying to make a picture of them?

Not really because, if I’m going to make a portrait, I want there to be a connection first. But, I have definitely been in places where there’s a sensitivity to a camera even being around. If you’re photographing a street scene, people will turn around and say “no, don’t take my picture,” even when you’re not making a photograph of them. So, you have to be aware all the time.

Do you go out of your way to disguise your gear when you’re traveling?

It depends where I am. I always have a relatively inconspicuous looking Domke bag that I will throw my camera in, especially if I’m traveling through a city or a slum and I’m not actually shooting. When I am shooting, though, I always have the camera out. I find that in the time it takes to open the bag and get the camera out, the moment is gone. No lens cap. Ready to go.

What is your normal walking around gear set-up?

Do you do much with artificial light?

I always take a flash with me, but I very rarely use it.

What other gear do you find indispensable as a travel shooter?

I always have a graduated neutral density and a polarizing filter. As a photojournalist, I wouldn’t necessarily carry those. I also always have duct tape with me. I love my bag, too. I’m always using it to prop up my camera up for shooting in low light situations. You can really squash it down when you need to. I rarely carry a tripod while walking around the streets.

How do you back up your images once they’re captured? I imagine the risk for losing work is high when you’re traveling that much.

I’ve experimented with a lot of different things. I have a Wolverine hard drive I can throw my CF card in and it automatically backs it up. Once it’s done downloading, I’ll just put the card in my folder until I’m done shooting for the day. I don’t delete those cards so I have at least one back-up. I carry a couple of 500 GB drives and double back up to them. I do any sort of editing work in Aperture. It lets me go through my images from that day and make sure I’m getting what I need to.

**Is it difficult having to go through security in so many different places with a big sack of gear? **

You know, the place that I have the most hassle with that is in the United States. In other parts of the world, they inevitably stop me and open my bag, but it usually doesn’t take quite as long. I’ve spent hours in security where they go through every last little piece of equipment. They’ll take off every lens cap and swab each battery. It’s the price you pay. I just smile.

How do you learn about a place before traveling there?

I tend to do a lot of reading on the political situation. I like to photograph people and different ethnicities. I’ll comb the news or sometimes I’ll even get a general idea of a place by looking at a Lonely Planet or one of those kinds of guide books. I’ll also look at other photographs that are out there on some of the big stock photography sites. Then I’ll reach out to someone over there. I’ll talk to a travel agent — not an American one — about transportation, weather, festivals, etc.