Tips From a Pro: Peter Hurley on high-end headshot photography

The headshot king himself sheds light on how to get the perfect portrait. 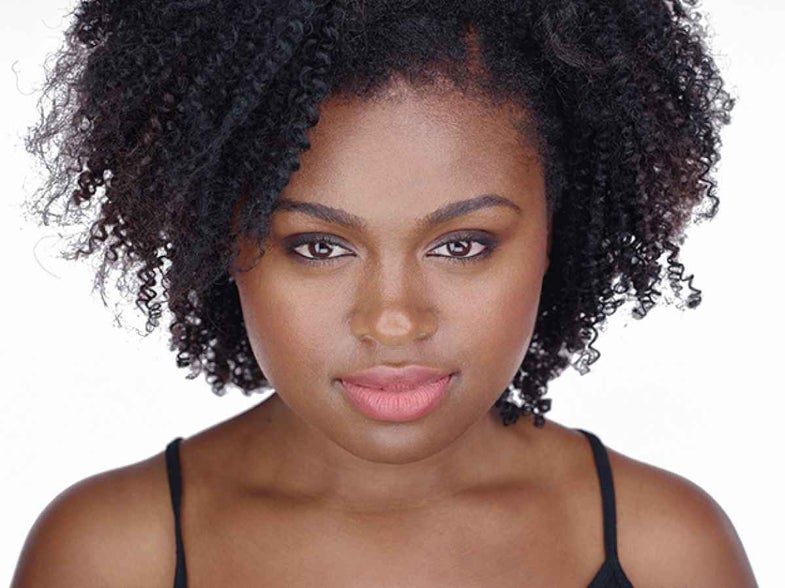 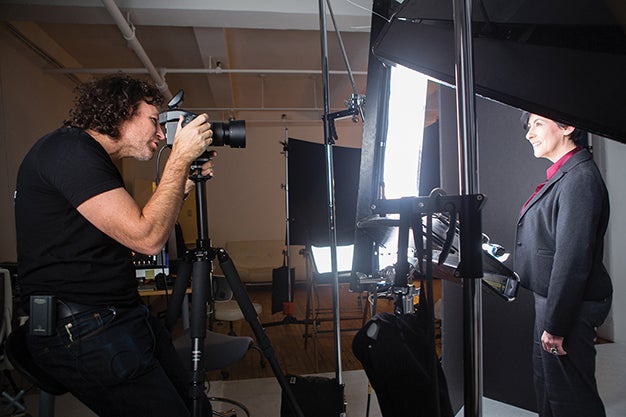 Actors and models often live and die by their headshots. For these essential marketing tools, many of today’s showbiz, fashion, and corporate pros call on one man: portraitist Peter Hurley. Here’s how he makes everyone look their best, and how you can do it, too.

Former major-league fashion model, Peter Hurley stepped behind the camera ten years ago. Since then, he has become the guru of the stylized form of commercial portrait we know as a headshot. Hurley runs satellite studios in New York and Los Angeles (peterhurley.com), has designed a wide range of photo products, hosts workshops, and will soon publish a how-to book bearing his name. How does this king of portraits make images that his clients love? It’s a combination of a finely tuned lighting setup and constant communication with his subjects.

For each client, Hurley sets an imposing goal: “I try to capture a look that’s unique to that person,” he says. All of us, he continues, have singular expressions and gestures that define our personalities. “That’s what I’m after,” he says. Part of this approach strives to create a photograph that has a quality he calls “lookability”—it shows something in a person’s facial expression, posture, and body language that engages and holds the attention of viewers (especially casting agents). 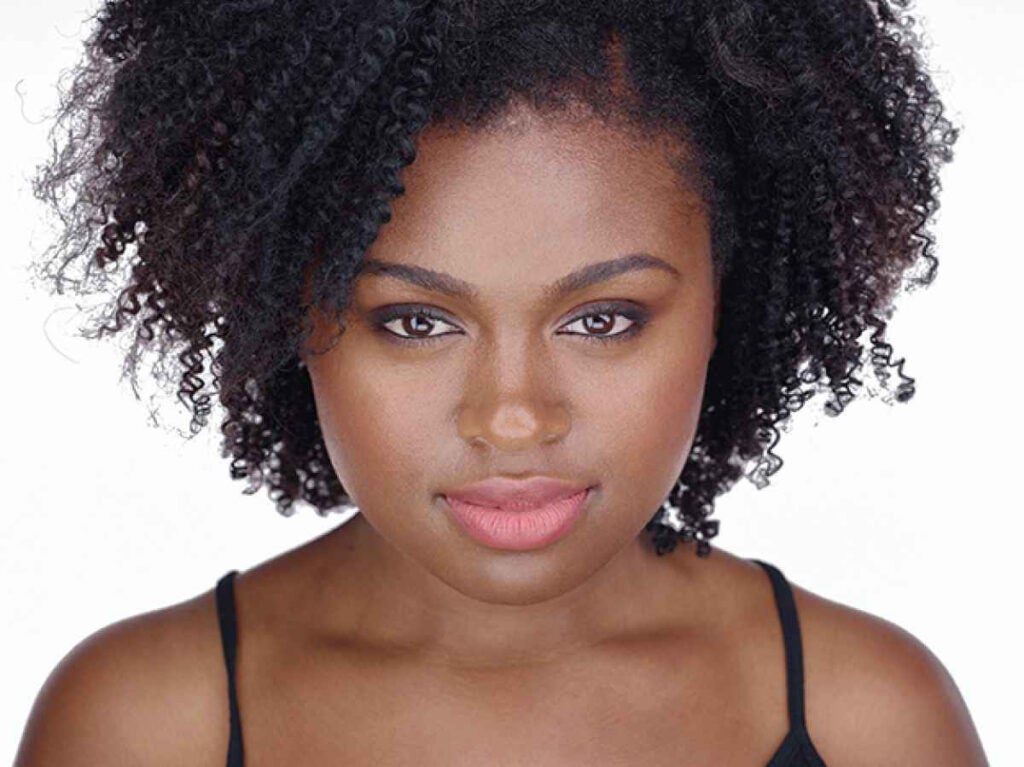 “I try to draw colorful expressions and reactions from my subjects the entire time we’re shooting.”

The path to lookability starts the moment a subject enters his studio. Hurley greets each person at the door and immerses him or her in nonstop attention and chatter. “When you’re in front of my camera, I never shut up,” he laughs. “I try to draw colorful expressions and reactions from my subjects the entire time we’re shooting.” For him, “headshots are 10 percent photography and 90 percent communication.” Hurley’s banter can be so engaging that, he says, “eventually the camera will disappear for many of my subjects.”

Hurley is also supremely confident. His self-assuredness grows from working with a studio setup that’s relatively unchanging from day-to-day. Automated and locked in, his shooting techniques have become second nature to him, and when a session begins, he’s not thinking about the lights, camera, backgrounds or even what to say. He’s entirely focused on the client. “Just as important as the gear, you have to decide what you will say when you’re shooting, and practice in every session to perfect it,” he says. 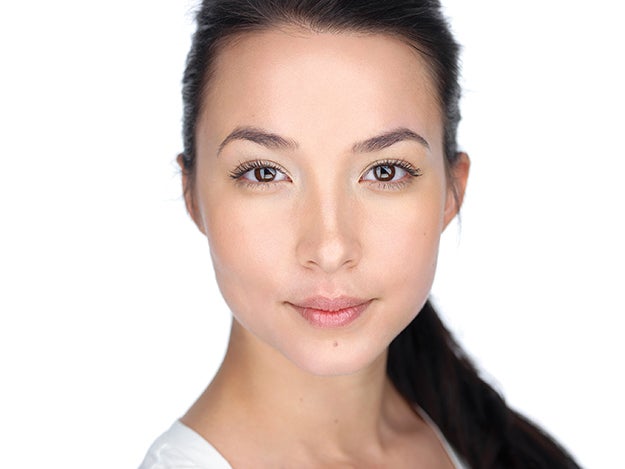 For women, this lighting usually fills in every shadow, rendering complexions smooth and wrinkle-free.

He builds his lighting around banks of 1×4- and 1×2-foot Kino Flo fluorescent strip lights configured in a triangle or square that he places close to the set to frame the subject’s head. Standing behind the lights, he shoots through a triangular or square opening, just feet from the subject. His lighting is bright, even, and soft, but with a brilliant crispness that’s strikingly flattering. For women, this lighting usually fills in every shadow, rendering complexions smooth and wrinkle-free. “For men, I often don’t fill from the bottom. I like men to look a little rugged. I like to see the detail in their faces, and don’t mind lines and other imperfections. It gives them character,” he says.

As the shoot progresses, Hurley searches for what is commonly called a person’s “best side.” He will ask subjects to angle their heads slightly one way, then the other. “Finding a person’s most attractive angles is a skill photographers have to develop,” he says. “Even very slight rotations of the face can make a huge difference in the image. It requires a trained eye.”

Usually this skill comes from looking at each feature of the face—eyes, nose, forehead, mouth—and noticing when each looks its best. The process is very subjective, he says, and is “all about how the features play off of each other to create an overall impression.” 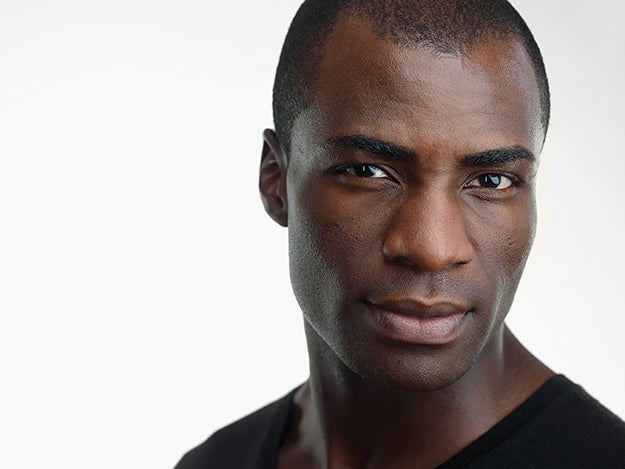 Start, for example, by looking at your subject’s nose. Some are curved or lean to one side. If you see that, make slight changes to the angle of the head, and find a place where the nose looks a little straighter. “Most people prefer
those shots,” he says. Finding angles that accent a person’s attractive features—and conceal the unattractive—requires focus, and “is usually achieved with tiny adjustments to the angle of the face or the way the light falls on it.”

Another goal? Defining the bone structure or architecture of a subject’s face. Hurley starts by clearly defining the jawline. “I will not shoot anyone unless his or her jawline is extended,” he says. “If a person stands normally, with their chin slightly tucked in, you get something of a double chin, even with people who aren’t overweight. It’s not good.” 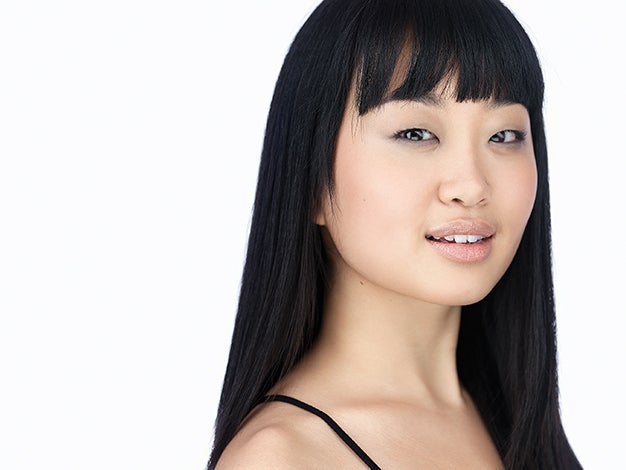 Extending the jaw is where all my work begins.

To accent facial structure, he asks his subjects to bring their foreheads out and angle them down slightly. It has the effect of extending and better defining the jawline. “Like magic, moving the forehead out and down pulls the skin taut around the jaw and reveals bone structure and the shape of the face more strongly. If you don’t see that jawline, you get a round face. Extending the jaw is where all my work begins,” he says.

Most headshots have a common structure: the crop is tight around the subject’s face and the person looks directly into the lens. Headshot photographers want their subjects to engage with the camera, and the more expressive and animated a face’s moveable features are (eyes, eyebrows, and mouth), the more successful the portrait will be. Blank, dreamy, or pensive expressions are okay for some portraits, but not headshots. 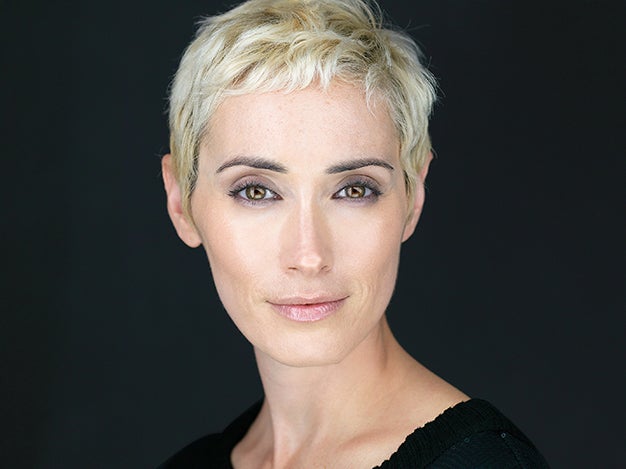 He orients his headshots as horizontals, instead of the more conventional verticals.

Hurley follows these conven­tions, but he also styles his por­traits so they stand out from the competition. He orients his headshots as horizontals, instead of the more conventional verticals, for example. Even more unusual is the way he crops the top of a person’s head, as demonstrated in all the portraits here. One reason why? “I like getting close to my subjects,” he says. If he moved his camera back far enough to include the entire head, chatting wouldn’t be as intimate or easy.

The top crop also lets him include more of the subject below the chin. “Information like the shape of the neck, a necklace, or whatever wardrobe subjects wear, is more important to me than the top of their heads,” he says. (Men with receding hairlines tend to agree.) 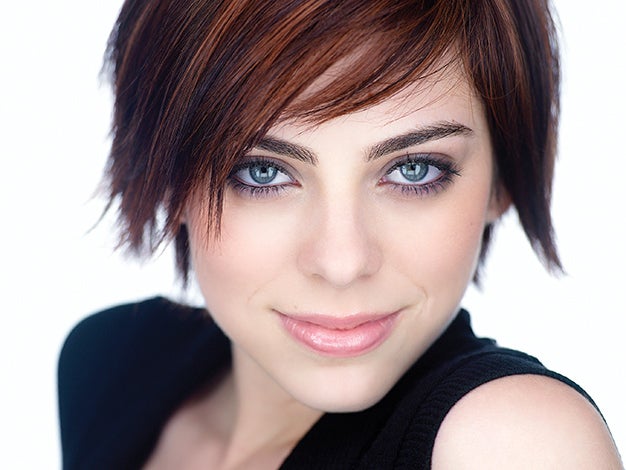 By cropping the top of a subject’s head, Hurley is able to enlarge the eyes for a more expressive portrait. This headshot also shows the importance of subtle but flawlessly effective makeup.

“I also like the eyes above centerline,” he says. “Placing the eyes too low in the composition can rob the portrait of a face’s natural symmetry and doesn’t communicate the subject’s personality as strongly.” This tighter crop also allows the eyes to take up more space and gives them more presence.

Another signature element of the Hurley headshot is something he calls “the squinch.” (Several portraits on our opening spread illustrate it.) A squint-like facial expression that’s centered in the eyes, the squinch gives the subject an intensely focused look, as though he or she were reacting very seriously to something the photographer has said or that the viewer might be thinking. 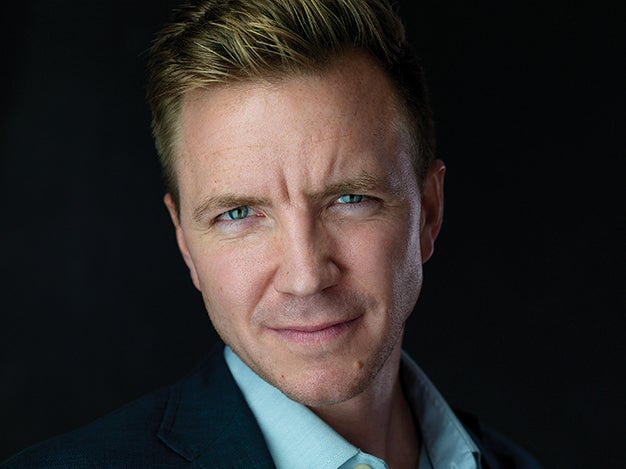 When lighting men, Hurley often won’t use a fill light from below. The resulting shadows add character, he says. To make sure the head is adequately shaped, he will often add an accent light, as seen on the man’s left cheek and chin here.

A subject squinches by raising just the lower eyelid a bit. “It’s not a full squint, but a slightly pinched look,” says Hurley, and he reaches for it whenever a subject’s facial expression takes on a deer-in-headlights look that he feels communicates discomfort. While the squinch takes most subjects some practice to perfect, once learned it can lift the portrait from boring to brilliant in an instant.

A few more of Hurley’s many tricks? If the energy in the studio starts to ebb, he throws on the brakes and asks for a wardrobe change. When the subject returns in new duds, the shoot will be reenergized—a great reason for asking subjects to bring a few changes of clothing. 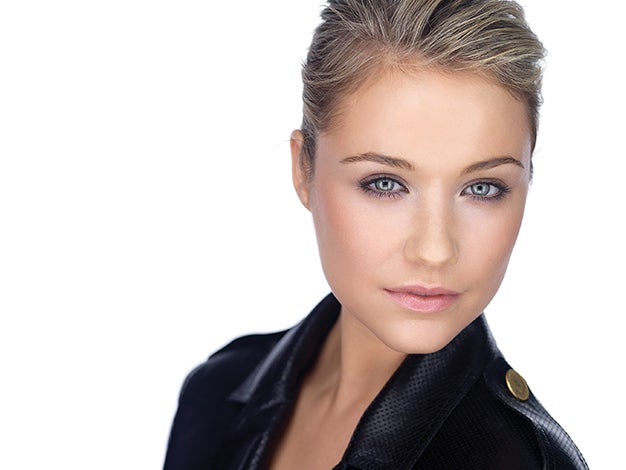 To clearly define head structure, Hurley asks subjects to extend the chin and present the jawline. Here, it also moves the face forward, drawing attention to it by throwing the far shoul­der out of focus.

Also, to keep subjects with dark hair or clothing from fading against a black background, Hurley has developed his own matte black background boards (called HurleyPro Pro Boards). They have a chalky matte-like surface that grays down a little when faintly lit and causes darker subjects, as above, to pop cleanly off darker backgrounds. 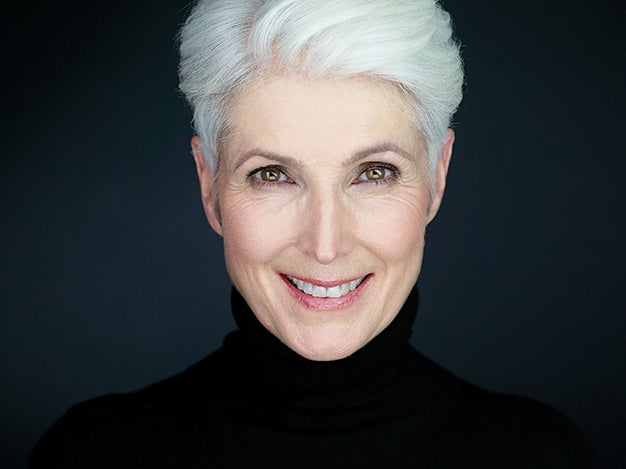 As the reflections in the eyes reveal, Hurley surrounds women’s heads with light sources to fill in shadows for luminously glowing complexions.

He actually prefers white backgrounds, though. “They’re timeless. I’ve noticed headshots that I made in 2004 look like they could have been taken last week,” he says. To us, though, all his portraits seem timeless, no matter the background.

For our video of Hurley in action on this shoot and more tips from the master, check this out.